The Canadian cannabis company, Organigram, a leading innovator in medical and recreational indoor crops, will start marketing four of their most popular high-quality and products in Israel this week. The firm sees the Israeli cannabis market as a great opportunity to expand their business and expects to create a positive reputation thanks to their selected cannabis products. 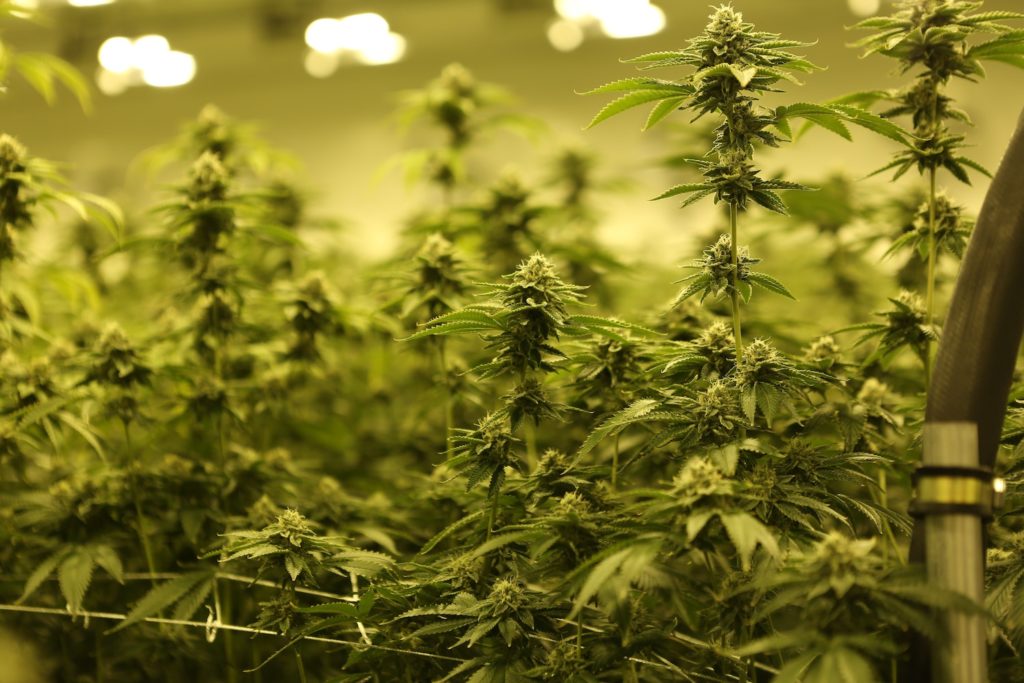 Starting from this Tuesday and throughout the month, 4 quality cannabis strains from the Canadian company ‘Organigram’ will arrive at the pharmacies in Israel – one of the world-famous cannabis companies and one that is considered an expert in indoor crops that allow optimal accuracy of growing conditions.

‘Organigram’, which has been operating in the Canadian market for about 7 years in the medical cannabis industry, also entered the legal leisure market in 2019. They started out with the intention of marketing only organic cannabis, hence their name.

The company’s growing facility, in the province of New Brunswick in Canada, covers an area of ​​56 acres and consists of 3 floors of plants that receive the same metrics of light, humidity, temperature and fertilizer. The facility supplies about 80 tons of what they call ‘premium cannabis’ a year.

Julie Chamberlain, Deputy Director of Marketing at Organigram, said that the company sees the Israeli market as a primary target. Accordingly, she said, they sent to Israel their most popular varieties, and of the highest quality, identical to that sold in Canada.

If you want to know more about the cannabis market, how Canadian companies are starting to sell their products in Israel, and to find out the latest cannabis news, download the Hemp.im mobile application.

“We grow varieties under micro-climatic conditions specific to them, with temperature, air movement, light and humidity tailor-made to reach the ideal conditions for all genetics and thus reach its maximum potential in apartments and regularly”, Chamberliain explains.

According to a report submitted by Organigram to Nasdaq, more than $200 million was recently invested in the growth facility, including the construction of 3 growth floors that will allow them to significantly reduce production costs, and accordingly the price of its products to consumers in Israel.

“The quality of flowering buds we sent to Israel is just like the one sold in Canada”, she reassures in response to rumors that 10 tons of cannabis from other companies imported to Israel so far in 2020 are mostly “leftovers” that have not been sold in Canada or Europe.

“The varieties we sent to Israel are considered ‘Top Shelf’ products in the medical market in Canada”, she promises. “Together with ‘Canndoc’, we selected our 4 most popular varieties, in order to present a complete portfolio of quality cannabis to patients in Israel as well.”

A variety of Canadian cannabis will hit stores in this week

Two of the four varieties will be marketed this week in selected stores ‘Ultra Sour – Sativa T20’ considered the company’s most popular, and ‘Kanata – indica T20’ rich in terpenes.

The Organigram varieties were brought to Israel as part of a 7½-year cooperation agreement with the Israeli company Canndoc. These varieties, and others that will arrive in the coming months and years, are marketed under the branding of a new series called ‘Canndoc Indoor’.

The Canndoc Indoor series joins the previous series, ‘Canndoc Diamond ‘, which was launched in partnership with another large Canadian cannabis company, ‘Tillery’. Soon Canndoc is preparing to launch a third series, ‘Canndoc Utopia’.

Some details on the new products hitting Isreali shelves

Chamberlain provided details about each of the 4 new strains. She emphasizes that these are varieties rich in Terpenes, the components responsible for the taste and smell of cannabis, and are found in these varieties in a relatively high amount of about 1.5% -2%.

‘Ultra Sour’’ is, according to Chamberlain, the most popular strain of Organigram, a THC-rich and juicy sativa dominant with an aroma of a sour-sweet taste (1.4% terpenes). “This is our best-selling variety and is rated as a top-pull product in Canada,” she emphasizes.

‘Kanata’, named after one of the first Native American tribes to settle Canada, is, according to Chamberlain, a dominant Indica-purple variety, with a sweet scent reminiscent of roses and apples (1.9% terpenes), and boasting highly compacted and fleshy flowers.

The genetic origin of ‘kanata’ is in the hybridization between two well-known and very popular strains and contains between 18.5% and 20.3% THC.

‘Acadia’ is a dominant Sativa variety known for its dense, trichrome-dense inflorescences, and its earthy pungent-sweet aroma (1.6% terpenes). It is named after a historic region located in the eastern part of Canada, in the territory of present-day Quebec Province.

According to Chamberlain, a very dense Indica dominant variety, known for its sweet, cherry aroma, and emerald hue (1.2% terpenes). In addition, she notes that the strain has a ‘heavy’ effect physically and mentally, and is therefore suitable for the evening hours.

The impact characteristics of the variety, along with an aroma that is said to be reminiscent of Afghan cannabis, are what have earned it the nickname ‘Hash Plant’. It contains 17.4% -18.4% THC and among its members of the ‘Canndoc Indoor’ series will be the last to hit stores, probably only in about three weeks or more.

Finally, Chamberlain would like to emphasize once again that Organigram is entering the Israeli cannabis market with the sincere intention of exposing cannabis patients in Israel to premium products, in order to establish a regular and loyal customer base here. Time will tell if her wish will come true.