The cannabis-infused drink company, Cann, has sold 150,000 cans of THC and CBD-infused, alcohol-free beverages since its launch in May 2019. Thanks to its investment of $5 million from the company Imaginary, Cann hopes to break through the legal obstacles and overcome investors around the viability of cannabis as a business. Cann wants to transform the social alcohol drinker into a Cann consumer. 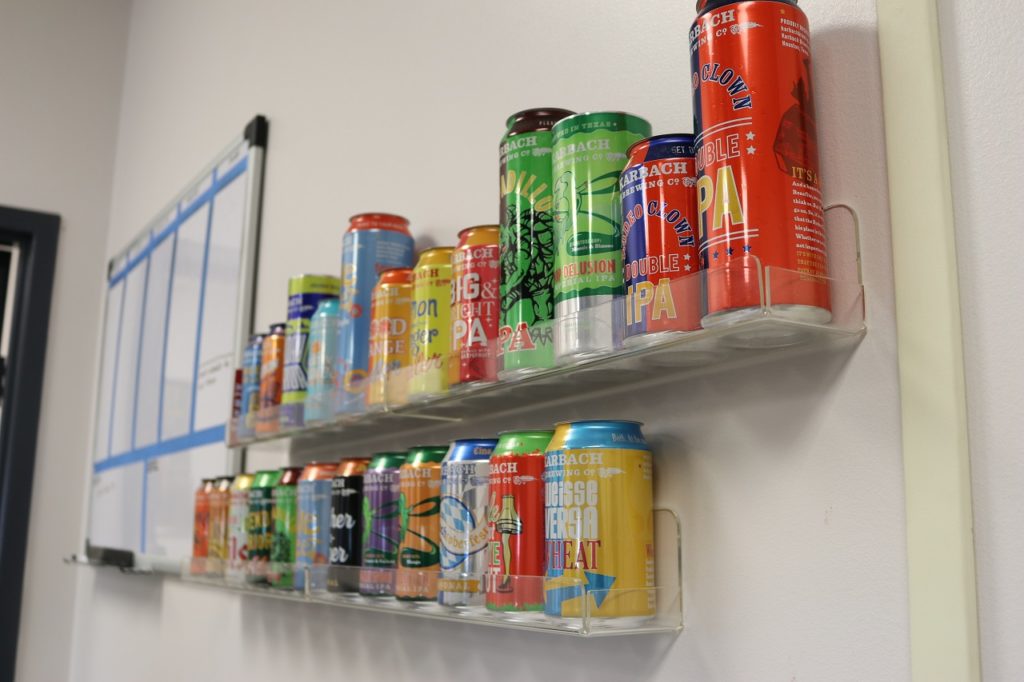 Cann, a company specializing in cannabis-infused beverages, has just acquired $5 million in financing to improve its production and distribution capacity.

This new deal should make it possible to overcome the skepticism of future investors regarding this market and promote more responsible practices among the new generation of consumers.

Get the latest cannabis news and information about cannabis products with the Hemp.im mobile app. With the Hemp.im app you can view the complete collection of articles and commentary on the cannabis and CBD industry.

Launched in May 2019, Cann has managed to sell 150,000 cans of its cannabis-infused beverage despite an inadequate production infrastructure.

According to Luke Anderson and Jake Bullock, co-founders of the company, actual demand far outstrips supply. With this new investment, Cann plans to expand its distribution network by covering all states where cannabis is allowed to be marketed.

According to Cann’s founders, the cannabis-infused beverage marketed by their company contains 2 mg of THC and 4 mg of CBD and should be of more interest to the consumer than vaporizing or smoking. Anderson and Bullock’s ambition is to transform the social drinker of alcohol into a Cann consumer.

To achieve this, the company is banking seducing consumers by defining a more affordable price: $4 for the Cann cannabis-infused beverage, or $24 for the six-pack against $27 for competing drinks.

In addition, the $5 million investment is expected to enable the company to double its third-party services and develop its own distribution and delivery channels.

It should be noted that this amount comes from new investors led by the investment company Imaginary and by JM10, a cannabis company.

According to Anderson and Bullock, Cann is currently hampered by distribution constraints with dispensaries, and the company’s cannabis-infused beverages can hardly appear on grocery store shelves.

Furthermore, the small number of authorized distributors (600) does not allow the company to cover a mass-market customer base despite the fact that the market is in strong demand. As a result, few THC and CBD drinks appear on the shelves of shops.

However, if the company is able to overcome supply chain obstacles, Cann’s founders are confident that their cannabis-infused beverages can compete with traditional liqueurs.

To overcome these barriers, Cann is considering new distribution offerings. In particular, it plans to collaborate with Space Station in Sacramento, California to increase its production volumes.

Cannabis-infused beverages show that younger generations are moving towards sobriety

“We are trying to create a product that can appeal to mainstream consumers,” said Bullock.

Investors like Massenet view the investment in companies like Cann as a bet on the increasing movement toward sobriety among younger generations.

“We have been tracking the new generation of consumers who are searching for and embracing new forms of responsible social drinking which do not involve alcohol,” said Massenet.

“Cann, with its formulation that has the potency of a light beer without alcohol or calories, addresses this growing trend in a brilliantly formulated series of cannabis-infused beverages. Being obsessed with backing the best new disruptive consumer product companies, Imaginary also loves the fantastic branding and positioning of Cann,” she added.

(Featured image by  Elevate via Unsplash)

First published in Fred Zone, a third-party contributor translated and adapted the article from the original. In case of discrepancy, the original will prevail.