While cafes may be all the rage in Amsterdam, investors are starting to look towards cannabis startups in the Netherlands. In Canada and the United States, it is already quite common to invest in cannabis. Greenmeister is one cannabis startup in the Netherlands that will present their plan at the Cannabis Capital Convention in the Compagnietheater. They are in search of wealthy investors. 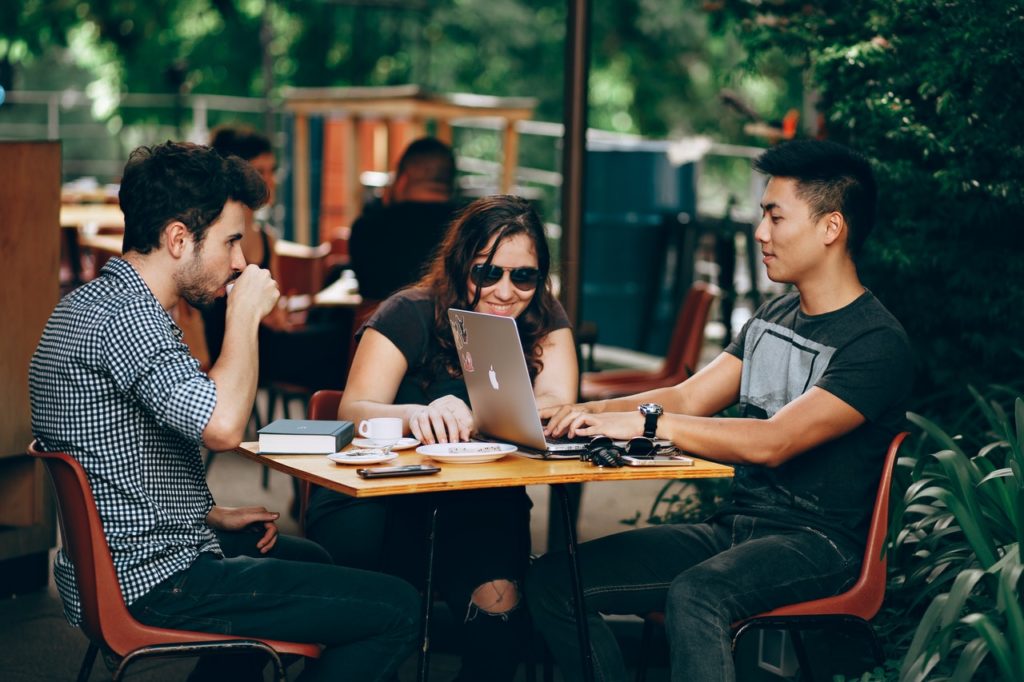 While cafes may be all the rage in Amsterdam, investors are starting to look towards cannabis startups in the Netherlands

While cafes may be all the rage in Amsterdam, investors are starting to look towards cannabis startups in the Netherlands.

In Canada and the United States, it is already quite common to invest in cannabis. The organization of the Cannabis Capital Convention in Amsterdam believes that this should also be the case in the Netherlands.

In Canada and America, we have made so much progress in the cannabis market. But it’s tough to keep up-to-date with all the latest cannabis news and that’s where the Hemp.im app comes in.

Sparking ideas for cannabis startups in the Netherlands

The scent of marijuana in the streets stimulates the senses and attracts the attention of a group of tourists. How do they get that ‘green gold’ themselves, they ask.

An Amsterdammer points them to a coffee shop, where they enter a few minutes later, giggling with excitement.

The scene that takes place in the heart of Amsterdam is often witnessed by the Dutch inventors of Greenmeister.

They came up with the idea of developing a “TripAdvisor for coffee shops.”  As such, Greenmeister became a digital guide that navigates tourists to their joint.

A collection of ideas at the Cannabis Capital Convention

Greenmeister is one cannabis startup in the Netherlands that will present their plan at the Cannabis Capital Convention in the Amsterdam Compagnietheater. They are in search of wealthy investors.

Now that the government has the courage to carefully experiment with regulated cannabis cultivation, a cannabis market is slowly developing, in which supply and demand meet in the ‘upper world.’

“The Dutch cannabis industry has so much talent. We would like to give that a stage,” says organizer Peter Vermeulen.

“Banks are reluctant, so cannabis start-ups are looking for private investors. Venture capitalists who want to make the move. We organize a network meeting every month,” says Vermeulen, who himself has shares in three foreign cannabis projects.

Investing in cannabis startups in the Netherlands and abroad

There, Van der Reijt will soon introduce a company from Leiden that has developed a cannabis pill that helps against chronic intestinal disease.

“You take a pill that heals you without getting stoned,” he says.

“I have been in this market for four years now. My focus is entirely on the medical side. I am passionate about this industry because we can really heal patients. I’m proud of that,” he says.

Keeping up with investment trends

The investor sees that the European market is still in its infancy, but that will change in the coming years.

“In more and more parliaments, politicians will see that cannabis has a healing effect, and then they will no longer be able to avoid legalization,” he says.

“I recently bought a stake in Cannakids, an American company that develops cannabis medication for children with cancer or Parkinson’s disease,” continues Van der Reijt, “My financial background is essential. Scientists and doctors do not have a commercial approach. We help them with investments and put them on the commercial path.”

Van der Reijt invests in the Canadian, Israeli, American and Chinese markets. Regulation is much easier there since they are much more flexible with medicinal applications of cannabis.

“I am now investing a lot in cannabis oil. That’s big business,” he says with sparkling brown eyes.

Equally enthusiastic is the American actor and cannabis pioneer Jim Belushi, who treats the public to an argument about how to win over investors as a cannabis grower.

Peter Schouten enjoyed Belushi’s story. Schouten is one of the four directors of Project C, which wants to participate in the government experiment for cannabis cultivation in the Netherlands.

“This atmosphere is reminiscent of The Wolf of Wall Street,” says Schouten in the lobby of the theater.

Besides being a weed and hash pioneer, Schouten is also a criminal lawyer.

“From my experience as a lawyer, I saw that the current policy does not work. The mixing of the upper and lower worlds is facilitated by soft drugs. One of my clients got tortured when he wanted to get out of that world,” he says.

Schouten points to the coffee shop next to the theater, “A million people use soft drugs, but there is no government control. That’s ridiculous. We must absolutely legalize cannabis: at least in this way we would know what is being smoked, we could go against street trading and we could draw a line between the two worlds.”

Schouten has been working on Project C for two years. The preparations are not easy, because no bank is willing to provide the cannabis entrepreneurs with an account.

Interested parties can buy a membership in the cooperative for $276 (€250). Schouten hopes that a thousand people will sign up so that he will have the necessary starting capital and will be able to pay the bills.

”We also put money into it ourselves. Our ambitions are great: we want to raise $18 million and supply 12 tons per year to coffee shops,” he says.

In the Compagnietheater Schouten is looking for candidates.

“The first serious and professional investor has already come to us,” he says.

But Project C cannot be achieved with just money, which is why Schouten approached Karin Bloemen to become an ambassador.

“Arjen Lubach and Jeroen Pauw are also very welcome. And then they get a share as well.”

First published in deVolkskrant, a third-party contributor translated and adapted the article from the original. In case of discrepancy, the original will prevail.