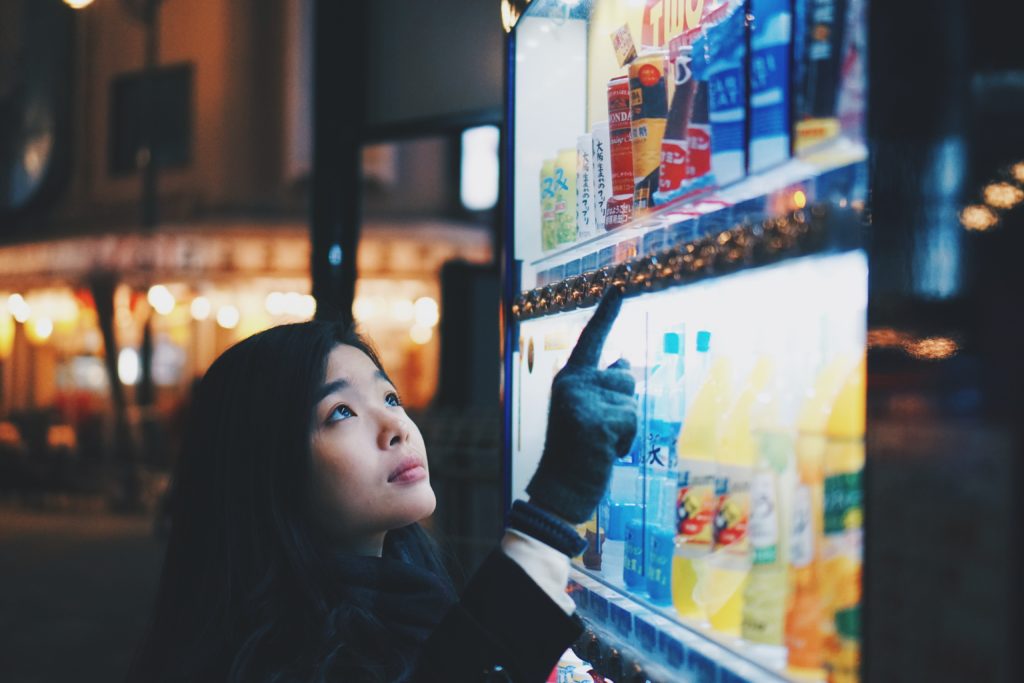 Many businessmen were very interested in the idea of cannabis vending machines. That soon resulted in vending machines selling cannabis appearing in the center of cities from Athens to Vienna.

To stay up to date with cannabis news from the United States and around the world, investors can check out Hemp.im.

The hemp.im cannabis news app provides the latest happenings in the cannabis sector.

What are cannabis vending machines

The first cannabis vending machine appeared in 2014 at B.C. Pain Society, a dispensary in Vancouver, Canada.

Cannabis vending machines operate by scanning a customer’s medical cannabis ID or driver’s license to verify that he or she is at least 18 years old and allowed to buy cannabis.

The most modern machines have touchscreens, offer extensive information about the products, and even let customers play video games.

The CBD vending machine in Greece

The first vending machine, with a cannabis inscription on it, was installed in the heart of the Greek capital, in February 2019.

The machine belongs to the Greek company Hemp Oil, which sells hemp products under the brand name, TERRE. Everything is legal because the products are THC free.

The owners assure customers that their products only contain cannabidiol (CBD). CBD can be grown and used for medical purposes in Greece.

In August 2018, the devices were placed in the medical dispensaries, Erba Collective and Marina Caregivers, in Los Angeles.

The idea was born when one of the founders, Zack Johnson, was waiting in a line to buy cannabis. In 2017, he established the Greenbox Robotics. It took him a year to build the kiosk.

The cannabis vending machine struck even the most sophisticated patrons. The Greenbox brainchild is an interactive touchscreen kiosk that can sell multiple items in a single transaction.

The vending machine describes the product and its effects. After payment with a bank card or Apple Pay, the robotic arm of the device takes out the selected product. The whole process takes no more than three minutes.

According to Johnson, the kiosk can identify a customer by documents and face recognition technology.

In March 2012, a vending machine for cannabis was delivered to a club in Auckland, New Zealand.

The initiators were cannabis legalization fighters who are united by the National Organization for the Reform of Marijuana Laws (NORML).

The device was programmed to issue a container of cannabis in exchange for $12 (NZ$20). As such, the vending machine aroused great interest among the club’s visitors.

Smoking marijuana remains illegal in the country. However, in the case of the NORML machine, it is impossible to accuse someone of drug trafficking since there is no dealer. That said, the police check the club regularly.