In order to end the current cannabis monopoly in the Netherlands, and move forward in the race for a cultivation license, the cannabis firm CannNext is focusing all its resources in the development of new cannabis strains. Sadly, the current laws in the country mandates that the company, which only has a research license, must destroy from root to top every harvested plant. 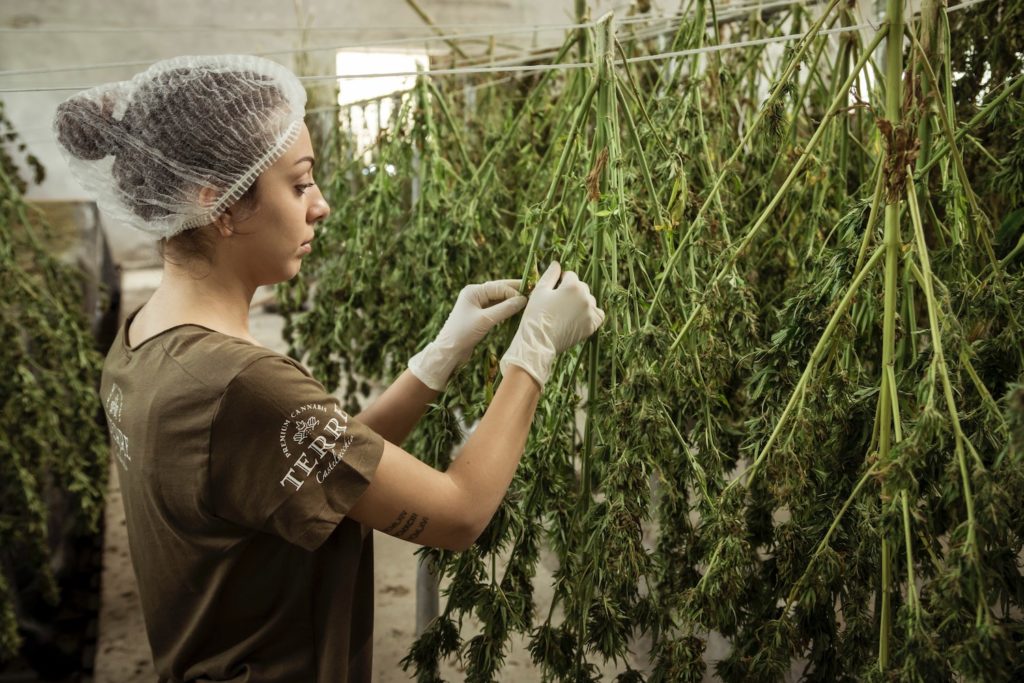 CannNext is one of the companies in the race for a cultivation license for medical cannabis in the Netherlands. This week, an extensive portrait of the company was published, which is already developing new cannabis strains at a secret location.

The company has had a license to grow cannabis in containers for research since 2018. The company grows cannabis at a carefully kept secret location in the Netherlands. In the NRC report, founder Eric Uleman said that the cultivation facility has cost one million euros so far. It wasn’t easy to convince a mayor to “set up a secret cannabis plantation in his municipality,” but the mayor believes in the project.

Cannext CEO, Uleman, has an impressive CV, lived in New York for ten years and worked for ING, ABN AMRO, the American bank JP Morgan and IBM, among others. The cannabis company website states that the company “believes that the cannabis plant has unique properties to help patients improve their well-being and advocates medical cannabis as an alternative or complement to more traditional medication.”

If you want to know more about cannabis, how the Netherlands is developing its cannabis industry, and to find out the latest hemp news, download the Hemp.im mobile application.

CannNext promises and goals for the near future

CannNext promises to spend twenty percent of the net profit on projects that help patients and doctors better understand the effects and applications of medical cannabis.

One of the company’s main goals is to develop its own cannabis varieties for specific conditions and complaints. The NRC article mentions “a few hundred plants”, but it remains unclear how many different cultivars are grown.

CannNext uses LED lamps from Signify, the former light division of Philips. If the company obtains one of the two cultivation licences available, scaling up can be done quickly.

As dictated by the law CannNext must destroy each harvested plant

In order to determine which species CannNext will produce, the company works with a focus group, which will assess the species. The focus group should include “besides scientists and oncologists also users,” reported NRC. The company’s CEO said: “Which one works, which one doesn’t? We actually need an advisory board for product innovation.”

Because CannNext only has a research license, every harvested plant has to be destroyed from root to top. Related to that, Uleman said: “It’s not allowed, but I prefer to give it away to a hospital or to the patients.”

Bedrocan vs CannNext, the end of an era

After almost twenty years, Bedrocan’s monopoly will come to an end and more five varieties will be available in pharmacies. “Because the demand is so great and there is a need for more types of medical cannabis,” wrote NRC, “the BMC (Bureau Medicinale Cannabis) is looking for two producers who will distribute a contract totalling $153.4 million (€141 million). The assumption is five thousand kilos per contractor, for six years. Interested parties could register until mid-February.”

It is expected that the two companies that won the tender will be announced “mid next year”. Prices in pharmacies should fall sharply next year. The purchase price of medical cannabis for companies will drop from $6.30 (€5.80) to $2.56 (€2.35) per gram from 2021 onwards: more than halving.