Ecuador’s economy keeps struggling to stay stable as both the COVID-19 pandemic and the oil prices crash has put the country in a pinch. That’s why economists are looking for a way to revive the economy one the storm has passed. One of the sectors that could give a boost is the cannabis sector, as it is estimated that it will considerably improve the country’s economy and employment rate. 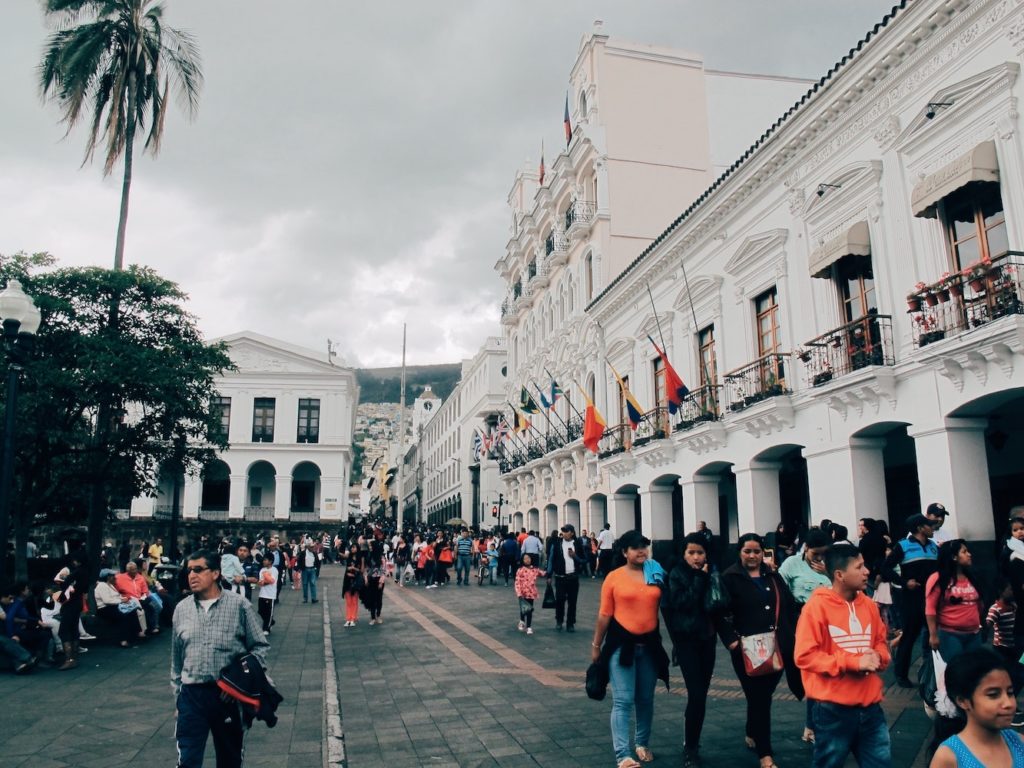 With the COVID-19 pandemic, which has left the world’s economy devastated, with all sectors affected, and with the fall in oil prices a few days ago, countries worldwide are forced to revive their economies.

Ecuador is not exempt from doing so. That is why some businessmen, economists and farmers see agriculture as a source of income for the country. In addition, it can boost the creation of jobs, so much hoped for by Ecuadorian families.

If you want to find out more about how the cannabis sector will boost Ecuador’s economy and to find out the latest hemp news, download the Hemp.im mobile application.

According to the lawyer José Antonio Dávalos, president of the Ecuadorian Association of Medical and Industrial Hemp (EcuaCáñamo), hemp (from the Cannabis plant family) and the whole spectrum that represents the cannabis industry would boost the country’s economy and promote several jobs.

“Ecuador must focus on the agricultural sector. The hemp industry is feasible so that the country will have a range of opportunities: generation of jobs, payment of fiscal taxes, and zero environmental impact, among others. We should no longer be 100% dependent on oil because there are virgin markets that can heal the country’s economy,” Dávalos said.

The fact is that hemp, besides being an industry that generates low costs and provides a circular economy, gives materials and raw materials that are much more friendly to the environment and, is by default a catalyst of the economy.

For her part, agricultural engineer Raquel Borja Zurita explained that the economy was already ‘limping’ because of the scourge of the dreaded coronavirus. “To this must be added the sharp drop in the price of a barrel of oil. Now it is recovering but we should not put all the ‘eggs in one basket’,” suggested Borja.

Consequently, when there are incentives and a great opening of the country to agro-industry, said Borja, they are going to generate ‘camels’ in the following way: “You will need people to work the land, and people to take care of the fertilization of the cannabis plant. In addition, a farm will be needed to plant the seeds.”

However, the agronomist said that hemp could put a “spice” in the country’s economic movement, since the industrialization of the cannabis plant will require office people and workers in the field, agricultural inputs, transport, labor, and packaging services.

“Everything that has to do with agriculture will energize the economy, as long as the National Government supports it with measures and relevant laws that favor this sector,” Borja said.

Countries such as the United States, Mexico and Canada are doing studies on the cannabis plant and each time they are getting closer to the fact that it could move the world market and become one of the main products to replace crude oil.

“So there are studies that indicate that the United States has already generated, in the cannabis industry, more than 240,000 jobs, and it is estimated that more than 80,000 of those jobs are dedicated to hemp,” said the expert, who mentioned that in Ecuador the same can be done.

Hemp is nothing more than a plant of the Cannabis family whose difference is in its compounds, since cannabis has a high THC content (one of the most important cannabinoids in cannabis and the one responsible for the psychoactive effects).

Hemp, on the other hand, contains CBD (non-psychotropic cannabinoid compound) which does not alter the senses and is the most promising product in recent years due to its diverse medical and therapeutic potential, among which are antioxidant, antipsychotic, anti-anxiety and anti-tumor effects.

That is why this crop not only has the medicinal potential for CBD but also industrial since hemp has basically been used for its fiber and biomass, to make, for example, clothes, shoes, ropes and even sails.

“What the world movement is looking for through hemp is that it takes up that role again, because given the current conditions all states are trying to turn to the circular economy. At this rate, we must change the current paradigm (raw material, transformation and production and in the end a waste) where everything is thrown away, generating a meaningless expenditure,” says Dávalos.

In addition, the expert indicated that hemp grain can be used to make very high grade vegetable protein. The stem and leaves can also be used for biomass to make biofuels, fabrics, plastic replacements and to make paper. “Virtually this new mega industry could – normally – cease to substitute for oil if its investment is allowed,” he noted.

With the new reform to the Comprehensive Organic Penal Code (COIP) published on December 24th, 2019, which enters into force in June, it is established that hemp no longer belongs to the list of catalogued substances subject to control. In addition, the Ministry of Agriculture is given the power to regulate its sowing, cultivation, harvesting and marketing for medicinal purposes.

“Once this law enters into force, the Ministry of Agriculture will have 120 days to regulate authorizations, techniques and the entire framework around hemp,” said the lawyer.

That is why the board of directors of EcuaCáñamo is ‘fighting’ for these rules to be as beneficial for the industry as possible.

This – according to Dávalos – will make foreign investment attractive. “When there are no clear laws or measures that benefit a sector, they hold back the interest of investors who want to enter the country,” he said.

(Featured image by Reiseuhu on Unsplash)

First published in Extra, a third-party contributor translated and adapted the article from the original. In case of discrepancy, the original will prevail.