A new report released in France today is pushing parliamentarians to reconsider the nation’s stance towards CBD. Unfortunately, CBD has been the victim of the fight against narcotics, getting caught in the crossfire aimed at its demonized cousin, cannabis. This stance has put the nation at odds with its European neighbors, as well as EU law. Now there are calls to move in the right direction. 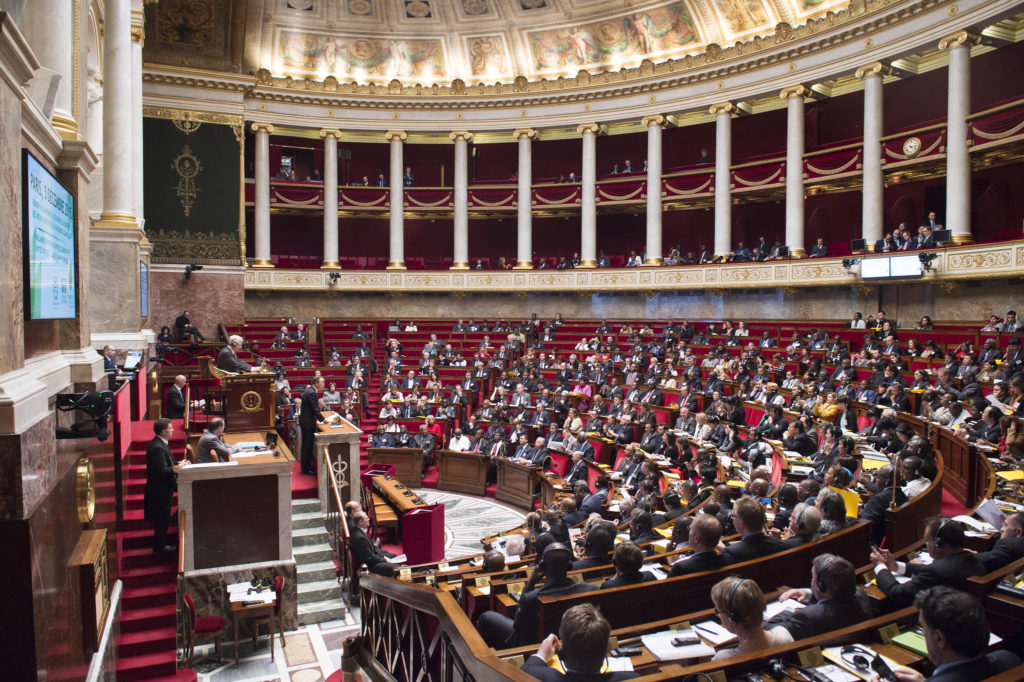 A report published today is aimed at pushing French parliamentarians to extricate themselves from an “almost ubuesque” situation in order to offer France, the first European hemp producer, a more flexible regulation on “well-being” cannabis (or CBD). And thus seize the opportunity to develop this fashionable market.

For more on the lattest hemp news, download our companion app on the app store today.

Stores selling products from the CBD (food products, oils, cosmetics, e-cigarettes, herbal teas, flowers for smoking or inhaling etc.), to which relaxing virtues are attributed, are flourishing in the territory: France has nearly 400 of them today, almost four times more than two years ago, according to the Professional Hemp Union (SPC).

But these traders can expose themselves to prosecution and cannot obtain their supplies from French producers of hemp (used in particular in the textile and construction industries) according to French law which, under the 1990 decree on narcotics, prohibits the exploitation of the leaves and flowers of the plant which naturally contain CBD, the non-psychotropic molecule of hemp.

CBD and cannabis are collateral victim in French war on narcotics

Because, according to the authors, CBD is “the collateral victim of the essentially safe approach to cannabis in our country” and suffers from its villainized “narcotic” cousin, cannabis (high in THC, the psychotropic molecule). To get out of this situation, to lift the brake on the economic development of the sector and “guarantee the consumer a total safety” on the products stemming from CBD, the parliamentary information mission on the uses of cannabis formulates, in its report published this Wednesday, twenty proposals.

The authors recommend in particular “the authorization of the culture, import, export, and use of all parts of the hemp plant for industrial and commercial purposes, including the flower.” The mission would also like the threshold of 0% THC in finished products to be abolished and another maximum threshold to be defined for hemp crops, “ideally 0.6%” and 1% for overseas territories located in warm latitudes.

France’s stance on cannabis and CBD contrary to EU neighbours

Contrary to several European countries, France only authorizes the cultivation and marketing of hemp fibers and seeds, provided their THC content is less than 0.2%. Finished products (foodstuffs, etc.) must be free of THC. However, French regulations were ruled illegal on November 19 by the Court of Justice of the European Union (CJEU) in the name of the free movement of goods, unless the risk to public health invoked by France “appears to be sufficiently established.”

The CJEU also ruled that the CBD had no psychotropic or harmful effect on health, and that it could not be considered a narcotic or a medicine. “This parliamentary report is a step in the right direction. France, which was in a particularly damaging situation, will be able to gain a foothold in this new sector, and try to make up for the delay it has accumulated until now,” Aurélien Delecroix, president of the Professional Hemp Union (SPC), reacted to AFP.

French market is young and must move in the right direction

According to the union, the French market, still young compared to those of Great Britain, the United States or Switzerland, weighs today 150 to 200 million euros and could reach one billion euros by 2023 if the legal uncertainty surrounding it is removed. The ball is now in the court of Mildeca (Interministerial Mission for the Fight against Drugs and Addictive Behavior), which is studying “the modalities of taking into account the judgment of the CJEU,” the parliamentary report indicates.

“The problem is not that it is moving quickly, but that it is moving in the right direction,” stresses Ludovic Mendes, La République En Marche (LREM) deputy from Moselle, thematic rapporteur on the CBD “well-being.” “We know that Mildeca is not necessarily in phase with some of our proposals, such as the revision of THC levels or the exploitation of the flower. It can always find something that is blocking. We are very vigilant, that’s why we make proposals” he adds, considering that in the state of the legislation, it is the “freedom of enterprise that is questioned.”

First published in Le Parisien, a third-party contributor translated and adapted the article from the original. In case of discrepancy, the original will prevail.