Many millions of people in Germany and other industrialised countries know tinnitus as a temporary phenomenon. Short-term noises that occur in the ear, for which there is no external cause, are annoying, but not really bad. It becomes dangerous when the whistling, beeping, hissing, humming, as is the case with approximately 1.5 million people in Germany alone. 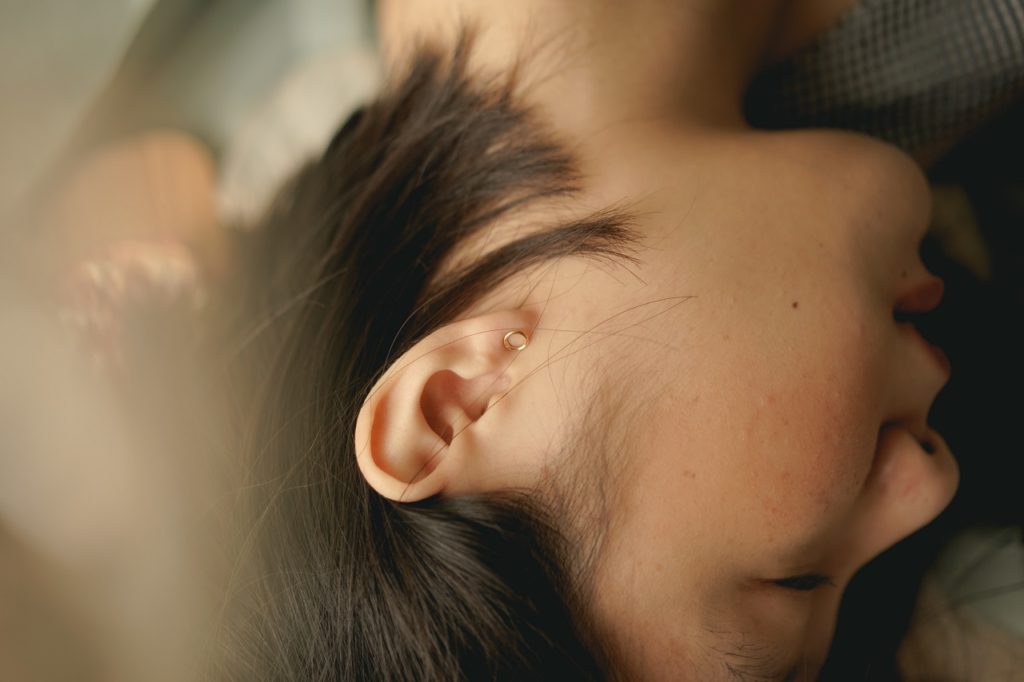 Chronic tinnitus places a heavy burden on those affected and may lead to mental illness, such as depression. The bad news: tinnitus cannot be cured. The good news: Various treatment approaches make it possible to alleviate the accompanying complaints and thus significantly improve the quality of life of tinnitus patients. One of the remedies of choice is cannabis.

Get a daily run down of the top news, feature marijuana stories with Hemp.im.

Tinnitus Aurium, the official name, comes from Latin and means “ringing of the ears.” Colloquially known as Tinnitus Aurium, the term “tinnitus” stands for the perception of sounds for which there is no external cause. The volume or intensity of such phantom noises can remain the same over time or increase and decrease again. Often these disturbing noises simply disappear again by themselves.

Medicine distinguishes between four degrees of severity, from “barely straining, without suffering” (Grade I) to the most severe impairment of quality of life in Grade IV. Particularly in its chronic form, i.e. from a duration of three months, tinnitus is often associated with further complaints such as insomnia, depression, or persistent lack of concentration. Another factor that can aggravate tinnitus is stress. As the described accompanying symptoms can in turn trigger psychological stress, those affected quickly fall into a vicious circle: tinnitus causes stress – stress intensifies the tinnitus.

Here cannabis can help to improve the quality of life, as the ability of this well-tried medical plant to bring about a positive change by stabilizing homeostasis has been shown time and again, especially in stress-related diseases.

The causes – how does tinnitus develop?

Tinnitus does not develop in the ear but in the central nervous system, although the actual cause is often due to injuries or pathological changes in the inner ear. These causes can be of various kinds. They range from noise and blast trauma, sudden deafness and diving accidents to a wide variety of illnesses and resulting functional disorders in the ear. Often the cause cannot even be determined.

The complaints in the ear lead to a misdirected nerve activity in the parts of the brain that process acoustic impulses, i.e. are responsible for hearing. In technical terminology, these areas of the brain are called the “auditory pathway.” As a result of the neuronal malfunction, more messenger substances are released than actually necessary and the nerve cells along the auditory pathway thus develop a higher activity than is actually appropriate. This leads to the perception of sounds that do not exist in reality, that are not based on sound waves that hit the ear.

This provides a second starting point where cannabis can help against tinnitus. THC, in particular, is known to have the ability to inhibit overactivity in the nervous system via the endocannabinoid system by blocking the corresponding receptors, especially those of type CB1.

Unfortunately, there is no therapy that can cure tinnitus permanently. However, there are various approaches to alleviate the symptoms associated with tinnitus: medication, psychotherapy, neurostimulation, cannabis. Treatment attempts with various drugs, such as cortisone and other anti-inflammatory drugs, have never fulfilled the hopes placed in them. Even large-scale studies have so far been unable to provide evidence of the effect of any of the pharmaceutical agents tested.

Psychotherapists report the positive effects of various therapeutic approaches. Cognitive behavioral therapy in particular probably has a positive effect on the quality of life of tinnitus patients. Even if the tinnitus itself does not diminish as a result, those affected do learn to deal with their situation better and more calmly. This reduces the stress level.

Neurostimulation is the activation or inhibition of parts of the brain by means of electricity or a strong magnetic field. In relation to tinnitus, or the auditory pathway as the part of the central nervous system that processes acoustic impulses, it can also be stated here that although this procedure can be used to attenuate the perception of the noise, it does not eliminate the tinnitus. Since no effective treatment has been found so far, research is not tired of testing new therapeutic approaches such as hypnosis, jaw correction, sound or laser therapy. None of these, however, have been scientifically confirmed in their effectiveness.

Although scientific confirmation of the efficacy of cannabis, as with other treatments, is still lacking, this is probably due to the fact that there are generally far too few reliable studies on the efficacy of cannabis that meet medical and scientific standards. Countless experience reports testify to the fact that Cannabis sativa can greatly reduce psychological complaints such as stress, depression, insomnia or concentration problems without developing major disturbing side effects. Furthermore, cannabis can also alleviate the tinnitus itself.

How does cannabis work for tinnitus?

If you take a closer look at how cannabinoids work in the body, it quickly becomes clear why cannabis can help relieve the symptoms associated with tinnitus. There are two starting points for a healing effect.

Probably the most important task of the endocannabinoid system is to inhibit the misdirected overactivity of various messenger substances in the nervous system, including the auditory part of the brain, the areas that control hearing. This reduces the excessive release of neurotransmitters, the signal transmission between the nerve cells becomes weaker and the disease-causing sounds in the ear thus become quieter.

Furthermore, cannabis has a stress-reducing effect. As mentioned above, stress increases tinnitus. During stress the nervous system releases increased amounts of neurotransmitters such as glutamate. THC and other cannabinoids have been shown to inhibit glutamate overactivity. As a result, the sensations of stress diminish, which also reduces the stress-induced increase in tinnitus.

Unfortunately, as in so many medical fields, there is a lack of reliable studies on the effectiveness of cannabis and its ingredients that would meet scientific criteria.