Colombia is one of the best places to cultivate cannabis, thanks to its longer hours of natural light which is good for the crops. The country also passed robust cannabis legislation in 2016. Operating costs in Colombia are lower than anywhere else, which is why it is good for the green market. The South American nation is also the world’s second-largest exporter of cannabis flowers. 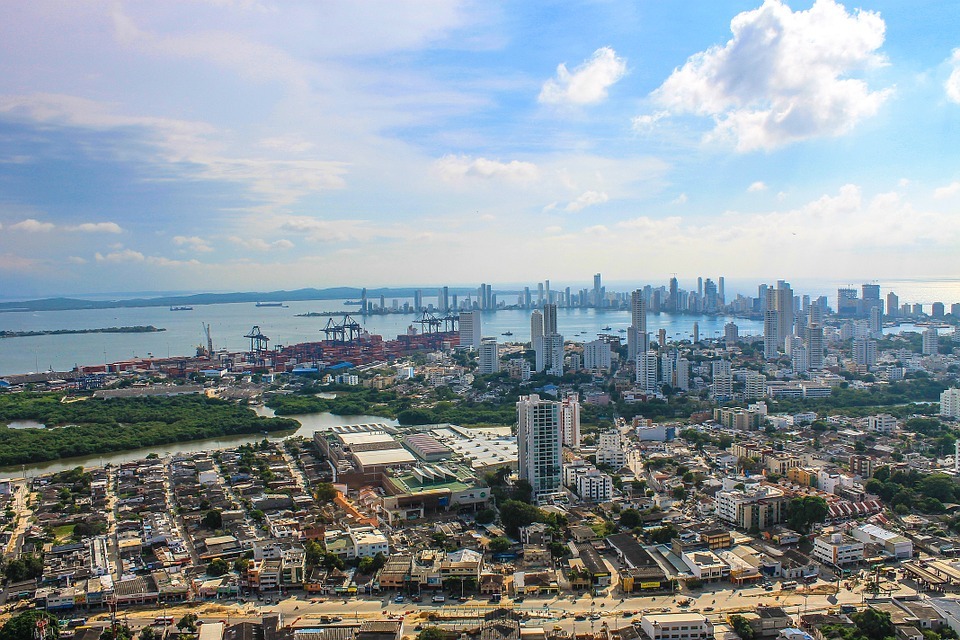 The word Sogamoso comes from an indigenous word that means “dwelling of the sun.” Being on the equator allows 12 hours of natural light all year round, for the joy of the harvests. Medical cannabis is well suited for this climate.

The Clever Leaves company has its plantation there and wants to participate strongly in the global business of medical cannabis. That together with recreational use, can reach 50,000 million euros by 2025.

In Colombia, robust legislation passed in 2016. Consequently, operating costs are lower than elsewhere, which also benefits the development of the green market. In addition, the world’s second-largest exporter of flowers – after the Netherlands – has also poured that knowledge into the emerging industry that dazzles the world.

“We are all learning,” replies Gustavo Escobar, co-founder and innovation director of Clever Leaves. He visits his company’s plantation, a highly technical crop in the municipality of Pesca, between the mountains of the Sogamoso valley, in the department of Boyacá.

With less than three years of existence, the company was the first authorized in the Andean country to send cannabis for scientific purposes to Canada, and together with the Uruguayan Fotmer Life Sciences closed agreements to become the first Latin American to export to Europe, specifically to Germany. “They are still exports with research scope, but they open the way for commercial development,” explains Escobar, a 37-year-old engineer with an MBA. A reflection of the giant steps with which the nascent business advances.

Canada has taken the lead. In 33 states of the United States it is legal its medicinal consumption and in a dozen of them, the recreational one. Also, in several countries of the European Union, therapeutic use has spread, and in Germany alone there are an estimated 700,000 patients.

Uruguay legalized this market in 2013 and Colombia, hit by the stigma of drug trafficking, seeks to be in the vanguard. Everyone involved takes pains to use language as aseptic as the facilities that are erected throughout the country. They always speak of cannabis, not marijuana – and to repeat that it is medicine and science, the only authorized uses. The macroeconomic potential is enormous. According to some projections, it could be equivalent in a few years to combined flower and banana exports to Colombia.

This country can legally plant more than 40 tons, according to the quotas granted by the International Narcotics Control Board (INCB). “The quotas are not the true production capacity, it is an expectation,” says Andrés López Velasco, until last month director of the National Narcotics Fund. “Here the medical community has been very receptive, that’s been a huge difference,” he points to other promising signs.

In compliance with the regulation, the perimeter of the Clever Leaves crop in Sogamoso has a triple barrier: barbed wire, electric fence and infrared sensors, in addition to a video surveillance system with 154 cameras. The greenhouses use 90% of the natural water with a sophisticated Israeli irrigation system.

Less than a year and a half ago, the land was nothing more than a paddock. Today the projections are constantly updated. The 10 hectares in production will be 15 for July and 25 at the end of the year. In the final steps, the workers defoliate the plants until they leave only the flower. That one flower concentrates its active ingredients, the cannabinoids. They are more than a hundred, with properties still unexplored, but the main ones are THC (psychoactive) and CBD.

The pharmaceutical-grade extraction laboratory was set up in an industrial park halfway between Sogamoso and Bogotá. This can produce about 3,000 liters of cannabis oil per year. The chain combines talent and knowledge recruited from the agro-industry and pharmaceutical sector. Also personnel familiar with the mystique of cannabis, among them the so-called master growers, experts in cultivation cycles.

It also attracts foreigners, such as the Spanish Maria Corujo. This 33-year-old doctor in plant biotechnology is in charge of researching the genetics of plants to select those that work best for medical development. “It’s a challenge because there’s a lot of ignorance, but it’s motivating,” he explains. “It’s a new industry in Colombia, but also in the world.”

The Clever Leaves Company and some others

Clever Leaves, which began with five employees and is now close to 400, was one of the first firms to obtain licenses in 2016.

The companies are usually alliances of Colombian and foreign capital, with strong Canadian participation, explains Rodrigo Arcila, president of the Colombian Association of Cannabis Industries (Asocolcanna)/ His company has gone from six to 30 members in less than two years. “We cannot lose the historic opportunity presented to Colombia to be a leader in this,” he assesses.

“He will be the great exporter of Latin America as long as Mexico does not legalize,” predicted former Mexican President Vicente Fox, a member of the board of directors of Khiron. The government has already authorized licenses in 11 of the 32 departments, according to information from ProColombia. That highlights the investments of Canadians Cannavida and Pharmacielo, which is listed, as Khiron, on the Toronto stock exchange.