Lowy bakery explains that organic cannabis bread (or Cannabread) will have the taste and smell of the plant without the intoxicating effects. Connoisseurs can find a wide range of products containing cannabis in the Netherlands, where it has long been practically legal. Cannabis popsicles, lollipops, chocolate, and soap are but a few of the products available for purchase in the Dutch capital 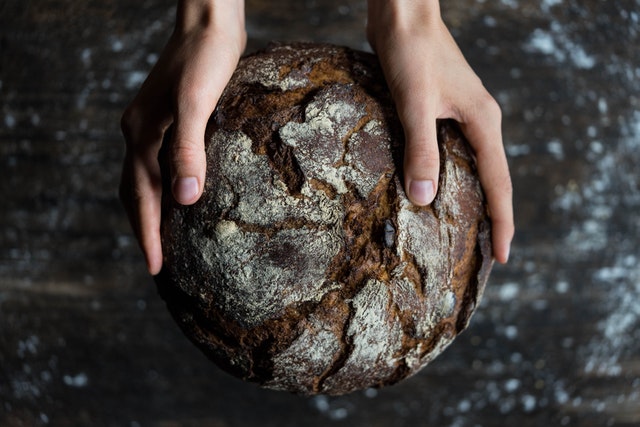 The term ‘wake and bake’ has acquired a completely new meaning, thanks to cannabis bread.

“Sorry, I was expecting some kind of young hipster before,” I say to the creator of Cannabread.

Many men in their sixties would ask me at that moment to stop asking questions, but not the man who meets me in a factory in Forest.

After a brilliant idea, months of testing and a first raid by the food agency FAVV, Charly Löwy also doesn’t have time to beat around the bush

But let’s start from the beginning, at the end of the 90s.

This was when just about everyone thought that Reeboks were nothing more than ugly sneakers, and the years of rule of decent bread came to an abrupt end.

This was the time when we started buying everything in the supermarket and soft baguettes were pushed down our throats for a mere 25 Belgian francs (or $0.70).

The smell of a warm, freshly baked bread gradually became rarer than the sight of a lonely little boy on the street, and we had to get used to it.

25 years later I’m at the entrance of a factory in Forest, where I’m welcomed by the unmistakably delicious smell of nostalgia. From a hundred meters away you can smell the dough that is baked here in gigantic ovens.

Charly Löwy has been the owner of the company for almost 40 years. In 1947, his father founded La Wetternoise, which has since been renamed, Lowy.

“I learned the trade from bakers who had 20 to 30 years of experience,” the patron proudly tells me.

With his navy blue jacket on a white shirt, horn-rimmed glasses, Charly Löwy looks more like Don Draper than a neo-baker in trouble.

“Well, I’m neither young nor hipster,” he says dryly. And yet the new product in his hands seems to come straight from a disastrous episode of ‘High and Fines Weeds’ by Caballero & JeanJass.

A cannabis bread with ‘Cannabread’ written on it, is also an important hope for new income for the bakery.

The boss grabs a large knife and cuts off a nice thick slice of the Cannabread. Under the crispy crust, the crumb of the cannabis bread is light green and connoisseurs will spot the crushed seeds.

“Sometimes they stay between your teeth, but that’s just part of the experience,” says Charly Löwy.

When I taste it, the cannabis bread tastes like toasted hazelnuts, but especially green and hay.

“To weed, ah yeah!,” the baker says, “We’ve done a lot of testing. The taste shouldn’t be too sharp or too strong. For example, our first batches were still far too intense in taste.”

After several months of testing, Charly and his employees found a recipe based on 15% peeled and ground seeds, flour and sourdough. The cannabis bread is also completely organic.

“It fits very well with sweet and sour mixtures,” says the patron.

Cannabis bread is a healthy bread

“Cannabis is not just a stimulant,” says Charly Löwy strictly.

And he’s right. The THC content in cannabis bread is below the permitted threshold of 0.2% for hemp-based products in Belgium. So, for the sake of clarity, you’re not going to get high from it.

This bread is also simply a bomb of minerals, vitamin E, Omega 3 and 6, fiber, carotene, magnesium, essential amino acids, and so on.

Hemp is healthy and therefore good for you, that is actually the only thing you have to remember.

Charles Löwy also refuses to tell me why he knows so much about cannabis. What we do know is that the entrepreneur has worked hard on his concept in recent years.

After working with the Brussels Beer Project (resulting in a bread made from beer grains) and a ‘purple bread’ of black rice that he is still trying to sell at RSC Anderlecht, this time he is going for baked dough balls with weed.

“We want to attract bread lovers first and foremost, but you can’t deny that cannabis products are clearly in vogue these days,” confesses the man who seems to sell both dreams and bread.

He’s right, cannabis products are in vogue and the trend is snowballing across the globe. It can be hard to keep up, but hemp news apps like Hemp.im will help you keep on top of the hemp industry.

Cannabread brings a new meaning to ‘wake and bake’

All in all, marijuana is just a business like any other, and it pays off even more if you use the term ‘superfood’ to describe it.

Löwy is following this trend without embarrassment. As such, he wants to see his loaves in supermarkets soon in bread bags with a large, eye-catching hemp leaf.

“Of course we do that a little bit to provoke,” he laughs.

But by now he is 100% sure that there is nothing else to be said about his product.

When he first tried to market cannabis bread, or Cannabread, in 2018, Charly Löwy was forced by the Federal Agency for the Safety of the Food Chain – the dreaded FASFC – to remove all loaves from the market and destroy them.

The reason: his Cannabread did not yet have the necessary certificate to prove that the THC content of the bread did not exceed the legal limit.

“You can experience such things when you work with processed hemp seed. The agency is very vigilant for these kinds of new products, and the law is and remains the law,” he said.

Cannabread to be sold in supermarkets

Meanwhile, Charly Löwy, talks about it in a very relaxed way, and that shouldn’t come as a surprise. He’s in good shape because since recently his Cannabread has been available again in his shop in Taborastraat (near the Grote Markt in Brussels).

Cannabis bread will also be available in all Carrefour supermarkets of the franchise group Mestdagh (in Brussels, Tienen and Aarschot, so to speak). And so the term ‘wake and bake’ is given a completely new meaning once and for all.

First published in VICE, a third-party contributor translated and adapted the article from the original. In case of discrepancy, the original will prevail.