Hemp farming for the CBD market in both the U.S. and Canada faces various challenges though Canada’s situation is much more stable than in the U.S. In particular, the 2018 Farm Bill encouraged many inexperienced farmers to begin growing in the U.S. without an established market for their crops. For farmers that can store their crop till the new year, better prices may await. 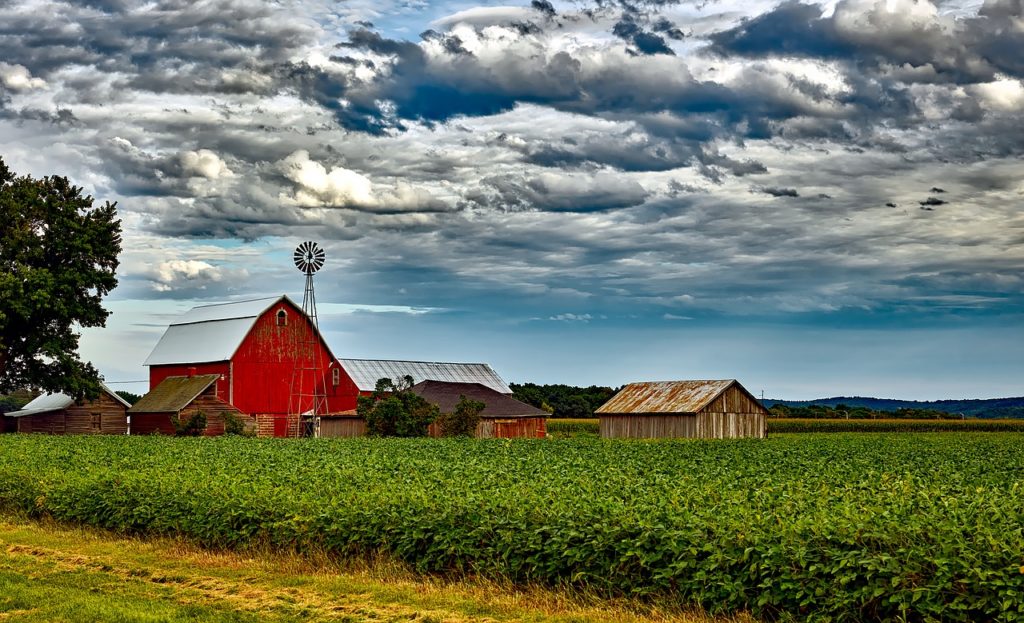 Hemp-derived CBD is currently a booming phenomenon in the U.S. where it is now legal. That said, regulation is still emerging on a federal level which impacts CBD hemp farming.

In Canada, things are a bit different due to cannabis and hemp legalization along with stricter regulations on hemp-oil production. As such, hemp farming for CBD in Canada is a fairly stable business.

Meanwhile, in the U.S., farming was somewhat uncontrolled in 2019 with an incoming crop that may have a spotty market.

CBD hemp farming in Canada vs The United States

Regulations related to CBD products are still being worked out in both the U.S. and Canada.

Canada is in the final stages of legalizing CBD edibles from both cannabis and hemp with other products already legal.

The U.S. is primarily waiting on the FDA to fully regulate hemp-derived CBD in edible and supplemental form. As such, cannabis-derived CBD is limited to cannabis-legal states.

However, hemp-derived CBD product companies are diving in and creating a demand for hemp that U.S. farmers are now attempting to supply.

The rise of CBD edibles

Though hemp is also facing state-level regulation and farming does require licensing, farmers have a great deal of latitude for growing industrial hemp destined for CBD production.

Since cannabis is now legal, the national market for cannabis-derived CBD is growing and competing more directly with hemp-derived CBD than in the United States.

The situation for CBD hemp farming is not as open-ended as in the U.S. with stricter licensing requirements for industrial hemp farmers.

But the restrictions of the licensing process help farmers in Canada become more knowledgeable. It also leads to more stable operations and markets than in the U.S. where industrial hemp’s newly legal status is leading to some farmers moving too fast.

A recent U.S. Hemp Crop Report revealed that they obtained a license for over 500,000 acres of industrial hemp farming in 2019.

Canada’s farming operations likely have grown in 2019. Many Canadian companies supply the U.S. But such figures indicate that Canadian acreage in comparison to U.S. acreage is not that far off comparable percentages for U.S. and Canadian populations.

The question now on many farmers’ minds is whether or not that acreage is leading to sustainable business operations.

Some experts are predicting that farmers who rushed into hemp farming may be facing serious losses with their first crop.

CEO Michael Brubeck, who runs the Centura hemp processing and extraction company in Nevada, believes that industrial hemp is so overgrown in the U.S. that it will result in a “95% attrition rate at the farm level.”

Brubeck points out that, because the sudden legalization of industrial hemp opened up a huge market, there was an almost immediate need for hemp that could be processed into CBD.

For that reason, many inexperienced farmers entered the industry. They focus on growing but have relatively few plans for harvesting or for sales.

Word of mouth assurance that their crops would be purchased by producers was not backed by contracts.

In addition, many such operations looked to third party providers for harvesting and bagging. Also, due to the coming oversupply, those providers cannot meet demand.

While, in Canada, farmers cannot process hemp into CBD products, that option is a possibility in the U.S.

Out of around 3,600 growers, at least a few hundred also planned processing operations. These new operations made promises to other growers to take their harvested product but did not anticipate the oversupply.

For farmers that can store their crop till the New Year, better prices may await. But it is likely that most had not planned on securing storage facilities which will lead to additional costs.

Is CBD hemp farming a boom or bust?

In Canada, where well-established farming operations are more stable, farmers are facing competition from Latin America.

Latin American growers of both hemp and cannabis have much lower production costs than Canadian farmers.

At this point, the situation is still a bit murky. Canada has not yet regulated the CBD import market and that regulation will strongly affect competition.

In addition, Canadian producers see some Latin American nations as future markets for extracted CBD. So the future remains full of both risk and potential.

As with any emerging industry, participants face many opportunities to prosper yet disaster is also a possibility.

In the U.S., the situation is still so new that many questions remain unanswered. However, in Canada, more stability exists internally but external forces will likely pose new challenges.

A third-party contributor translated and adapted the article from the original. In case of discrepancy, the original will prevail.