Manhattan was originally “purchased” by Dutch settlers in 1626 and would become the New Amsterdam of the new world. Now the US city is copying its once colonist homeland, borrowing a page out of their book by legalizing cannabis. The law was passed not just to unlock exceptional economic benefits, but also to tackle decades-old injustices in the unjust application of cannabis prohibition. 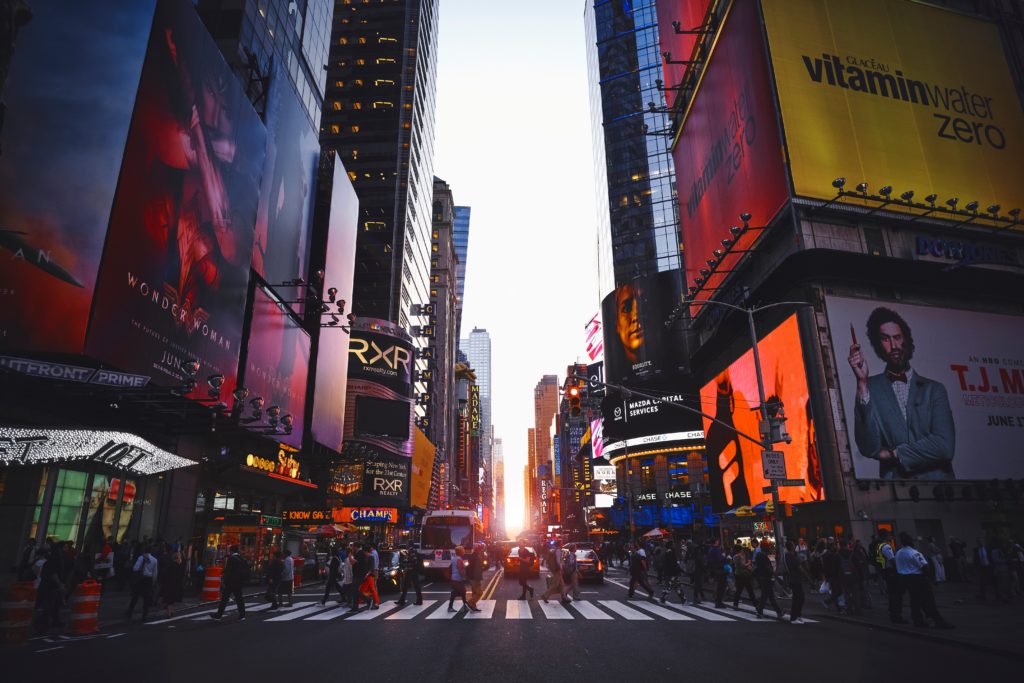 What if New York became the Amsterdam of the American East Coast? Cannabis is now legal there. Yet it will be at least a year and a half before we see businesses open. Despite an industry that could bring in $350 million in annual tax revenue for the state. While the legalization opens the way to a new and valuable industry, it also aims to put an end to certain discriminations. But could New York ever become the Amsterdam of the East Coast?

Want to stay informed about the legal and cultural spread of cannabis in New York and the USA? Need to keep up with the latest regulatory changes and economic impacts of the cannabis industry? Download our companion Hemp.IM app to get the latest hemp news!

In Washington Square Park, a few meters from the street musicians, they are now installed in full view of everyone. “They” are cannabis smokers like Kwan and Banes. “It’s great because we’re both dealers too and we don’t have to be afraid of the police anymore. We can sell in peace,” they say.

Last March, New York became the 15th state to legalize recreational cannabis. Adults can buy, consume and even grow small amounts of marijuana. Technically, licenses for sales won’t be issued until next year, but Kwan knows he can already breathe a sigh of relief. For him, as for others, this legalization is an opportunity. “I think black people should step up because we’ve been criminalized so much for using cannabis. So let’s put some money up, get a license and open up some stores. We’ll do great things! “

Allowing the communities most affected by the war on cannabis to benefit from this new market is precisely one of the most important parts of the new law. “Research does show that cannabis is consumed equally by all communities. Yet, in New York State, arrests for cannabis-related offenses were overwhelmingly targeted at blacks and Latinos. ” Eli Northrup shared. In 2019, 95% of cannabis-related arrests targeted blacks and Latinos.

Eli Northrup is part of a group of Bronx-based attorneys who advocated for the social justice component of the law. “The law says we don’t just need to legalize, say ‘okay marijuana is legal today,’ but also ‘say we need to right the wrong that was done.’ A big part of it is that if you have a cannabis-related conviction, instead of it being a liability to get a license, it’s a plus! “, he argues.

The new law provides for the cancellation, retroactively, of all convictions related to cannabis. Half of the sales licenses will be reserved for the most discriminated communities. 40% of the tax revenues will be reinvested in these areas. For Melissa Moore, of the Drug Policy Alliance, this is an important victory, even if there is still a lot of work to be done: “The fact that people have not been able to get an education, or have access to stable housing or jobs for so many years because of convictions, it has created a real gap and real problems in many communities in New York. It’s not going to be fixed overnight. But it puts a spotlight on those problems especially since we’re also just recovering from Covid. “

An Economic Rebirth for New York as an ‘Amsterdam of the East Coast’?

Black and Latino communities are indeed among those most affected by the Covid crisis and the legalization of cannabis is expected to create tens of thousands of jobs. A breath, as it were, of fresh air. Will New York ever take on the role of Amsterdam however remains unclear, as the progressive legalization of cannabis in the US suggests that neighboring states that might send tourists will not be far behind when it comes to legalization. Nevertheless, the economic benefits are likely to be significant, though it remains to be seen if they will be felt most strongly by those who need them most.

First published in RFI.fr, a third-party contributor translated and adapted the article from the original. In case of discrepancy, the original will prevail.