Northern Macedonia, isolated politically and economically, is considering a bold step to kick off its economy: cannabis legalization. Following in the footsteps of trailblazers in the Netherlands, the legalization project envisaged by Prime Minister Zoran Zaev would put Northern Macedonia on the hemp map, if he can convince the people to get behind his ambitious cannabis project. 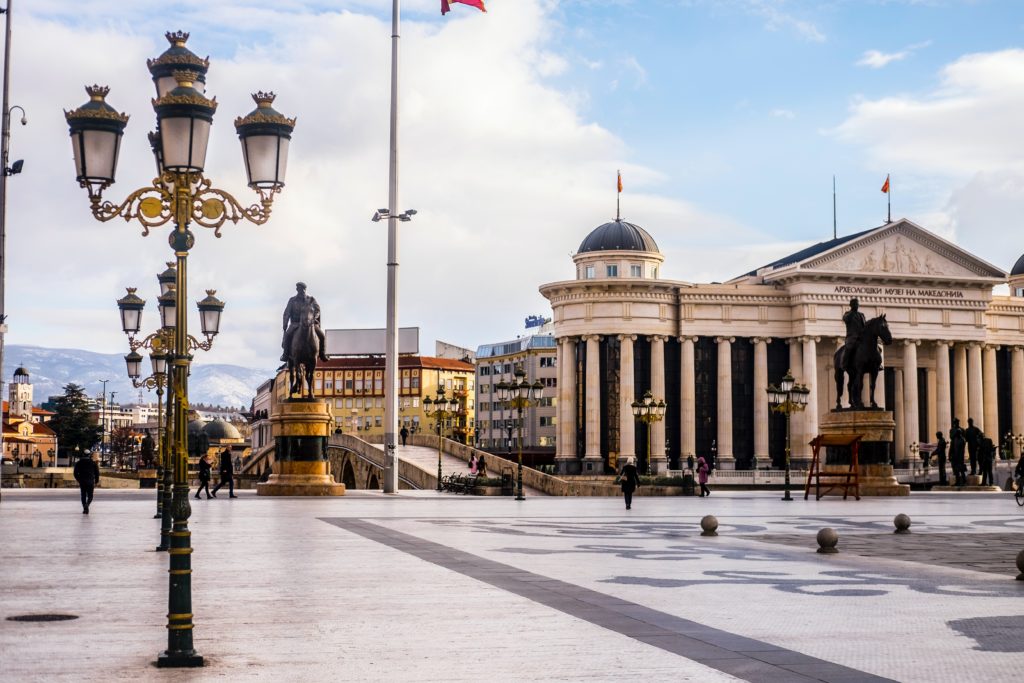 Northern Macedonia is a small state with big problems. Many of its two million citizens are in rough economic shape. High unemployment and low purchasing power characterize the country, which still hopes in vain to be accepted into the European Union’s community of solidarity. Neighboring countries are suspicious of the centrally located landlocked state on the Balkan peninsula, which borders on Serbia, Bulgaria, Greece, Albania and Kosovo. For decades, the neighboring states have been doing everything possible to keep the state small and to isolate it from foreign, or economic, policy.

Bulgaria, for example, is blocking the EU accession negotiations by means of a quarrel over the first official language of the small multi-ethnic state. They claim Macedonian is only a dialect of Bulgarian, which should be mentioned in the North Macedonian constitution.

Cannabis could be a cash crop for Northern Macedonia

In order to get out of the economic offside, the people of Northern Macedonia are grasping at every straw that presents itself. One of these straws they are considering is the hemp plant, if the Prime Minister’s words are to be believed. In an interview with the Macedonian service of Deutsche Welle, Zoran Zaev said that the government is considering legalizing cannabis. The legislation would be based on the Dutch tolerance policy, in which cannabis consumers are allowed to buy and grow small amounts of cannabis.

Asked whether Skopje should become a second Amsterdam, the 46-year-old Social Democrat replied: “Why not? That is the goal.” A state-controlled trade in cannabis products could “help the catering trade and tourism. (…) This is part of an economic program in which we have great hopes.” Zaev doesn’t even try to hide the fact that cannabis legalization is meant to attract tourists who otherwise would travel to cities like Amsterdam.

A national conversation about cannabis is needed

However, the Prime Minister also emphasized that a public discussion about the Dutch-style cannabis reform must first be held in Northern Macdonia. All citizens must be involved in the decision-making process. If a majority of the population rejects a change in regulation for hemp or cannabis, the idea would be rejected.

The chances for the government’s success is thus not up to the fates, but the will of the Macedonian people. But their chances are good. Cannabis has long since ceased to be a taboo subject in Northern Macedonia and the boulder is already rolling: in 2016 the cultivation of cannabis for medical purposes was legalized and the first distribution networks have been established. The companies licensed so far are cooperating with foreign investors and are currently producing for export. Trajce Zaev, the prime minister’s cousin, is also involved – I guess a little nepotism is a must. As the managing director of a former vegetable producer, Trajce Zaev has now dedicated himself completely to the cultivation of hemp. The best conditions for Prime Minister Zoran Zaev to continue his pro-cannabis agenda – also for the benefit of his own clan.

But it is not only in northern Macedonia that the traffic lights might turn green. Since February the Croatian parliament has been debating a bill for the controlled release of cannabis. The bill would allow the commercial cultivation of cannabis as well as the breeding of some plants for personal consumption.

Albania as well is also looking at the extremely lucrative legal cannabis market. Prime Minister Edi Rama announced in May that he would initiate a law to legalize the cultivation of hemp for medical purposes. However, a reform to decriminalize personal cannabis cultivation does not appear to be in the pipeline. The political influence of the drug cartels is probably too great to take the final step towards state-controlled regulation.