The process of legalizing recreational cannabis in Germany should be underway by the end of this year, and investors are in the starting blocks. So too is Demecan, the only German start-up active in the therapeutic cannabis space. To put some perspective on the boost expected, the startup currently produces 12-15 tons per year. Recreational cannabis production would boost this to 300-400 tons. 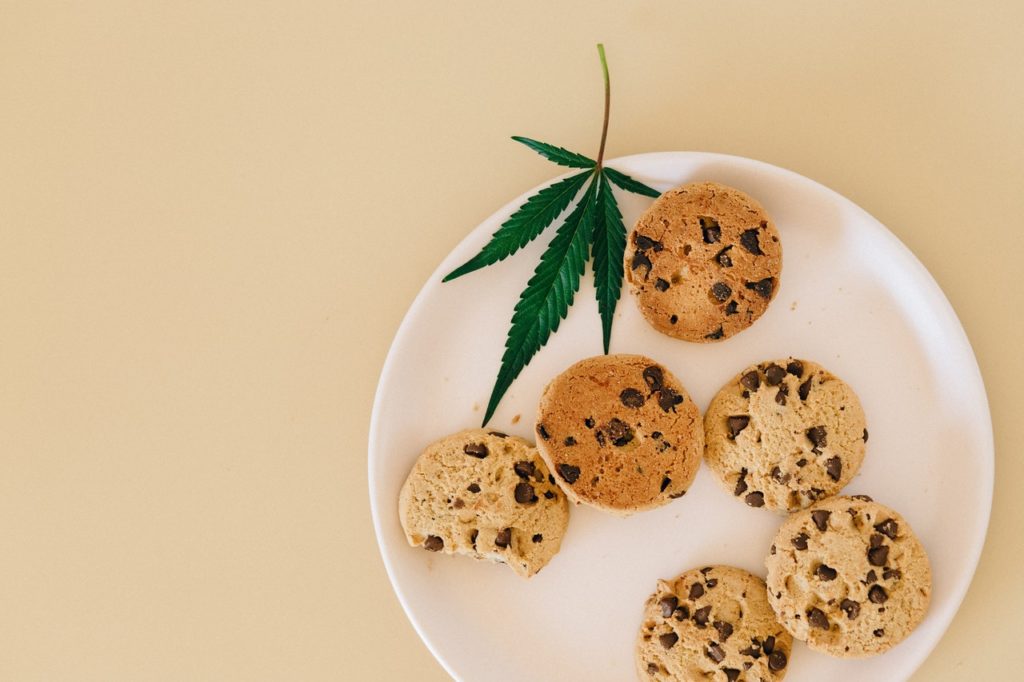 In former East Germany, about thirty miles from Dresden sits a once-was slaughterhouse. Placed along the side of a national road, it’s a sad gray industrial cube surrounded by barbed wire fences. But today, what was once a low-security operation has changed, with visitors now required to show credentials before entering the site that’s had a high-tech security update to surround it with video surveillance cameras and a security airlock.

This site is the new production facility of the only German start-up active in the therapeutic cannabis market: the Demecan company. And it is nothing like an ordinary country factory, with aromas now wafting from its corridors that are identical to those found in a Dutch coffee shop.

For more news like this from Germany and around the world, download our free cannabis news app.

Since 2021, the German start-up has been producing therapeutic cannabis. The sale of cannabis has been authorized in Germany since 2017. The production, strictly regulated by the legislation on narcotics is, for the time being, exclusively intended for the medical market. But another colossal market could emerge.

The new majority in power in Berlin has announced in its program the forthcoming legalization of recreational cannabis in Germany. The initial trial period will be four years, after which an initial assessment will be drawn up.

The needs are estimated between three hundred and four hundred tons per year, or 1.2 to 1.5 billion euros in turnover. This is a massive jump from the twelve to fifteen tons currently required for the production of therapeutic cannabis in Germany.

Inspiration From the United States

Cornelius Maurer, one of Demecan’s three founders, guides visitors from one greenhouse to another, hair tucked away in a white hair net and decked out in a medical suit, mask, and plastic shoes.

Sanitation is serious business here; visitors and employees alike have to change between greenhouses. “Pollens, viruses, bacteria, fungi, or insects could destroy an entire harvest,” warns Maurer, who discovered the potential of cannabis during an internship in the United States. “Our plants are of a higher quality than organic because we cannot use phytosanitary products,” he adds.

Rows of five hundred plants ranging from 40 to 120 centimeters high are lined up on tables under a shimmering light. They are all connected by thin white plastic pipes to automatic water and fertilizer supply systems. And all are equipped with small sachets containing protective insects, ready to devour the parasites which could threaten the harvests.

The pressure, heat, air humidity, and light in each room are expertly balanced according to the plant growth stage, from the young shoot to the flowering plant ready for harvest. “In principle, the cannabis plant is extremely resistant,” recalls Cornelius Maurer. “The challenge is to get a constant THC level. The health authorities authorize a variation of 10% in the rate of tetrahydrocannabinol, the active principle of cannabis.”

Last February, almost all of the site’s thirty employees took part in Demecan’s first picking: some two hundred kilos of cannabis flowers, worth 500,000 euros. All dried on-site by a powerful robot before being placed under seal in large, plastic-coated aluminum bags, which are then sent to the state, who, in turn, dispatches them to pharmacies.

Cornelius Maurer still cannot believe the “exceptional quality” of the finished product: clusters of dense and strongly scented flowers. “Eventually, we will be able to achieve twenty-five harvests per year,” he rejoices.

Only Three Cannabis Companies in Germany

Three companies are involved in the therapeutic cannabis experiment in Germany. Demecan is the only German start-up. The other two are subsidiaries of the Canadian groups Tilray and Aurora. Unlike conventional medicines, cannabis flowers are not reserved for a particular diagnosis. The sale is made on prescription after the failure of other possible treatments, and is subject to the approval of the health insurance fund, which rejects 40% of requests.

Sixty-nine percent of the indications are the fight against pain, especially for people with cancer or multiple sclerosis. Cannabis is also prescribed for severely disabled patients or anorexics. “It is inhaled, or heated with fat and consumed, for example, in the form of biscuits,” specifies Cornelius Maurer.

Due to the reluctance of the medical profession and pharmacists, the number of annual prescriptions was initially limited to 1,100 when the law came into force in 2017. It has now reached 340,000 per year. “We had to do a huge job of explaining and persuading doctors and pharmacists,” comments Cornelius Maurer, whose company holds a license for the production of up to a thousand kilos of cannabis flowers per year. Most of the cannabis sold by Demecan is still imported from Canada, the Netherlands, or Spain, “but as soon as we get the authorization, we can multiply our production by ten”, exults Cornelius Maurer, pointing the finger at the still unexploited surfaces of the old slaughterhouse.

Demecan Even Has the Backing of a Conservative Christian Mayor

Surprisingly, this is enough to make the Christian-Democratic mayor of Ebersbach, Falk Hentschel, euphoric. At the head of this small town of four thousand inhabitants for four years, the young 35-year-old conservative leader, whose party is firmly opposed to the legalization of recreational cannabis, is pleased to have finally found a use for his former slaughterhouse. He is betting on some three hundred jobs for his municipality.

“As soon as the legislator has changed the legal framework, we will, of course, be able to start cultivation for the recreational market,” continues Cornelius Maurer. “In six or nine months, we could go from one to four tonnes per year. We currently only use five thousand square meters of slaughterhouses, one-sixth of the available area,” he continues.

Dry Up the Black Market in Germany

With the upcoming legalization of recreational cannabis, the German government hopes to dry up the black market, fight crime, and bring in new tax revenue. However, each gram could be taxed at an estimated five to six euros, almost doubling the price compared to the black market, which makes many observers doubt the attractiveness of the regulated market to customers.

For Berlin, it is also a question of supervising the sale to protect minors and to fight against the pollution of the products sold, which are too often soiled with pesticides and other contaminants. With the 1961 UN International Narcotics Convention prohibiting the import or export of cannabis for recreational purposes, Germany would have no choice but to increase domestic production.

All of this makes a start-up like Demecan highly attractive to investors. Behind Demecan we find VC firms like Btov Partners and Futury. We also find private investors like Bernhard Schadeberg, the head of the Krombacher brewery, and Paul Kraut, the former CEO and owner of the toy manufacturer Schleich. Further funding will be needed for the development of recreational cannabis.

After months of hesitation, the majority has finally taken up the issue of legalization, which was one of its electoral promises. The legislative process, assures Berlin, will be initiated by the end of the year.

The parties in power have retained the principle of the “Canadian strategy,” which is to say a one-step process legalizing the cultivation, processing, wholesale, and distribution of cannabis in Germany. Here too, Cornelius Maurer sees development potential for Demecan. “We already have experience growing, importing, bulk buying, and processing cannabis. Distribution would be the next logical step.”

In Berlin, the Minister of Agriculture, Cem Özdemir (The Greens), also believes in an outlet for agricultural companies in search of profitability, some of which have already started growing hemp, devoid of THC.

But in what form could farmers enter the market? The Greens would not be opposed to field cultivation, which has the disadvantage of not being able to guarantee the stability of the THC level of the plants. The Liberals of the FDP want them to maintain the principle of highly secure greenhouse crops.

The same questions surround home cultivation, the maximum quantities that will be authorized, and the possibility or not of offering genetically modified products. Combined with an average legislative phase of 175 days in Germany, these complicated questions mean legalization will not take effect until at least late 2023 or early 2024.

First published by Le Vif, a third-party contributor translated and adapted the article from the original. In case of discrepancy, the original will prevail.