Over the years, the THC content of marijuana and hashish has drastically increased, posing considerable health risks. For example, THC content in 2006 was at 10.22 percent and a decade later, it increased to 17.22 percent. Along with the THC content, the price is also increasing. Research has it that cannabis growers in Morocco have switched to the cultivation of THC-dominant strains. 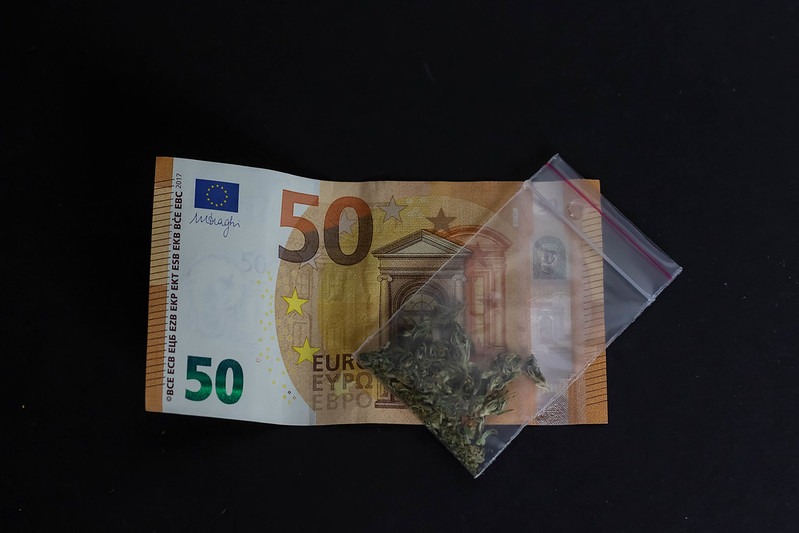 The efficacy of cannabis products has increased significantly over the past decade. In particular, the active ingredient content of hashish has increased drastically in the last seven years. This is the result of the study “Increasing Potency and Price of Cannabis in Europe 2006-2016”, which was published in the journal “Addiction.”

For the study, researchers from the University of Bath and Kings College in London, in collaboration with the European Monitoring Centre for Drugs and Drug Addiction in Lisbon, collected data from nearly 20 European countries.

Using a standardized procedure, they analyzed the content of the active substance tetrahydrocannabinol (THC) in police seized cannabis products. Then they compared them with market prices.

The comparison suggests above all a strong change in the hashish market. Although the active ingredient content of marijuana also rose from five percent THC in 2006 to 10.22 percent THC in 2016, the price rose accordingly in the same period.

In the first part of the comparison period, the THC content in the resin remained relatively stable at around eight percent, but then rose drastically to 17.22 percent in 2016.

Significant “increase in value” for hashish

The price of hashish did not rise accordingly in the same period. So, hashish, if you like to call it that, experienced a significant increase in value. From 11.0 milligrams THC per euro to 16.39 milligrams per euro.

The scientists suspect the reason for the increased THC content in hashish to be a changed cultivation method in the main production country for hashish, Morocco.

Thus, in addition to the potent psychoactive THC, a high proportion of cannabidiol (CBD) from the female hemp plant was found in hashish. This has a relaxing, anxiolytic and anti-inflammatory effect.

They are usually preferred for marijuana production. However, these strains contain less CBD and are therefore more effective. “These shifts in an illegal market are difficult for researchers to grasp,” says Tom Freeman of the University of Bath, one of the authors of the study. “It is correspondingly difficult for politicians to intervene effectively there.”

The researchers’ intensive study of the THC content of various cannabis products is based on their undesirable side effects. Various studies suggest that the consumption of hashish or marijuana with high THC content increases the risk of psychotic diseases and mental dependencies.

“Together with our colleagues at King’s College London, we are currently conducting a survey to determine what the relationship between THC and CBD is that poses the least risk to users without reducing the desired impact too much,” said Freeman.

Interestingly, the increase in THC content is not noticeable in the same way in all European countries. While hashish with a THC content of more than 20 percent is now common in France. The active ingredient content has also increased considerably in other countries such as Denmark. Samples of hashish from the Netherlands, the European mother country of potting, show no significant increase in THC in the resin.