On February 10th, the world’s leading cannabis investors, scientists, and regulators will meet in Madrid, Spain, at the event called Cannabis-Europe. Cannabis legalization in Spain is seen by many more as a matter of time and not uncertainty. Several cannabis companies from abroad have already opened offices in Barcelona and are hoping for a positive change in regulation. 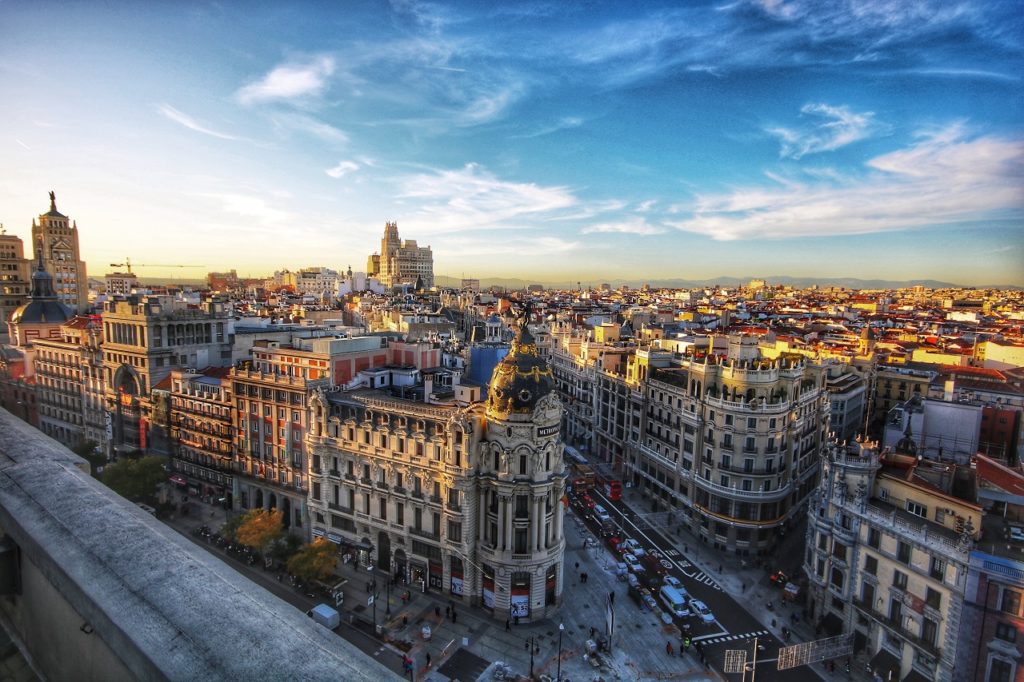 Patients, recreational users, and businessmen are looking with great hope to the new Spanish government to legalize cannabis, at least for medical use and ideally in a comprehensive manner.

Activists with interests in cannabis legalization observe the situation with a mixture of expectations and caution. “cannabis is not a major issue for the Spanish government. Moreover, the PSOE (ruling party) has always been conservative in raising controversial issues. We need a trigger to bring the debate to the table,” explained one activist. This thinking is shared by almost everyone in the cannabis industry.

Almost all the sources consulted are convinced that cannabis legalization is more a matter of time than an uncertainty. It is also true that this has been repeated like a mantra for some four or five years now and nothing has changed. But the cannabis activist quoted above has a selective memory and seems to prefer looking ahead.

Will Spain opt for Uruguayan-style legalization, more focused on the consumer and allowing for self-cultivation and the democratization of cannabis production? Will legislators choose to favor companies and put the planting of cannabis in their hands? That is the battle being fought these days, between meetings of the different lobbies with the parties and various regulation proposals.

Find out the latest industry news on CBD products with the Hemp.im mobile app. This app is the leading source of financial, legal and B2B news for the hemp and CBD industry.

There is reason for optimism regarding cannabis legalization

Optimists have reason to be so. There has never been a more social and proactive government in Spain than the current one, at least in theory. The majority that invested Sanchez is open to cannabis legalization. Two of the biggest political obstacles to regulation, the former PSOE health minister María Luisa Carcedo and the spokesperson for the subject Jesús María Sánchez, both of whom are reluctant to legalize, are out of the equation.

Supporters of cannabis legalization can also count on social support, at least in part. The Centro de Investigaciones Sociológicas (CIS) asked in a recent survey how the public felt about this. The conclusions are self-explanatory: 84% of the people surveyed were in favor of medical legalization and those who would approve the comprehensive legalization (47%) outnumbered those who favor the current ban (41%).

Moreover, although he is personally accused of a certain conservatism, the new Health Minister, Salvador Illa, belongs to the PSC, a party that voted in favor of the law regulating consumer social clubs (CSC) in Catalonia. Bernardo Soriano, lawyer and lobbyist for legalization through the platform Regulación Responsable, said that “Moreover, he does not come from the healthcare world but from the economic one.”

The presence in the Government of the Podemos party is also noteworthy. The party has already presented a Non-Law Proposal (NLP) to legalize cannabis and organized a hearing in Congress. The Purple Party even holds the Ministry of Consumption, which could be part of a hypothetical process of legalization. According to some sources, the party is preparing a bill for March.

The world situation has never been more conducive to legalization, at least in some of its forms (only medical or integral). According to sources consulted, Spain runs the risk of becoming isolated in the European context as the only country that does not allow the use of cannabis in basically any of its forms. France has had a medical program for years, Portugal is about to vote on its own, in Italy the judiciary has just allowed private individuals to grow small quantities, Germany, Holland or England, among others, legalized cannabis use to some degree some time ago.

Outside Europe, legalization is also spreading. Every year, more states in the U.S. approve cannabis consumption; Canada and Uruguay carried out comprehensive legalization and Israel has one of the most powerful and complete medical programs in the world. Even countries that were very reluctant and had harsh legislation on the subject, like Thailand or Trinidad and Tobago have changed their attitudes and are implementing medical programs.

Cannabis Europe will bring together leading cannabis investors and companies

On February 10th, the world’s leading cannabis investors, scientists, and regulators will meet in Madrid, Spain. The event, called Cannabis-Europe, was previously held in Toronto, London, and Paris. It will discuss the business opportunities that this sector will have in Europe, a market valued at more than $64 billion (€58 billion). The ticket to attend this event costs between $720 (€650) and $997 (€900) for a single day.

The time when cannabis events were strictly focused on the consumer is far behind us. Now there are also MPs, lawyers, lobbyists, and CEOs of multinational pharmaceutical companies with a turnover of billions of dollars.

Arnau Valdovinos, a member of the Prohibition Partners consultancy that is organizing the event in Madrid said that “Spain is the largest country in Europe where medical cannabis has not yet been legalized. The new progressive government is seen as an opportunity and people are quite excited.”

Spain has attracted several cannabis companies which set their offices there

The main companies in the cannabis sector have been positioning themselves in Spain for a few years now. Several cannabis companies – such as the Dutch seed companies Green House and Sensi Seeds – have opened offices in Barcelona, which over the last five years has become one of the continent’s cannabis meccas.

Canadian, Australian, Israeli, Colombian, and Uruguayan companies are also settling in Barcelona, waiting for a legislative change that they see as inevitable. Some American companies, through intermediaries, are also investing in Spanish brands in the cannabis sector, requiring the service of consultants who know the business possibilities in Spain. Most of them are betting above all on the legalization of medical cannabis consumption.

“There are many companies that are set up here to manage their European business despite not having operations in the Spanish market,” said Valdovinos. According to the consultant, belonging to the European Union and the good climate for growing crops outdoors or in greenhouses makes Spain one of the most attractive countries for investors. In addition, there is a network of cannabis companies that have existed for years and a “culture of tolerance” with regard to cannabis.

According to Soriano, the lawyer and lobbyist on the Responsible Regulation platform, companies considering investing in the cannabis sector right now are varied. “There are agricultural companies, tobacco companies that want to diversify their business and even bring capital,” he said.

“Spain, and especially Barcelona, can become the central point of the European cannabis business,” explained an American investor who asked for anonymity to comment on the situation. “There are still uncertainties, but this also means higher returns for those of us who take risks or are on time.”

The main multinationals linked to medical cannabis have also set foot on the peninsula, taking over the few licenses for cannabis cultivation that have been issued to date by the Spanish Agency for Medicines and Health Products (AEMPS).

Of the three companies that currently have this license in Spain, all have foreign capital or have been acquired directly by multinationals in the sector. This is the case of Linneo Health, 60% of which belongs to the British fund GHO; Cafina, which was absorbed in 2019 by the Canadian multinational Canopy Growth; and Cannabinoids Spain, which is part of the Dutch holding company Boti Holding.

“When there are expectations of doing business, capital moves,” said Soriano, who through his law firm also offers consultancy services to foreign companies that want to invest in the cannabis sector in Spain. “Since the business started in the U.S. and Canada, there are more and more companies interested,” he said.

Despite the attraction of Spain, the sources consulted believe there is a risk of missing the boat. Countries like Denmark or Malta are starting to be promoted as attractive places for companies related to medical cannabis, either with facilities to invest or because of their low taxes, as in the case of Malta. “Countries like Italy, Greece, and Portugal are also offering to host this type of business,” concluded Soriano. “There is not much time and the opportunity cannot be missed.”

First published in eldiario.es, a third-party contributor translated and adapted the article from the original. In case of discrepancy, the original will prevail.