Cannabis is one of the hottest bets among American millennials. Large funds, such as JP Morgan and Golden Opportunity, also invest in the sector. As a result, this added about $20 billion to the U.S. economy in 2017. The production of cannabis serves various purposes, from medicinal to recreational making the industry an exciting opportunity with a number of ways to invest. 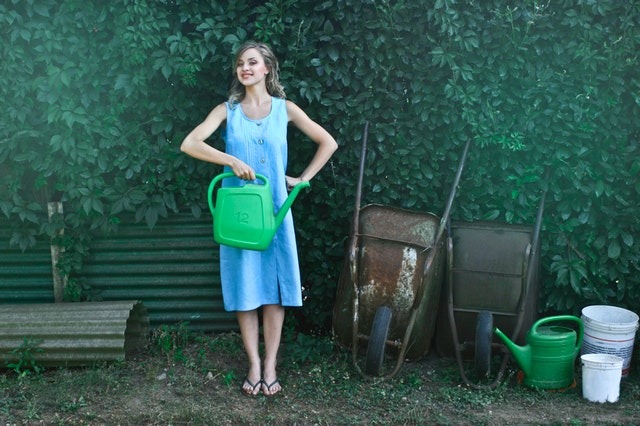 Despite youthful enthusiasm, those interested in investing in cannabis businesses are neither restricted to one age group nor limited to individuals.

Large funds, such as JP Morgan and Golden Opportunity, also invest in the sector. As a result, this added about $20 billion to the U.S. economy in 2017.

However, the cannabis industry is expected to reach $77 billion by 2022. This equals an amount equivalent to the GDP in U.S. states of Idaho and West Virginia combined.

All that said, it can be tough to keep up with this fast-growing industry and hemp investing related news. That’s where the Hemp.im app comes in.

All these investment promises in the cannabis industry are backed by the history of the companies of the investors.

For example, the Canadian company, Canopy Growth, had its shares traded on the New York Stock Exchange (NYSE) at $32.77 in June 2018.

The cannabis production of these companies serves various purposes, from medicinal, aesthetic and even recreational areas.

Investing in cannabis businesses can mean investing in several brands

In fact, some of the best-known brands come from these groups. Canopy Growth, the world’s largest cannabis producer, owns Van der Pop, which focuses on women.

Additionally, they own Tweed, which is famous for providing more sociability, and the versatile Tokyo Smoke. On the other hand, Aurora, owns Thor, Peyto, Tower, and Mattego, among others.

There are facts that support surveys like “Frontier Data,” which maintain that the cannabis market employs 250,000 people in the United States. This is five times more than the coal industry.

In 2022, the number of jobs in this green business could reach 330,000, especially if the Americans will migrate to consume legal products.

That’s because, in states like California where recreational cannabis use is legalized, producers and consumers prefer the unregulated market in order to pay less.

These problems are “typical of transition periods”

In 2018, California accounted for $2.5 billion in cannabis sales. This results in almost $500 million less than the amount collected in 2017 when cannabis was sold for medicinal purposes only.

However, this does not mean that there has been a retreat in the cannabis trade since, unlike forecasts predicted, consumers have not migrated to the legal market.

Founder of the Beverly Hills Cannabis Club, Cheryl Shuman, also known as the Martha Stewart of marijuana, points out that these problems are typical of a transition period.

“There have been some conflicts in the new amendment put in place and tax issues in certain municipalities have been left vague. All this has led to the County of Los Angeles, for example, circumventing the problem by issuing temporary licenses to cannabis producers and traders,” she said.

According to her, other problems are also present in the dispute of the legal and illegal market.

“Many of those who cultivated and sold marijuana outside the legal parameters were willing to fit their businesses into the new rules, but because they have already responded to trafficking, drug possession or gun-related processes, they are prevented. This keeps them illegal, and they sell marijuana at a price of up to 75% cheaper than legal producers since they don’t have to pay for tests, taxes and the like,” says Shuman.

Shuman is also known as the cannabis queen of Beverly Hills, the neighborhood of Hollywood movie stars, in Los Angeles.

Divergences between state and federal laws are other points raised by Shuman, who sees some normality in the growing pains of legalization.

Shuman says there will also be large acquisitions and mergers between cannabis companies, just like the alcohol industry after the end of the American Dry Law in the 1920s.

Some are not too optimistic about investing in cannabis businesses

Not so optimistic is Jesse, who asked not to reveal his last name. At the age of 43, he is a small producer with a solid portfolio of clients. He doesn’t even consider legalizing his business.

“To comply with the laws, I would have to disburse a lot of money because we are charged 80% tax. Not to mention the bureaucracy with the tests and the like. I would have to pass on all these costs to the final value of the product, which would make my business unfeasible. It took me more than a decade to build my clientele and I would lose everything,” says Jesse.

Supporting his wife and seven-year-old daughter with the business, Jesse makes home deliveries and most of his consumers are on the West Side, the noblest part of Los Angeles.

His five-year client in the Santa Monica region, says price is the primary reason he continues to do business with Jesse.

“I buy in large quantities and get an even more reasonable price with Jesse. It just wouldn’t make sense for me to look for a legal store, because I know the quality of the cannabis I buy here is good, and I don’t have to pay four times the amount for a certificate that tells me what I already know,” he says.

As the market and California accommodate and shape themselves to the new rules and instabilities, investors keep their bets high.

According to Bank of America analyst, Christopher Carey, for medical and recreational reasons, marijuana has the potential to move up to $166 billion a year worldwide.

“For climate reasons, it is possible to plant cannabis outdoors in South American countries, without great technology,” she says.

“In Canada, where the scenario is the opposite, $9 is spent to produce one gram of cannabis, and in South America, it can vary between $0.2 and $0.6,” says Shuman, “At the end of the day, we just need to remember that cannabis has proven medicinal properties, and I think it can save not only lives but our economy as well.”

First published in NEOFEED, a third-party contributor translated and adapted the article from the original. In case of discrepancy, the original will prevail.