The U.S. election could have far-reaching consequences for the cannabis world. Here, as we wait for the resolution of a drawn-out counting of the votes, we take a look at the possible consequences that the final result could have for cannabis. Ultimately, however, it does appear that the runaway cannabis legalization train will be unstoppable by either candidate—they will only be able to slow it. 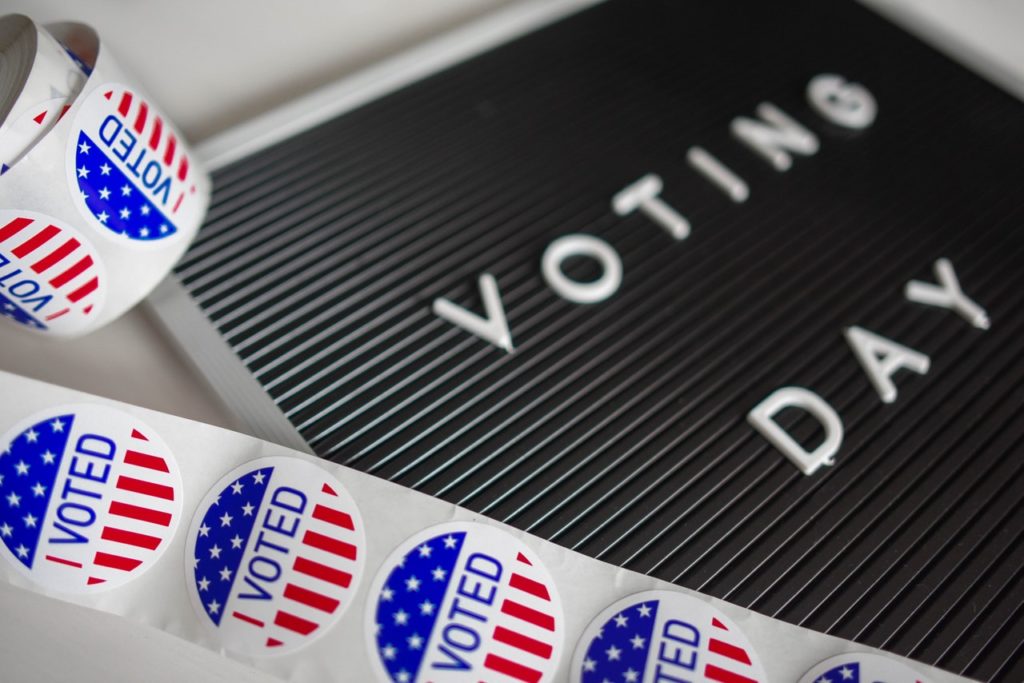 There’s a U.S. election going on in and, as a world superpower, it’s not just the presidency that’s at stake.

The current president, Donald Trump of the Republican Party, and Joe Biden of the Democratic Party are competing for the White House.

In addition, seats in the House of Representatives and the Senate are being renewed. This last point is fundamental, because whoever wins would have a parliamentary majority and could pass their bills without obstacles.

If we consider that a possible legalization of cannabis throughout the United States is on the agenda, it is not a minor issue.

And if we add the fact that the United States has been the main driver of marijuana prohibition in the Americas, the importance is evidently huge.

Find out more details about the impact of the U.S. election on cannabis and other important hemp news with the Hemp.im mobile app.

As we wait for results, what are the possible scenarios?

In the event of a Democratic victory, it would advance the federal legalization of cannabis, which Biden included in his campaign platform for the most aggressive U.S. election in recent times.

Of course, it wouldn’t be straightforward. Biden is not Bernie Sanders, another Democratic candidate who was openly in favor of pushing for full legalization.

Among the 50 points in Biden’s campaign platform, the candidate promises to put a stop to the criminalization of users through federal decriminalization and the elimination of previous convictions for minor marijuana-related offenses.

“I will support legalization for medical purposes, leaving decisions related to legalization for recreational use to the states, and I will reformulate cannabis as a Schedule II drug so that researchers can study its positive and negative impacts,” he says in his U.S. election plan.

Future of the federal legalization project after the U.S. election

The federal legalization project has been on the U.S. floor since September, but officials have postponed the debate until after the elections.

“In the event of a Democratic victory, it would mean a majority in the House of Representatives and the Senate, and we are confident that a vote on cannabis legalization would pass: Biden said it would pass. This is Samantha Teigner, secretary of Democrats Abroad in Argentina, the political organization of U.S. expatriates who are affiliated with the Democratic Party.

Among their duties, they organize for Americans living in other countries to be able to vote in elections.

“I will support legalization for medical purposes, and I will reformulate cannabis as a medicine so that researchers can study its impacts,” Biden says in his plan.

With recent American history being as it is, the U.S. election has been marked by profound internal conflicts. The coronavirus pandemic caused an unprecedented economic recession, with unemployment exceeding 15% of the population, the worst figure in its history.

In addition, police violence against the African-American community has increased, triggering violent protests since the murder of George Floyd, and a record number of people have come forward to vote for the rejection of Trump. The land of the free is far from paradise.

According to monitoring by the U.S. Election Project, more than 82 million people have already voted in advance, twice as many as in the 2016 election.

However, Donald Trump also has his followers, in the face of a rise in hate ideologies and the racist cries of white supremacists.

How the U.S. election works

One thing to keep in mind: the vote of the popular vote of the population does not directly define the winners. Instead, there is a pre-defined number of presidential electors per state. It is then those electors who determine who will be the new president.

It is hard to predict The future of cannabis if Biden wins U.S. election

Biden looks like a friend of cannabis at first, but his resume makes it hard to tell what will happen if he wins the U.S. election. During his political career, he was an advocate of the “War on Drugs.”

Between 1987 and 1995 he was chairman of the Senate Justice Committee, where he dealt with drug policy. In addition, he supported legislation that increased penalties for cannabis use and cultivation.

Biden’s change of position is due to a demand from the rank and file of the party. Most people in the Democrat party support the legalisation of cannabis.

Biden has always supported the “war on drugs”, but according to his own party he has been open to the issue recently. He would not promote federal legalization, but he would not oppose the states to move

Bidens attitude towards cannabis is evolving

“Biden’s idea about cannabis evolved when he had more information. He himself said that with more data he is expanding his knowledge on the subject,” explains Teigner.

“Also, this year we saw that the War on Drugs has been targeted at people of African descent and it’s something that was talked about a lot because of systematic racism. Biden is one of the more cautious members of the party, but he listens to what people are saying,” Teigner says.

Biden would probably leave the legalization of adult use up to each state if he wins the U.S. election. Something Barack Obama and Donald Trump did in their own way. We’ll have to wait and see if this “letting go” is accompanied by policies that facilitate the legalization process.

What happens if the Republican’s win the U.S. election?

“In the event of a Republican victory in the U.S. election, the legalization of cannabis would be slower. The Republicans support the measure but Trump, who refuses to talk about it, is more against it,” says Teigner.

According to the U.S. political system, each state has the power to legislate on its own territory. Thus, ten states have already fully approved cannabis.

While only South Dakota remains the only state to maintain total prohibition, the rest already allow medicinal use or CBD.

The legalization movement will be hard to stop

Regardless of who wins the U.S. election, nothing will stop the legalization tsunami that states are each surfing in their own way: there would likely only be variations in the pace and probably in foreign policy on the issue.

All indications are that whoever wins the U.S. election will no longer be able to stop the legalization movement that states are surfing each in their own way. There would be variations in the pace and probably in their foreign policy on the issue

Whatever happens at the presidential and parliamentary levels, four states voted to legalize cannabis on their territory. At the end of this vote, Arizona, South Dakota, Montana and New Jersey could join the green flag.

First published in Revista THC, a third-party contributor translated and adapted the article from the original. In case of discrepancy, the original will prevail.