Despite Spain being a leader in terms of decriminalization of the consumption and cultivation of cannabis, like much of the world, cannabis still remains in legal limbo. With laws subject to interpretation as to whether recreational or commercial quantities are involved, and expansions of administrative acts increasing the scope of other controls, nothing is as clear cut as one would hope. 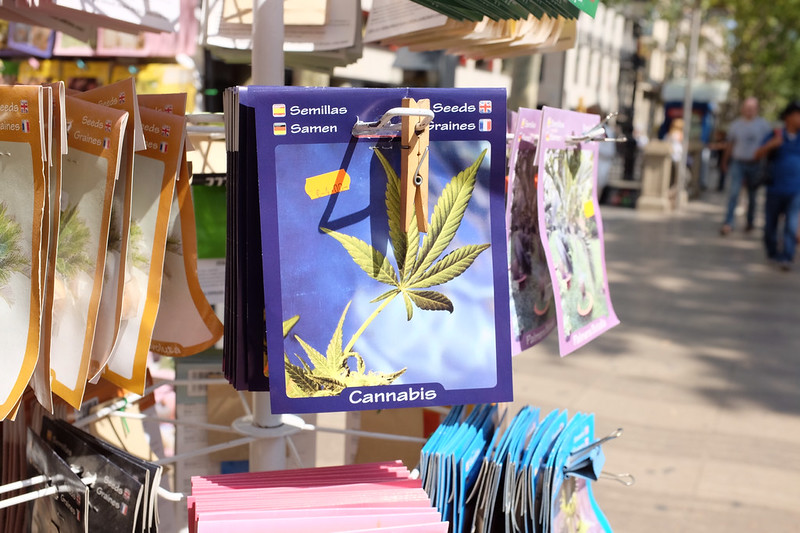 When it comes to the cultivation of cannabis, Spain is one of the leading countries in terms of decriminalizing the consumption and cultivation of it. However, despite the advances made in the country, in reality, there still exist many gaps and shortcomings in the interpretation of the relevant legislation. Thus, it is still highly common to find doubts being expressed in specialized discussion forums with respect to the legality of cannabis activity. For that reason, this article is going to attempt to clarify the situation regarding cannabis cultivation in Spain and, in the process, highlight the same problem that faces cannabis in many countries around the world; confusing legal status and unclear laws.

Read more about the cannabis sector in Spain and find the latest cannabis news in the world with the Hemp.im mobile app.

Regulations in Spain for the cultivation of cannabis

Before all else, it is necessary to distinguish between the different regulations by which Cannabis is controlled in Spain. In the criminal sphere, Article 368 of the country’s Criminal Code makes it an offense to ‘perform acts of cultivation, processing or trafficking, or otherwise promote, encourage or facilitate the illegal consumption of toxic drugs, narcotics or psychotropic substances,’ including marijuana. The legal interpretation of this article that follows is that the cultivation of cannabis is considered a crime only if it is intended for the illicit market. The commission of this crime carries penalties of between one and three years in prison and a fine, which is calculated according to the value of the drug.

The parts of the plant which are considered as cannabis under Spanish law are the flowering tops or fruits (flowers or buds) in addition to the cannabis resin, so in Spain, the leaves are understood to be a controlled part of the plant, as they also have more than 0.2% THC, which is the limit between cannabis or industrial hemp.

The legal vacuum of self-cultivation

Although the penal code is forceful when it comes to prohibiting the cultivation of cannabis, the reiterated jurisprudence of the Supreme Court has led self-cultivation to a situation that, although it is still not legal, is rarely considered criminally punishable either.

The jurisprudence of the Supreme Court says that, in order to establish the existence of a crime, two requirements must be met. The first is that of an objective nature, consisting of the possession of cannabis. The second, which is of a subjective nature, is to establish that the purpose or intention of the cultivation was the production of cannabis for eventual sale or trafficking, which is precisely the element that would give life to the criminal element. To deduce that the intention was just that, judges will apply a test looking at several indications, including: the quantity of cannabis that the defendant had in their possession (the Supreme Court considers that anything under half a kilo of cannabis is not a trafficable quantity); the distribution channels used; the instruments used in its commercialization; the financial situation of the defendant, and; whether or not the defendant can reasonably be considered a cannabis consumer or not.

Quantity considerations are the most important in determining intent

Often, the amount of cannabis is the most important piece of evidence proving intent to sell. Usually, the success of a criminal case hinges on the quantity of cannabis seized, with many of the other above-mentioned indicators only playing a very minor role in the test the courts use to rule in favor of a conviction under cannabis cultivation laws.

But in order to arrive at an exact calculation of the amount of cannabis seized in a cultivation conviction, the flowers, buds, and leaves must first be separated from all other elements—the earth, branches, roots, and the water that are inside the plant. Then, the final result should only be obtained once the plant is dried. This means that a rigorously prepared expert report must be created for each case that comes to court.

Because of this, it is almost impossible for the public prosecutor to prove that there is an intent to traffic—or to simply facilitate consumption by other third parties—and so many cultivation cases remain outside of that which can be prosecuted under the Criminal Code, thus avoiding the above-mentioned penalties.

Another important factor taken into account when prosecuting a cannabis cultivation case is whether or not the accused can reasonably be believed to be a cannabis user or not. Here, in order for a defendant to arrive at a favorable outcome in criminal proceedings, they must prove that they are a cannabis user, usually through objective means such as hair- or urine-based drug tests.

We must also remember that jurisprudence is a source of law which may or may not be applied, so it can never be 100% assured that history will always repeat iteself in each and every case that is brought before the courts. Yes, so far this happens in most cases, but we must remember that just as there is jurisprudence in favor of self-cultivation, there is also much that operates against it, such as the consideration of the cultivation and possession of cannabis as an ‘abstract crime.’ What this means is that the mere possession of cannabis can be re-interpreted outside of the directly applicable laws by reframing it as a threat to public health which, in Spanish law, is considered to be a legally protected good.

Administrative laws are an alternative avenue for penalizing cannabis cultivation

On an administrative level, the cultivation of Cannabis has been greatly affected following the entry into force of Organic Law 4/2015 of 30 March on the protection of public safety, also known as the “Gag Law”. Article 36(18) of that law raises the planting and cultivation of toxic drugs, narcotics or psychotropic substances in places visible to the public—when they do not constitute a criminal offence—to the category of a serious penalty (which is punishable by fines ranging from 601 to 30,000 euros).

Unlike the old Citizen’s Security Act of 1992, which was limited to sanctioning illegal possession and consumption in public places, Act 4/2015 goes a step further by sanctioning Cannabis’s illegal cultivation of Cannabis in places visible to the public. For the first time in history, in Spain it is possible to sanction the cultivation of cannabis through administrative channels; the sanction is based on the fact that the Spanish Medicines Agency does not have a license for the cultivation of cannabis. The Spanish Medicines Agency is the only administration with the power to grant this type of licence.

On some occasions when one is implicated in cultivation—especially in rural areas and if the crop is small (a couple of small plants on a terrace)—the police can decide whether to initiate criminal proceedings or to initiate administrative sanctioning proceedings.

Given this situation, indoor cultivation is the most recommended and safest option for those interested in producing their own cannabis in Spain.