The cannabis world is constantly in motion and it can be hard to keep track of who’s who, and what’s what. With mergers and acquisitions going on and the usual ups and downs that come with the shifting sands of the cannabis landscape, sometimes we need to stop and take stock of where things are. With the year 2020 finally over, let’s tally up the results and see who the top companies are now. 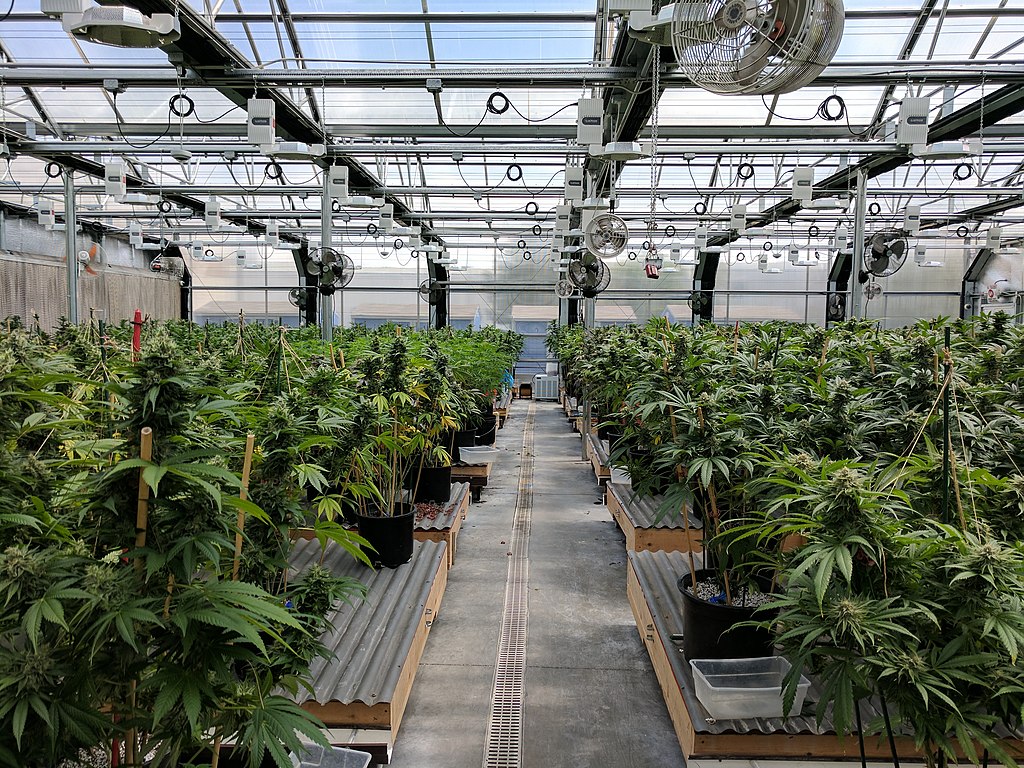 Cannabis companies have been one of the key drivers that move things in the cannabis industry. Much is often said about the boom in the cannabis market, especially in the stock market, where for several months its shares have set rising trends.

Whether it’s the end of prohibition, the start of the biotech revolution, or the explosion of growth linked to the first decade of the Internet, a new set of powerful companies has emerged. And quickly, they have settled into this new and proliferating industry as the clear rulers.

Many investors and many speculators are betting on the field of medical marijuana and legalized marijuana as the next billion dollar industry. Thus, they are creating waves of new millionaires.

With states as the regulatory force and key drivers of the cannabis industry, there are many companies that are eager to jump on this green wave. Follow them all with our companion hemp industry news app, available to download from the app store.

The cannabis company Canopy Growth Corporation was previously called Tweed Marijuana Inc. It is a cannabis company based in Smiths Falls, Ontario but doing business throughout the region and the world.

Tweed was originally founded by Bruce Linton and Chuck Rifici in 2013, and was later renamed Canopy Growth Corporation in 2015 after a merger with Bedrocan Canada. Mark Zekulin was also a co-founder and went on to become the sole CEO in early July 2019 after Linton was ousted from the company.

However, he resigned on December 20 following the announcement of the appointment of a new CEO. Today that position is held by David Klein.

As of April 2019, Canopy was the largest cannabis company in the world, based on the combined value of all of its shares (market capitalization).

At the time, Constellation Brands Inc. controlled more than 35 percent of the company that had approximately 3,200 employees. However, the year 2019 created new challenges for the company, as its share price fell by around 32 percent.

Aurora Cannabis Inc. is one of the Edmonton-based Canadian licensed cannabis-producing companies. It is listed on the Toronto Stock Exchange and the New York Stock Exchange as ACB;the latter since October 23, 2018.

At the end of September 2018, Aurora Cannabis had eight licensed production facilities, five sales licenses, and operations in 25 countries. It has a productive capacity of over 625,000 kilograms of cannabis per year with most of the capacity based in Canada and a growing presence in international markets, particularly in Denmark and Latin America.

Aurora is the second-largest cannabis company in the world by market capitalization, after Canopy Growth Corporation. After a significant expansion in 2018, the company reduced expenses in the second half of 2019 when the Canadian recreational cannabis market had low sales due to overstock and the black market.

Aphria Inc. is another of the cannabis companies based in Leamington, Ontario, Canada. As an international producer and distributor of medicinal and recreational cannabis, the company operates through retail and wholesale channels in globally.

Aphria is one of the main distributors of medical cannabis in Germany and has operations in more than 10 additional countries outside of Canada. It also offers multiple products under a portfolio of recreational cannabis brands, including Good Supply, B! NGO, Solei, RIFF, and Broken Coast.

In December 2020, the company announced a merger with Tilray.

Tilray is another Canadian cannabis and pharmaceutical company with major operations in the United States. Its headquarters are in Toronto and Ontario, however, Tilray also has operations in Australia, New Zealand, Germany, Portugal, and Latin America.

Following the December merger with Aphria, Tilray shares soared more than 25 percent from the very start of trading. Together, the two corporations aim to form the largest cannabis company in the world by revenue.

With international production and distribution on five continents, Cronos Group is committed to building disruptive intellectual property in the marijuana market. It does so by promoting cannabis research, technology and product development.

With a passion for responsibly elevating the consumer experience, Cronos Group is building a portfolio of iconic brands which includes Peace Naturals™, a global wellness platform, two adult brands, Cove™ and Spinach™, along with three brands of CBD derived from hemp: Lord Jones™, Happy Dance™, and Peace™.

FSD Pharma, Inc. is a holding company that has been listed on the stock exchange since May 2018. FSD BioSciences, Inc., for its part, is a wholly-owned subsidiary specializing in the research and development of biotech pharmaceuticals. It was founded in 1998 and is headquartered in Cobourg, Canada.

GW Pharmaceuticals is a British cannabis and pharmaceutical company known for its multiple sclerosis treatment product nabiximols (brand name Sativex). It was the first natural derivative of the cannabis plant to gain market approval in any country.

Another cannabis-based product, Epidiolex, was approved for the treatment of epilepsy by the US Food and Drug Administration in 2018.

GW Pharmaceuticals was founded in 1998 in the UK by Drs Geoffrey Guy and Brian Whittle. That year, they obtained a cultivation license from the UK Home Office and the MHRA. This allowed the company to grow, possess, and supply cannabis to conduct scientific research on the medicinal uses of the plant.

Birthed in Ottawa, Canada, HEXO Corp is an award-winning cannabis company that creates and distributes products to serve the global cannabis market.

As one of the largest licensed cannabis companies in Canada, HEXO Corp operates 2 million square feet of facilities in Ontario and Quebec, in addition to a foothold in Greece to establish a Eurozone processing, production, and distribution center.

Incorporated in 2013 under the name The Hydropothecary Corporation, the company was created to serve the needs of the Canadian medical cannabis market. With the arrival of the legalized market in 2018, the company became HEXO Corp, both for adult use (recreational) and for the medical market.

Khiron is perhaps the largest cannabis company in South America thanks to its locations in Colombia and Peru, but it is also strong in the UK. Its mission is “to improve the quality of life of patients and consumers through the applied use of cannabis and technology” and its goal is “to reach one million patients and consumers by 2024.”

In the domestic market of Colombia and elsewhere in Latin America, Khiron Life Sciences has established alliances with some of the most respected medical associations in the region. In coordination with these associations, a growing regional network of physicians is being created to serve as the primary distribution channel.

Avicanna is a Canadian biopharmaceutical company that brings advanced natural cannabinoid solutions to the global market through an evidence-based approach. Like Khiron, it also has a strong presence in Latin America .

This look is offered on various product platforms including API, medical, pharmaceutical, and dermacosmetics. As a vertically integrated multinational organization, Avicanna focuses on utilizing scientific research related to plant-derived cannabinoid products. And it does so through its internal research platforms and strategic collaborations with world-class research institutions.

Avicanna’s years of research and development were conducted at its Canadian headquarters within the Johnson & Johnson Innovation Center. This was made possible by an exclusive research agreement at the University of Toronto’s Leslie Dan School of Pharmacy.