The legal cannabis market is expected to move $57 billion worldwide by 2027. US and Canada are the most recurring destinations for these investments. Jonas Rafael Rossatto, a businessman from Uruguay has huge plans for the cannabis market in Brazil. Only 60% of the available stock in the pharmacy is destined for reservations. The other 40% need to be kept for users who have not adhered to the application. 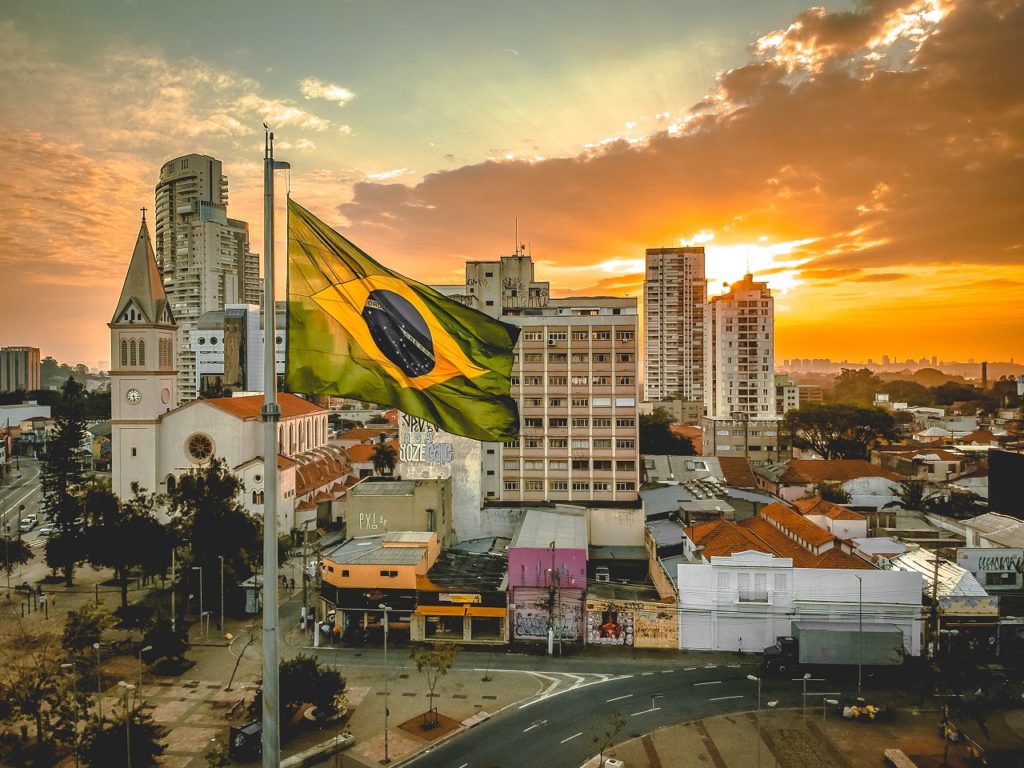 Businessman Jonas Rafael Rossatto, who created an application in Uruguay and managed to end the queues to buy cannabis for recreational purposes, has his eye on the Brazilian market. An investor in the field of technology and cannabis tourism in the neighboring country is planning new flights through Brazil, with the release of the cannabidiol-based medicine trade in Brazil.

The latest CBD & Cannabis updates are now at your fingertips, with notifications and fresh information offered by our companion, the CBD News App. Stay up-to-date with marijuana stocks for investments, global market, cannabis legalization and more. CBD News is a mobile app that focuses exclusively on CBD. It brings you the very latest news in the CBD industry.

“In the coming months, I must work with a medical cannabis association in Rio de Janeiro, which is about to open. A doctor from this association has already been recommended over a thousand prescriptions for medical cannabis, whether for the treatment of Alzheimer, refractory epilepsy or cancer,” pointed out Rossatto, a Parana native who moved to Montevideo in 2017 when the sale of cannabis in pharmacies began. The neighboring country was the first to legalize cannabis for recreational purposes on the continent.

Foreign investors are interested in the Brazilian cannabis market

Brazil has regulated the sale of derivatives for medical purposes but did not legalize the planting, which generated a problem of raw material. Besides the associations that are beginning to appear in the national scene for the import of the substance, there are other organizations being formed with the objective of making access to the products feasible. Lawyers, for example, are already organizing themselves for habeas corpus preventive actions that should reach the courts requesting planting permits.

“Lawyers’ associations already exist to achieve preventive habeas corpus for cultivation. While Brazil still thinks in a restrictive way, there are already moves to import raw materials from Uruguay for medicinal purposes,” said Rossatto. Uruguayan producers are also keeping an eye on the Brazilian market. “Cannabis is about to become an Uruguayan commodity,” he added.

The businessman said he arrived in Uruguay two months before the sale began in pharmacies. Observing queues that passed four blocks in the search for the two types of cannabis sold and the frustration of most of the users registered by the government, who did not have access to the free sale of cannabis, he developed the application after conversations with authorized pharmacy owners.

The inconvenience of selling at the time was immense – from the phones of old pharmacies that kept ringing with consumers making sure of available stock, to unwanted encounters with young and old of the same family, generating embarrassing climates in the face of the prejudice still prevailing in the country.

The application developed by Rossatto

Faced with this scenario, Rossatto developed the “reserve cannabis” application and obtained authorization from the government agency responsible for managing this market, the Cannabis Regulation and Control Institute (IRCC), to operate. The application informs the availability in pharmacies and the possible days for reservation and withdrawal. At the same time, it reminds the user of the day and time of their next “withdrawal”, according to the seven-day regulations established by the state.

At the scheduled time, the person just has to go to the pharmacy, identify himself, pay and withdraw the product. This authentication is done biometrically for about 40 thousand users registered by IRCC. Currently, there are 17 pharmacies authorized to sell the drug in the country – seven of them in the capital, Montevideo. Despite the small number, there are no more lines in the pharmacies.

“I’d stand in line for about four hours and often, after waiting a long time, an employee would come out and tell me that the stock was gone,” he told Metropolis Matias Romano, a tattooist who usually buys weekly from a pharmacy in downtown Montevideo. “Today, I say there is efficiency in this kind of sale,” he added.

Only 60% of the available stock in the pharmacy is destined for reservations. The other 40% need to be kept for users who have not adhered to the application. In addition, if the owner of the reservation does not show up for the withdrawal on the scheduled day, the other day the product returns for free sale. The product offered has a low THC (tetrahydrocannabinol) content, a substance responsible for the psychoactive effects of cannabis.

The legalization of cannabis for recreational purposes was a law passed in Uruguay in 2013 when the country was run by center-left governments. Even with the rise of the center-right Luis Lacalle Pou to power, however, Rossatto does not believe in a retrograde step in the law, considered one of the most advanced in the world, alongside those of Canada and the Netherlands.

“Faced with the economy that has formed in Uruguay, I believe that it will not go backward, that it should become even more permissive,” said Rossatto, who has lived in Uruguay since 2017. “The country itself is developing in relation to this, even with the International Monetary Fund (IMF) going against this law. The banks, for example, still don’t allow money from cannabis to be traded. Uruguay has made progress, but it still has that hand brake pulled,” he said.

Owner of a pharmacy in downtown Montevideo, Sergio Redin shared this opinion. For him, if Lacalle Pou admits to the influence of the extreme-right minority that helped elect him and push back points of the current legislation, he is betraying the electorate.

Lacalle Pou was elected with a very small margin of votes and, if he had taken a backward position on the cannabis issue during the campaign, he would most likely have lost the support of the approximately 18% of voters who said they voted for him saying that the legislation would not go backward. That percentage is higher than the difference he earned in the race with Daniel Martínez, a left-wing candidate who lost the election by 37,000 votes (about 1% of the vote).

Counting from the new president’s track record, change in the direction of reversing legislation is not on the Uruguayan scene. Although it was against the sale in pharmacies, Lacalle Pou was the one who presented the first project to legalize cultivation for personal consumption of cannabis in Latin America in 2010.

The Brazilian Jonas Rafael Rossatto also has a cannabis tourism company, Weed Tour, in which he is a partner of two more Brazilians. He said that in recent years he has observed a change in customer behavior and bets on the education of the public he serves.

The bet is to reduce the prejudice and the way of feeding trafficking, which still resists, driven mainly by foreigners who visit the country or by Uruguayans who, for one reason or another, do not have registration and authorization from the regulatory agency. It is still necessary to stress, according to him, that the authorization for free purchase is only for Uruguayans.

“My company has been focused on educating people. Before, people from Brazil came to Uruguay just to consume cannabis. Today, they go to understand what cannabis is and all the markets that come from this raw material,” said Rossatto.

First published in Metropoles, a third-party contributor translated and adapted the article from the original. In case of discrepancy, the original will prevail.