Cannabinoids synthesized in laboratories often give rise to controversial issues associated with cannabis. The discussion on synthetic CBD, especially, requires a review of their health-promoting properties. Synthetic CBD comprise of illegal designer drugs like the popular Nabolin or “Spice,” as well as registered drugs with confirmed therapeutic properties similar to natural cannabinoids. 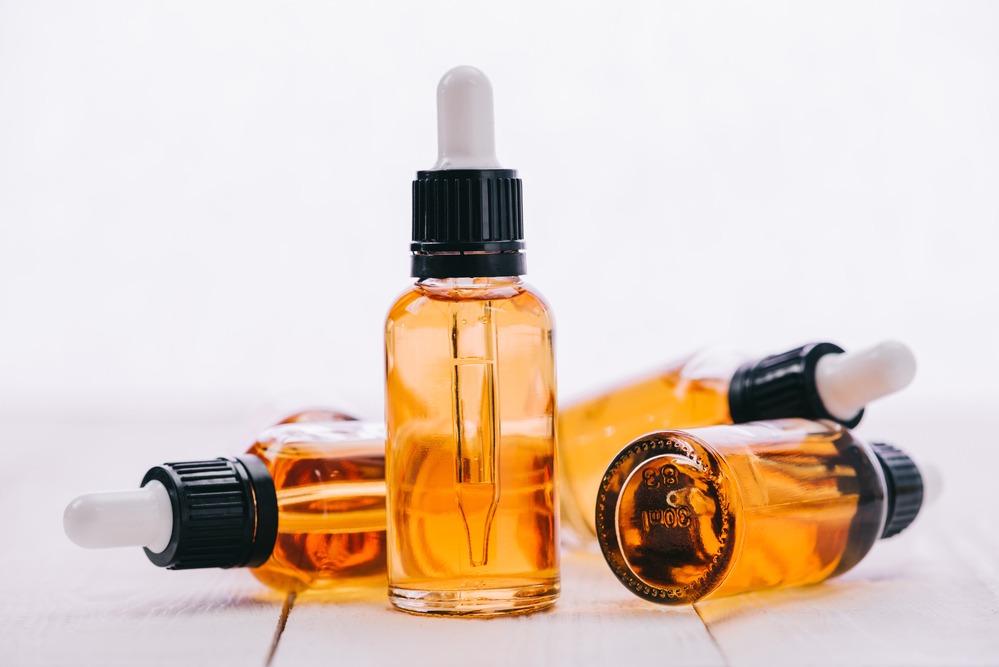 Most consumers might probably be already aware of the differences between hemp and marijuana. This includes the role cannabidiol (CBD) plays in the health-promoting effects of cannabis. CBD is already legal in a lot of countries. However, there are still some controversies surrounding different types of CBD products and their origins, especially synthetic CBD.

Cannabinoids synthesized in laboratories often give rise to the most obscure and controversial relationships associated with cannabis as a whole. The discussion on synthetic CBD, especially, requires a review of their health-promoting properties, or even their therapeutic effects.

The term “cannabinoids” originates from research devoted exclusively to the hemp plant. There are probably more than 100 cannabinoids found in plants—the so-called phytocannabinoids.

The majority of these compounds do not have a psychoactive effect. Usually, these show positive properties in relation to the human body when ingested. The best known are certainly the psychoactive tetrahydrocannabinol (THC) and the non-psychoactive CBD.

“Synthetic CBD,” on the other hand, are laboratory-grown substances. More or less, they mimic the chemical structure and effects of natural cannabinoids.

Synthetic CBD makes up a large and incredibly diverse group of substances. These have different statuses, such as illegal designer drugs or registered drugs. The latter has confirmed therapeutic properties similar to natural cannabinoids. They are also substances which are still at the research stage.

Synthetic CBD has names such as 4-HTMPIPO, AM-2232 BAY 38-721, JWH-302, WIN-55212-2 and similar. There’s also a trade name—Nabolin or “Spice,” a well-known drug responsible for some deaths. It has even caused great panic in the media. The ongoing concern is that “legal highs” are flooding the market.

Different studies suggest that many of the synthetic CBD developed for pleasure can cause serious side effects. One of these may lead to psychosis. At the same time, a large majority of these substances remain completely unknown.

However, synthetic CBD has actually been developed for medical purposes. Scientists extensively tested Nabolin, for example. It is on sale in the market as an antiemetic with analgesic properties. The drug supposedly combats neuropathic pain.

It remains controversial whether such artificially produced substances are a better remedy than natural THC or CBD. Researchers continue to debate if whole plant remedies are the best solution.

When it comes to the “natural” quality of synthetic CBD, defined by the similarities of its naturally occurring counterparts, there are serious differences. Some are literally a copy of the natural substance. In this case, they are often referred to as isolates. Other replicas are slightly modified compared to the plant model. Others deviate far from the “prototype.”

Out of the laboratory and into the market

Synthetic CBD is a group of replicas obtained in the laboratory. So far, it does not differ significantly from the natural substance in its chemical structure. The “original” CBD has no psychoactive properties. This is probably why scientists researching other synthetic replicas were not on the lookout for a stimulant version of cannabidiol. Their goal, however, was to develop a substance that was suitable for use as a medicine and had therapeutic value.

A group of researchers has compiled a fairly comprehensive overview of the synthetic replicas of CBD. They tested novel substances on mice and their anti-inflammatory properties. They also evaluated anti-epilepsy properties and the potential against Chron’s disease. The results were promising, but not spectacular.

The most practical finding was that some synthetic replicas achieved a slightly better pharmacodynamic benefit than the herbal CBD. However, it was interesting to note that although the natural CBD does not bind directly to the crucial CB-1 cannabinoid receptor (it acts indirectly there), some lab-made replicas (namely (+) – CBD, Abn-CBD, O-1602 and a few others) have not only bound directly to the receptor but have simultaneously stimulated other receptors. Unfortunately, the researchers have not yet investigated the consequences of this extended effect. They also haven’t approved any recommendation for further tests in trials, with regard to any of the substances tested in studies.

The term “synthetic CBD” is sometimes also used to refer to isolated CBD (pure CBD) in use. This is whether they obtained CBD by extraction or synthetic means. More recent findings report that the isolated CBD behaves in a comparable way to actual plastics.

Such an application leads to a very narrow “effective window.” There is a very precise dose at which CBD shows a positive effect. Scientists are aware of this problem. They are possibly working on the most advanced use of CBD—the relationship in relieving the symptoms of epilepsy among children.

It is extremely difficult to find the right dose under which CBD maintains positive effects. There is also a need to consider the dose in order not to increase the contaminant content of other drugs. However, the problem of the “bell curve phenomenon” disappears if the application experiments used the extract obtained from the entire plant.

In using isolated CBD or synthetic CBD, one thing remains clear. The entourage effect remains in any case, no matter what means are used. In short, this phenomenon means that a mix of cannabinoids has much better properties than a single cannabinoid.

Because full spectrum plant extracts outperform the hypothetical sum of a single and individually applied active substance in their effect, one speaks of “synergy.” A mixture of individual cannabinoids, which then corresponds to the natural occurrence in its proportions, also has this advantage.

It is somewhat difficult to draw conclusions from the studies on various synthetic CBD species. These compounds did not show any dangerous side effects, compared with the well-known designer drug “Spice.” Many man-made substances could, therefore, find specific use in medical drugs, as they combine the advantages of CBD with the ability to bind to the many different receptors.

But this dilemma is only a medical problem. Take note that the only form of legally and freely traded CBD on the market falls under food supplements. Most CBD oils from well-known manufacturers fall into this category. Synthetic CBD is also not regularly available from distributors. Most of them are still in a testing phase.