South Africa’s cannabis industry has made huge steps over the last year. Companies and government departments are also showing support for these industry changes. With the Cape Town and provincial governments setting aside land for cultivation, experts are determined that South Africa could unlock a billion-dollar industry by regulating cannabis cultivation. However, laws still stand in the way. 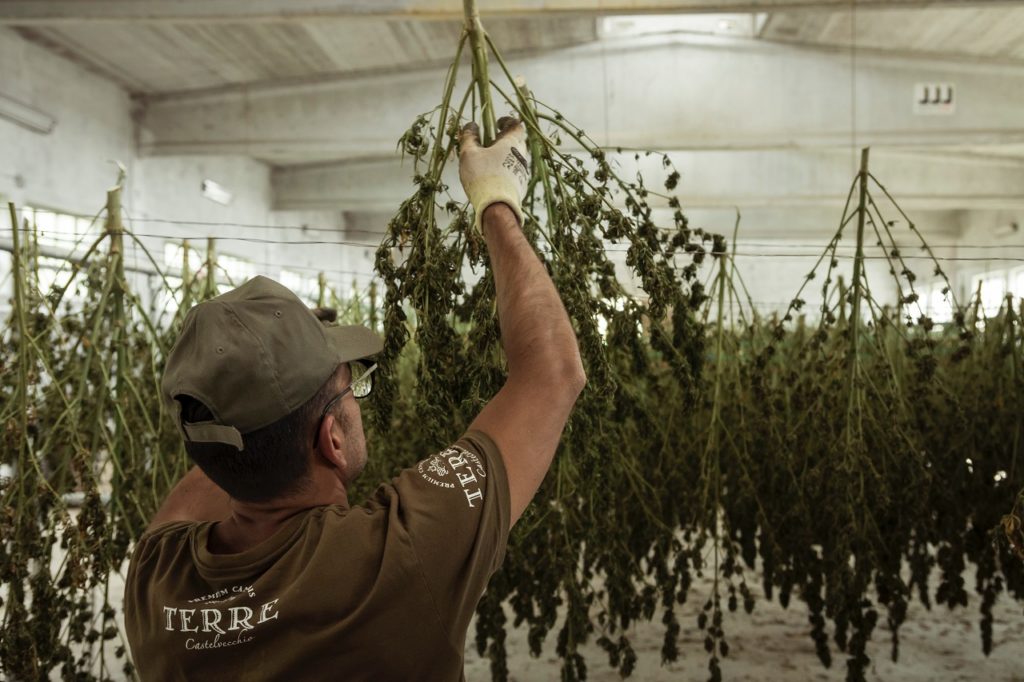 Druid’s Garden Farm in Hennops, about 32 km north of Johannesburg, has licensed cannabis farmers in South Africa to research and legally produce cannabis and other traditional medicines for sale in the country and international markets.

The founder of the farm, Cian McClelland, said one of his goals was to help small farmers enter the potentially lucrative cannabis market in South Africa.

Curating quality information on only the most promising cannabis companies and the most influential investors, Hemp.im allows you to save time as you stay on top of the latest trends in this dynamic industry of marijuana news.

“One of the most important aspects of this industry is for us to find ways to raise small farmers, especially rural cannabis farmers in South Africa,” said McClelland. “We’d like to play an active role across the country, in partnership with Heritage Trust, to help provide access to these markets.”

McClelland knows that farmers in rural areas who grow cannabis traditionally but illegally, are now fighting to benefit from the country’s relaxation of cannabis laws.

Following the Constitutional Court’s decision in 2018 to decriminalize personal use and cultivation of cannabis, according to a recent report by Prohibition Partners, the cannabis industry in South Africa could be worth more than $23 billion by 2023.

However, some fear that cannabis farmers in South Africa who have been working for decades in what has been an illegal industry are missing out on the potential boom.

According to a South African agricultural publication, the cost of establishing a legal cannabis farm is estimated at between $200,000 and $350,000.

According to agricultural experts, the new cannabis industry could soon be controlled by large pharmaceutical companies, eliminating long-time cannabis farmers in South Africa.

Some successful farmers such as Itumeleng Tau are working to train emerging farmers to grow and process cannabis to the standards required to obtain licenses.

“If a small farmer in a rural area has to have one or two hectares of land that’s fully fenced when he was farming without a fence and no one was stealing it, it’s pretty inconvenient,” said Tau.

Moleboheng Semela, a cannabis activist and Secretary-General of the Cannabis Development Council, is among those fighting to obtain licenses for cannabis farmers in South Africa who had previously grown and sold cannabis illegally. His organization helps emerging farmers obtain permits to grow cannabis and produce medicine.

“We have these communities that were involved in the cannabis industry prior to the court’s decision, but we have seen our government focus more on pharmaceuticals,” said Semela.

The cannabis industry in South Africa is growing so rapidly that cannabis conventions are emerging across the country. A recent cannabis exhibition held in Johannesburg’s chic Sandton Convention Center attracted hundreds of cannabis activists, farmers, growers, and exhibitors from around the world.

According to exhibition director Silas Howard, the exhibition has grown from 58 exhibitor booths last year to more than 200 booths this year.

“It just shows how much and how fast this industry has grown,” said Howard.

“We note that cannabis cultivation can play an important role in helping the poorest regions of the country,” Ramaphosa said at a community meeting in the rural town of Lusikisiki in the Eastern Cape Province in September last year.

The province is one of the areas where cannabis has been grown by many farmers in South Africa for generations as a means of subsistence despite laws prohibiting it. Last year, the Eastern Cape provincial government sent a delegation to Canada to study cannabis cultivation and product development.

However, South African law enforcement agencies remain committed to arresting cannabis farmers in South Africa who produce without a license.

In November, police arrested three people for operating a hydroponic laboratory in Brits, outside the capital Pretoria, confiscating more than $200,000 worth of cannabis.

“The investigation is aimed at cracking down on the illegal proliferation of cannabis dispensaries across the country,” said police spokesman Captain Tlangelani Rikhotso.

At Druid’s Garden, Cian McClelland said that the bar need not be so high for newcomers.

“Opting for a full pharmaceutical license is very expensive and out of reach for most people in rural areas,” he said. “So what we’re advocating is to use our space as a training center, to bring people from rural communities and teach them low-tech models that are within their means so that they can go back to their communities and implement them relatively easily.”

First published in News Feed, a third-party contributor translated and adapted the article from the original. In case of discrepancy, the original will prevail.