The United States may be between two large countries with legal, emerging marijuana markets. If cannabis legalization happens in Mexico, the country will only be the third in the world to implement it. According to Reuters, the Supreme Court of the country ruled that the ban on marijuana is unconstitutional. Lawmakers consider 13 different proposals that will include comments from the public. 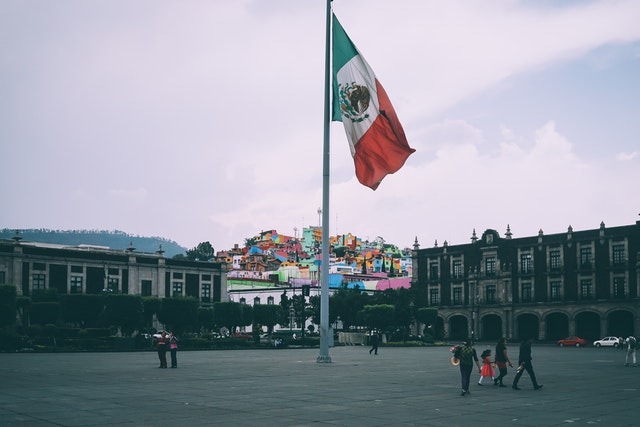 Cannabis legalization in Mexico means the United States may be between two large countries with legal, emerging marijuana markets.

However, Mexican lawmakers are debating the details of the legislation would legalize marijuana nationwide.

Additionally, some predict that legislation could be ready for a rapid reversal from the end of October.

The decision for cannabis legalization in Mexico

Likewise, Uruguay and Canada legalized cannabis at the federal level. If Mexico legalizes marijuana for adult use nationwide, the country will only be the third in the world to implement it.

The decision would put the United States, where marijuana is illegal at federal level, between two large countries that have a big start in creating legal cannabis markets.

Lawmakers consider 13 different proposals during hearings that will include comments from the public, according to the Mexico News Daily.

These proposals include one submitted by Senator Julio Menchaca Salazar of the ruling MORENA party of the government.

Making cannabis illegal has only led to the establishment of an organized mafia,” the senator said according to a MORENA press release.

According to Reuters, the country’s Supreme Court believes that marijuana bans were unconstitutional.

The decision was part of a series of orders issued by the cannabis court at the end of 2018.

According to the Mexican Supreme Court, “the effects of marijuana do not justify an absolute ban on its consumption.”

The decision effectively turned the issue around the government to establish the rules and regulations of a legal system.

This move comes after the Supreme Court had a six-month period for legislators to make prescriptions for medicinal marijuana. They had to ensure that patients in need of cannabis can obtain it legally.

The bill submitted by the president’s party is one of many that pertains to crime in Mexico which is heavily focused on drug-related crime. Of course, this remains a major problem for Mexico.

Mexican drug cartels reportedly earn between $19 and $29 billion in drug sales in the United States.

According to the press release on the bill submitted by Salazar, the Mexican Ministry of Health is going to be responsible for designing rules for the planting, cultivation, harvesting, preparation, possession and transportation of marijuana.

Additionally, they’ll be in charge of the laws governing the use of adults in the country.

As a result, with a possible bill within the next few weeks, Mexico could already be nationwide with legalized marijuana in 2020.