Doctors are warning about a hole in Polish cannabis laws. Despite the conservatism of the state, poorly prepared regulations have given access to the availability of soft drugs. You can legally buy them at the pharmacy. A lack of clear instructions or indications, and unprepared pharmacists have all made experts criticize the way medical marijuana became introduced to the market. 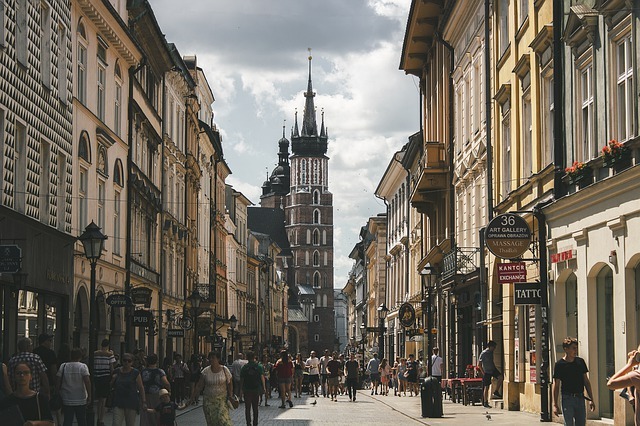 Doctors are warning about a hole in Polish cannabis laws.

Despite the conservatism of the state, poorly prepared regulations have given access to the availability of soft drugs. You can legally buy them at the pharmacy.

Packaging, a prescription from every doctor, a lack of clear indications, and unprepared pharmacists have all made experts criticize the way medical marijuana became introduced to the market.

The medical community supporting hemp treatment warns the health department that the product might now be more for drug addicts than patients.

Some fear Polish cannabis laws did not prepare doctors and pharmacies

Some specialists indicate that the idea of using medical marijuana became distorted. No-one supervises the quality of the products and who actually gets them.

“Many shops operate online which makes them easily accessible to minors,” says Dorota Gudaniec, who actively fought for the introduction of medical cannabis. In addition, Gudaniec’s son is the first medical patient in Poland.

“We are not prepared. The product went to pharmacies, but most pharmacists have no training in how to dispense it. As well as that, doctors also have a problem,” admits the head of the pharmacy at the Warsaw oncology centre.

“The preparation must be given to anyone who brings a prescription. They can only check that it is not counterfeit, but they do not verify that it has been issued for medical purposes.”

According to the law, cannabis can be prescribed by any doctor except a veterinarian. The doctor is who determines the dosage.

Perhaps it wouldn’t be a problem if it wasn’t for the fact that the Polish market received a preparation with the highest possible concentration of the so-called THC (19%).

According to some doctors, it is not suitable for many patients who have been waiting and fighting for years for legal and cheap access to therapies based on medical cannabis.

The biggest risk is that no one monitors the drug. The regulations introducing the possibility of “grass” treatment do not require it.

There is also no leaflet, as with traditional medicines, warning about side effects, telling about the dosage method and information in which diseases it should be used.

The imperfections in Polish cannabis laws

He says that the regulation should specify a list of diseases that can involve the use of cannabis.

“The choice is up to the doctors. Therefore, it is the doctors who bear a great responsibility, who will receive such a product and in what concentration,” adds Kidawa.

He also admits that it depends on medical ethics whether it will serve for recreational or medicinal purposes.

For the time being, they are looking at the market, which may pose a risk that marijuana will reach drug addicts.

“Until now, we have not had any signals of irregularities,” Kidawa emphasizes.

First published in biznes.interia, a third-party contributor translated and adapted the article from the original. In case of discrepancy, the original will prevail.