The development of the cannabis industry requires the construction of new buildings and the transformation of abandoned factories. To date, of the 200 licenses granted by Health Canada across the country, with a high concentration in Ontario, only 14 have been granted for projects submitted by companies based in Quebec. The commercial real estate investment projects in Québec total $113.6 million. 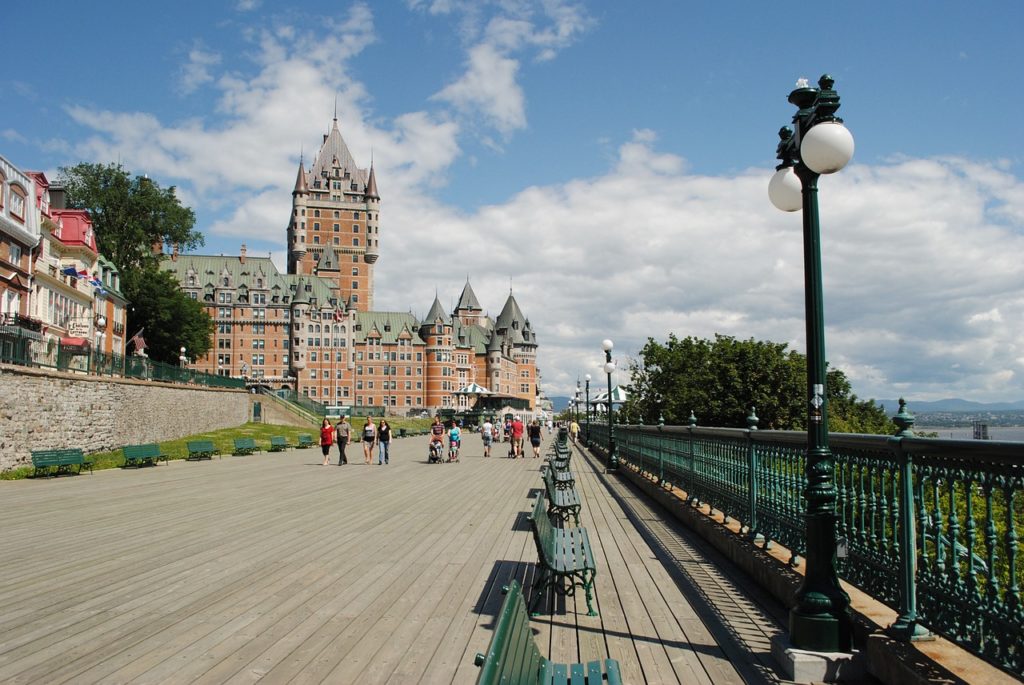 The development of the cannabis industry requires the construction of new buildings and the transformation of abandoned factories. As such, there has been a mixed interest in the Quebec cannabis market.

“While the industry in Ontario is driven by numerous production and processing projects, Quebec is dragging its feet,” says the Association québécoise de l’industrie du cannabis.

“It is obvious that we are less open than the other provinces and that is a problem for us,” says the organization’s spokesperson, François Limoges.

To date, of the 200 licenses granted by Health Canada across the country, with a high concentration in Ontario, only 14 have been granted for projects submitted by companies based in Quebec.

A cannabis calm in Quebec

“We can’t talk about a cannabis rush in Quebec,” says the association’s spokesperson, who is himself involved, with two partners, in the Rose Sciencevie company.

The SME is preparing to inaugurate its new production-processing plant in Huntingdon, Montérégie.

Some cities hope to boost interest in Quebec

Almost a year after the legalization of cannabis in Canada (which took place on October 17, 2018), some cities in Quebec are trying to attract companies to their industrial parks for production-processing, in greenhouses or in waterproof buildings.

“We want to develop this economic centre,” says Josée Fortin, General Manager of Sherbrooke Innopôle. It will become one of our five key fields of study in the life sciences,” she says.

Furthermore, she adds that Sherbrooke intends to “become a leader in this sector, by involving university researchers to develop cannabis products for medical purposes.”

From this perspective, there is no question of encouraging investment in recreational cannabis.

However, not all municipalities wish to develop this sector, especially in the agricultural territory, notes real estate broker Dyane Cotnoir.

“I receive many requests from young entrepreneurs in the Montreal area who want to start this production. I would be happy to help them find sites, but I see that many municipalities simply do not want them,” says Cotnoir.

A variety of concerns for cannabis in Quebec

The broker specializing in the agricultural sector considers that the Quebec cannabis market operates in a “grey zone”. This includes issues such as zoning for growing and processing cannabis plants.

“Take Mirabel,” she adds, “the municipality has imposed a moratorium. All kinds of reasons are given to defend this position, whether it is odors, too much light in buildings… Mirabel is no exception. Many RCMs are also questioning themselves.”

The reality is quite different in Weedon, and it is not due to a lack of interest on the part of the municipality of Estrie.

“We are open to development projects in cannabis,” says Mayor Richard Tanguay, “but it’s blocking on Health Canada’s side.”

He argues that MYM Nutraceuticals is still waiting for approvals after 18 months.

“The company has invested $12 million in greenhouses and plans to invest $200 million and create 400 jobs in our region with a 1.5 million square foot plant,” he says, “however, without a production licence, nothing can move forward. This is absurd.”

He still has hope, “if the project starts, residential projects will raise the ground and it will be a good thing for our municipality [of 2700 inhabitants] which has devitalized itself.”

Terranueva: $5 million to L’Assomption for the revitalization of an existing building.

Rose Sciencevie: $21 million to Huntingdon for the construction of a new building.

Aurora: $32 million in Lachute and Pointe-Claire for the construction of two new plants and the revitalization of an existing one.

MYL Cannabis: $3.2 million in Pointe-Claire for the revitalization of an existing building

Origin Nature: $2.4 million in Sainte-Agathe for the revitalization of an existing building

Verdelite: $30 million in Saint-Eustache for its new plant

Cannara: $20 million to Farnham for the revitalization of the former Beaulieu carpet factory

(Featured image by festivio via Pixabay)

First published in lapresse, a third-party contributor translated and adapted the article from the original. In case of discrepancy, the original will prevail.