When the 2018 Farm Bill was passed in December, businesses hoped that it could clarify the ambiguity surrounding cannabis products. Integrated into the Farm Bill is the Hemp Farming Act of 2018 that defined hemp as cannabis with less than 0.3 percent THC. Cannabidiol or CBD is the compound found both in hemp and marijuana, however, the federal government is only legalizing hemp. 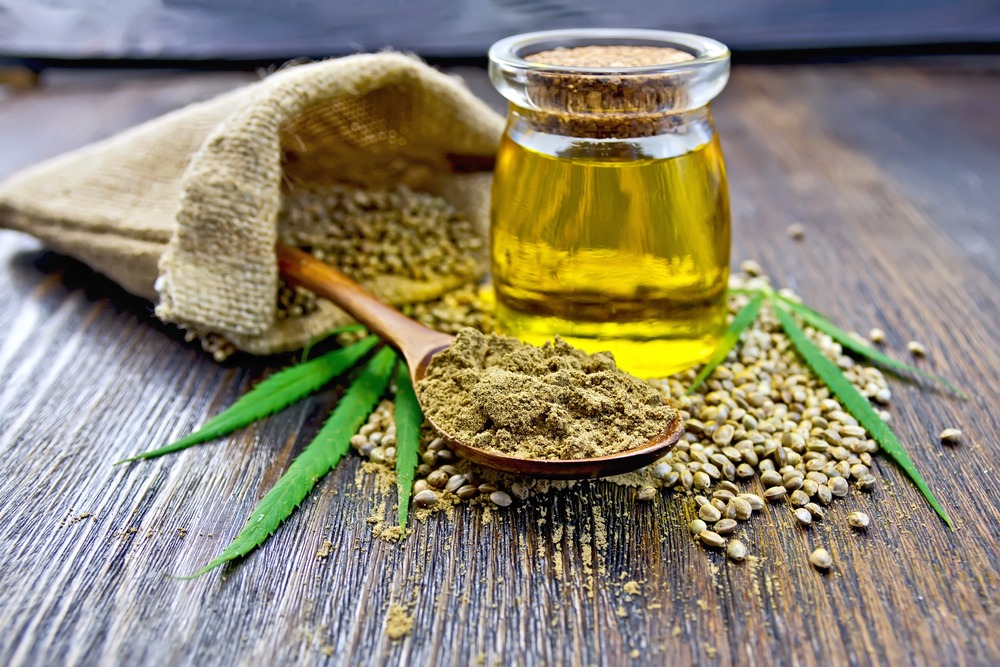 Flour hemp in a wooden spoon, hemp seed in a bag and on the table, hemp oil in a glass jar, hemp leaves on the background of wooden boards

Businesses hoped that the 2018 Farm Bill could clarify the ambiguity surrounding cannabis products. Integrated into the Farm Bill is the Hemp Farming Act of 2018 that defined hemp as cannabis with less than 0.3 percent THC. This removed hemp from Schedule 1 controlled substances and made it an ordinary agricultural commodity.

The compound in hemp

The law would have been simple, except that even with the 2018 Farm Bill implemented at a federal level, each state has its own laws regarding cannabis. Each local agency, apart from federal agencies, has its own independent statute being enforced regarding CBD — whether it is from marijuana or hemp.

Making the situation more complicated, the 2018 Farm Bill explicitly gave the U.S. Food and Drug Administration the authority to regulate products containing cannabis or cannabis-derived compounds. This means that regardless of whether the cannabis or cannabis-derived compounds are classified as hemp under the 2018 Farm Bill, they need FDA approval.

What ensued after is confusion among businesses, especially when different government bodies conducted crackdowns on establishments selling CBD. Regulations are particularly ambiguous for establishments that sell food and drink infused with CBD because even if their states allowed such sales, federal agencies still enforced laws on them.

There are also 11 states where both recreational and medical cannabis is legal. These states are California, Colorado, Maine, Massachusetts, Michigan, Nevada, Oregon, Vermont, Washington, and Washington D.C.

At the same time, recreational marijuana in any other form is illegal under federal law.

New York is one of the best examples of how cannabis laws are ambiguous. The state Department of Agriculture announced in December that selling CBD tea and chocolates with CBD drizzle is legal.

This, however, contradicts rules implemented by the FDA after the 2018 Farm Bill which prohibits adding CBD to any food. CBD should also not be marketed as a dietary supplement, according to an FDA rule implemented last year. This was after the FDA had approved a drug with CBD as the key component.

Both recreational and medical marijuana, whether they are derived from hemp or cannabis, are legal in California. Still, at the start of the year, health officials had forced some small businesses to take out all CBD products from their shelves. This was also the case in San Francisco and in Grass Valley.

The case of Jonathan Eppers, maker of popular CBD oil-infused beverage Vybes, demonstrates how businesses are being gravely affected by complex and confusing cannabis laws in the country. California health inspectors sequestered his products from the warehouse and impounded $100,000-worth of Vybes. In the process, Eppers lost its 50 retailer clients. His company decided to move operations to Texas. This resulted in hefty legal costs and relocation expenses of about $500,000.

Elsewhere in San Francisco, about 1,900 businesses, including Dabais’ and Steap Tea Bar, received warnings to drop their CBD products or face penalties.

Similar cases have been happening in New York as well, where officials are sequestering CBD products from restaurants and cafes, including the famous Fat Cat Kitchen. There have also been raids across Texas.

So, what’s going to happen now?

FDA Commissioner Scott Gottlieb clarified that the raids affect only sellers and establishments making false health claims about their products. In particular, the FDA is after those who are claiming that CBD can treat cancer, Alzheimer’s, and drug addiction.

In Texas and California, legislators are pushing their states to legalize hemp oil-infused edibles. At the same time, Senate Majority Leader Mitch McConnell and Democratic Sen. Ron Wyden of Oregon are convincing the FDA to approve CBD, the same way the federal government approved hemp.

Hopefully, there will be more clarity on the matter by next month since the FDA will hold a public forum on the 31st. Everyone is hoping the agency will exempt CBD from its rules. Until then, however, CBD is currently in limbo and not even legalizing hemp can redeem it from the grey area.