Edibles at the SQDC will not include chocolates, brownies or jujubes, but “granola bars” or “bran muffins” infused with THC. Cannabis producers are authorized to submit edible products to Health Canada for review. THC-infused beverages may be the main edible products SQDC will initially market. The head of the SQDC would prefer to limit himself to the sale of cannabis flowers. 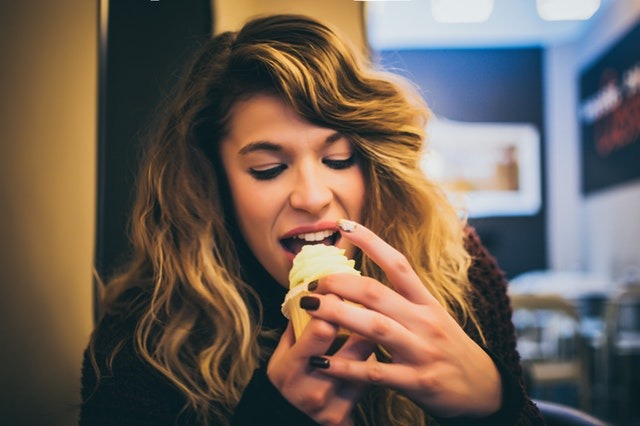 Edibles at the SQDC will soon be available, but there are still some uncertainties.

The Société québécoise du cannabis (SQDC) will not sell cannabis chocolates, brownies or jujubes as of December 16th, 2019.

However, “granola bars” or “bran muffins” infused with THC could make their way onto the Crown corporation’s shelves.

SQDC CEO, Jean-François Bergeron, mentioned this in an interview with La Presse on the first anniversary of legalization in Canada.

Cannabis producers are authorized to submit edible products to Health Canada that can be marketed after a 60-day evaluation period.

In Quebec, the Legault government intends to prohibit by regulation all edible products that are “a delicacy, a confectionery, a dessert, chocolate or any other product attractive to minors”.

However, Jean-François Bergeron says he is in discussion with producers so that they can develop products that would be acceptable from a regulatory point of view.

Like granola bars, for example, but not chocolate chips, because they would be attractive to children.

A bran muffin may be acceptable, but not a cupcake or chocolate muffin. The line’s going to be there. As producers signal their intentions, we will guide them,” he said.

Rules for edibles at the SQDC is causing surprise

The office of the Minister of Health and Social Services, who is in charge of the draft regulation banning cannabis-sweetened products, did not want to comment on Mr. Bergeron’s statement.

For some producers, the openness shown by the SQDC is a surprise. “This is a step forward. We don’t know what’s going on in government pharmacies, but it’s an opening,” says Michel Timperio, president of the Association québécoise de l’industrie du cannabis.

Timperio is lobbying for the Minister of Health and Social Services, Lionel Carmant, to make the regulations more flexible.

Other products causing concern in Quebec

Cannabis vaporizers will also theoretically be legally sold by the SQDC as of December 16th. However, the Crown corporation admits to questioning them.

“We are worried. We position ourselves, we prepare ourselves, we negotiate with suppliers, but we could decide not to sell any,” explains Mr. Bergeron.

In the United States, medical authorities are investigating 1299 cases of acute lung disease related to the use of electronic cigarettes, a large proportion of which contained THC extracts.

Early developments suggested that poor quality diluents sold on the black market were involved. But other studies indicate that condensation of THC extracts in the lungs could be problematic.

“It’s serious, what’s happening in the United States. We are in discussion with the producers. They are worried too,” adds Mr. Bergeron.

The SQDC will also sell hashish, with a THC concentration limited to 30%.

Edibles at the SQDC to include beverages

THC-infused beverages may, in fact, be the main edible products that the SQDC will initially market.

Large producers, such as Hexo, which has partnered with Molson-Coors, have invested millions to develop them.

“They want to reproduce the effect that a lager-type beer can have. They want to propose an alternative to alcohol,” explains Mr. Bergeron.

Malt based non-alcoholic beverages, containing a maximum of 5 mg THC, may be sold, provided they are not attractive to children and are not sweet.

“We won’t sell products that are similar to soft drinks, but an iced tea for adults, which wouldn’t be full of sugar, or a sparkling drink with a lemon taste would pass. The SQDC will interpret the regulations. If in doubt, we will refer to the Ministère de la Santé et des Services for its opinion.”

The opinions of the SQDC CEO

Even if he says he is ready for this new phase of legalization, Jean-François Bergeron believes that the arrival of edible products “is premature”.

“It’s extremely fast to have this one year after legalization. We could have taken our time and waited until the first phase was well integrated and producers had optimized their processes before adding a layer. It’s not a race,” he says.

The head of the SQDC would prefer to limit himself to the sale of cannabis flowers, the price of which is already falling due to increasing production capacities.

First published in lapresse, a third-party contributor translated and adapted the article from the original. In case of discrepancy, the original will prevail.