France is facing an important decision. As the world begins to move towards cannabis legalization, France continues to be poised indecisively on the edge. While consumption and popular opinion towards legalization is growing, so are health concerns and legal battles. This week’s parliamentary inquiry promises to shed some light, but whether it will actual spur change, remains to be seen. 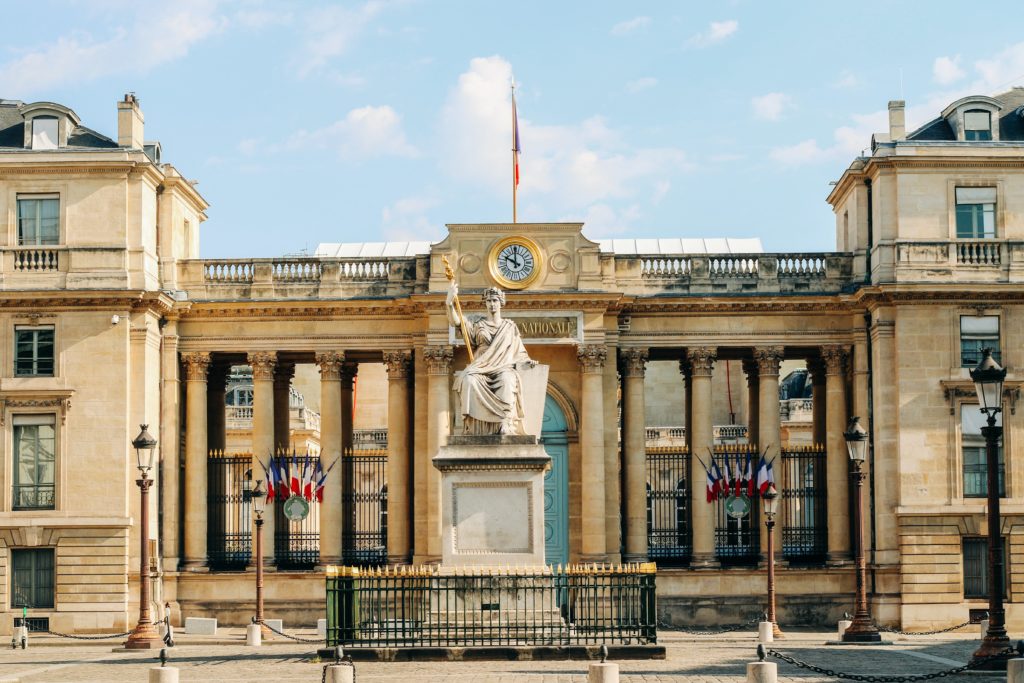 Authorize recreational cannabis? In France, the debate rages on. In the Assembly, a parliamentary inquiry on the subject has been conducted since November 2020 by the LREM deputies of Loiret and Moselle, Caroline Janvier and Ludovic Mendes, whose conclusions were returned this Wednesday, May 5. To accompany this great debate taking place throughout the society, we have put together a special report on the subject.

“Hash” is “a hard drug”. The fight of Gérald Darmanin against cannabis has been strengthening for almost a year. But while the Interior Ministry – which did not respond to our proposal for a major interview on the subject- regularly boasts about the number of fines handed out and police seizures, consumption is still increasing across all social categories. Unfortunately, so is the violence linked to the dismantling of trafficking.

In France, there are now nearly 900,000 daily consumers and 5 million occasional smokers. These figures are rising, according to the French Observatory of Drugs and Drug Addiction (OFDT). And yet there are few studies on the substances used, the support offered, or even on prevention methods.

Public opinion seems to be more and more in favor of a debate on the possible legalization of cannabis. And this could be a major issue in the presidential elections of 2022. Legalizing recreational cannabis, how and why? What do the politicians think? These are the questions that we wanted to dig into with this new dossier.

One of the main objectives of the parliamentary information inquiry was to listen to citizens’ voices, long ignored when talking about cannabis. Thus, from January 13 to February 28, 2021, a broad citizen consultation on “recreational” use collected 253,194 answers. After the one on daylight saving’s time shifts, it is the citizen consultation with the most returns, a win for Caroline Janvier.

The results were fairly conclusive: 80% of participants were in favor of a form of legalization of cannabis. Obviously some were already cannabis consumers, but not all. This supports the thesis that cannabis is a social issue before being a matter of consumption. Maybe this will help more historically hostile elected officials to realize it.

A green shift even in conservative France

Against all odds, within the French Republican party, voices are rising to speak on the subject. Pushed in recent months by Robin Reda, the youngest of the LR deputies and president of the parliamentary inquiry. Some even publicly raise the question of legalization. If the open-mindedness of a not even 30-year-old deputy is less than surprising, that of a titan of the party such as Rachida Dati has taken some by surprise.

In Reims, Mayor Arnaud Robinet went even further. Last September, he asked Jean Castex to experiment with the legalization of cannabis in his town. A deliberately provocative proposal -which was ignored- shows a real desire to see a debate on recreational cannabis seriously considered in French society. We went there to understand his position and gauge the sentiment of his population. With his friends the “cannamaires”-as they call themselves-, in favor of these experiments, they are several elected representatives on the right who want to shake up their political family on the subject.

Yet the French Executive continues to retreat on cannabis

But while some members of the majority are leaning towards a debate on legalization and can count on new support, the executive is strengthening its position. There is no question for Gérald Darmanin to let go of his repressive policy. And while Jean Castex repeated on Twitch last March his “no to legalization”, it is the head of state who has slowly closed the door.

After having praised the merits of the legalization of cannabis when he was a candidate, Emmanuel Macron now makes the fight against trafficking the cornerstone of his anti-violence strategy as analyzed by Anthony Berthelier, at the end of April. A turn towards the right that could finally prove to be against the strong current of societal developments on the issue. And it is causing tension within En Marche, while some deputies have spent time working on the issue, as Romain Herreros explains.

Faced with the health crisis, it is an “urgent” debate

The health context plays a particular role in the rise of the subject in the public debate. In an article published in mid-June in our columns, the director of the radio Mouv’, Bruno Laforesterie, author of “Hasch, la honte de la République” (JC Lattès, 2020), alerts politicians on the urgency of the question of recreational cannabis. In the middle of an existential crisis between successive confinements and a drifting future, young French people have increased their consumption. Except that smoking cannabis in 2021 no longer has the recreational smell as the 70s. THC levels can now exceed 20% and the chemical fertilizers used are increasingly aggressive. Worried, Bruno Laforesterie alerts the politicians on the consequences of this unregulated consumption on the mental health of the youth and asks the elected representatives to drop the taboo.

The parliamentary work presented this Wednesday, May 5, should give visibility to the economic, health and security issues of recreational cannabis. This last one could well have the beautiful part in the programs of campaign of the candidates, after having been relegated for a long time to the badly lit basement of a Parisian suburb.