For more than ten years, Franck Milone has found in cannabis an effective solution to live with Multiple Sclerosis (MS). Having become the main French ambassador for the therapeutic use of cannabis, this enthusiast is now at the head of DelleD, a company specializing in the development of research projects on the therapeutic potential of cannabis in the hope of finally changing the law. 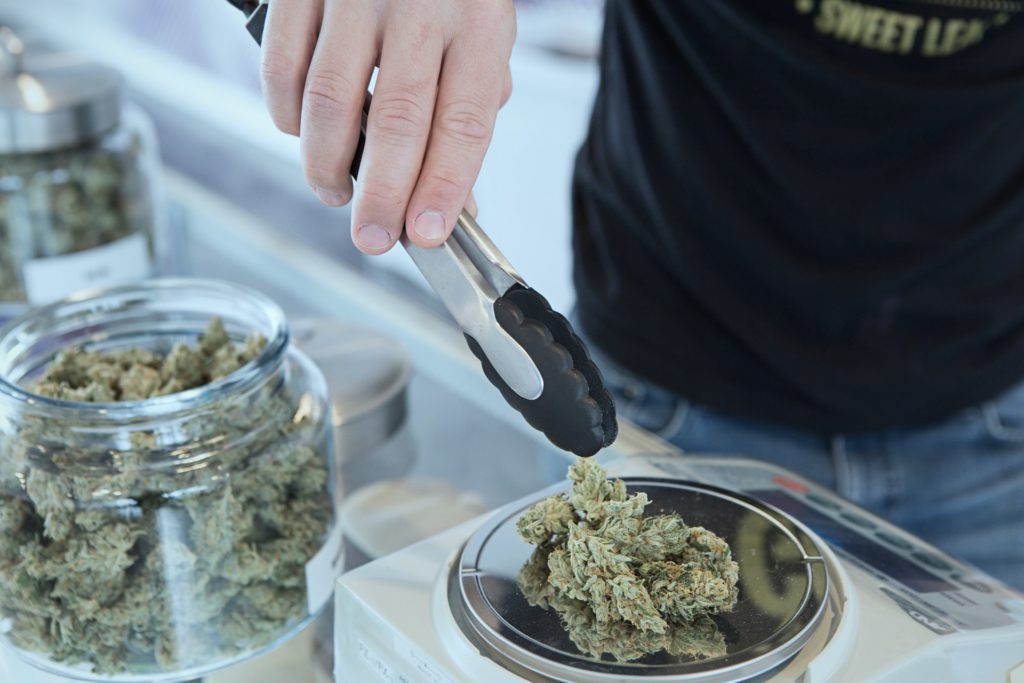 Living with multiple sclerosis, Franck Milone has been treating himself for ten years using cannabis, with beneficial effects observed daily on his pain and fatigue. “I had my first neurological attack ten years ago and, since then, there have been no others!” exclaims this passionate entrepreneur who, with his company DelleD, aims to build an intelligent therapeutic cannabis program integrating production and meeting pharmaceutical standards.

This is despite the existing ban on cultivating cannabis for therapeutic purposes in France, even if a slight tremor is now being felt. On March 26, 2021, the Ministry of Health finalized the launch of experimentation with therapeutic cannabis for patients suffering from serious illnesses like multiple sclerosis. Among the indications concerned “painful spasticity (exaggerated reflex muscle contraction) of multiple sclerosis or other pathologies of the central nervous system.”

For Franck Milone, it all started in 2010. Following a violent neurological crisis, the young man, who has just celebrated his 18th birthday, is paying the price of hemiplegia: “I could no longer control the right half of my face whose whole movement was disturbed.” To this is added violent pain, insomnia and, above all, terrible fatigue which still tarnishes the picture of the announcement of the diagnosis.

In addition to the immunomodulators prescribed to contain the development of his MS, Franck is offered sleeping pills and benzodiazepines (anxiolytics) with multiple side effects. “After a few weeks and a procession of undesirable effects, I had the idea to substitute cannabis for these drugs.”

Finding his supply himself on the black market, Franck discreetly embarked on a “therapeutic” consumption of cannabis. The doses taken in replacement of sleeping pills—of the order of 0.5g each evening to which he adds a homemade capsule of 0.2g during the day—are obviously much less than those usually consumed during recreational use.

And the results don’t take long to be felt. “In multiple sclerosis, fatigue is one of the biggest handicaps and cannabis allows me to stay in shape,” explains Franck Milone. More than a simple question of comfort, it is therefore for him a vital and daily need. “Exhaustion is often synonymous with depression and when you are diagnosed with MS at 20, overcoming it is indeed essential!”

Can cannabis replace painkillers and anti-inflammatories for multiple sclerosis patients?

In addition to its daily observed effects on his vitality, Franck also uses cannabis successfully to reduce the inflammation induced by MS and contain the pain which he suffers every day. “When I go abroad, the supply difficulties force me to replace cannabis with opiates with all the side effects that this can have (risks on the liver, stomach, addictions). Side effects I do not normally feel with cannabis.” For Franck, therapeutic cannabis, therefore, meets a real need. “In terms of risk benefits, there is currently no satisfactory replacement solution on the market. Because, as the report on the dangerousness of drugs commissioned by Bernard Kouchner from Bernard Roques in 1999 already testified, cannabis is undoubtedly the least harmful and least addictive drug, far behind cocaine, heroin, alcohol, tobacco, and, above all, psychostimulants and tranquilizers! In addition to fatigue and pain, therapeutic cannabis could have other advantages for serious pathologies such as MS,” explains Franck Milone.

The level of knowledge in the different fields of medical use of cannabis is very heterogeneous and no study has yet been carried out on the modulation of the immune system by the active ingredients of cannabis in MS. Such trials would allow us to measure the potential of therapeutic cannabis on the course and progression of the disease.

A rich plant, a world in the making

With no less than 140 exogenous cannabinoids detected, “cannabis is a rich plant with many molecules yet to be explored. This is the whole purpose of Franck’s company DelleD and its branch specializing in therapeutic cannabis, LaFleur, oriented in the exploration of the medical potential of phytocannabinoids.

Launched in 2014 to move from self-test and learn to innovations that could benefit as many people as possible, DelleD has, from the outset, focused on the launch of research projects. The acceptance of therapeutic cannabis by the medical and scientific world goes through there! For now, Franck Milone did not want to “make it a personal matter.”

LaFleur’s first experiments did not focus on MS but on oncology. Promising, these preclinical trials carried out on cell cultures have shown the potential of some of the active ingredients of cannabis in limiting the proliferation of metastases. They could give rise to experiments on humans by 2022 and to the creation of a drug from 2024. And Franck Milone does not intend to stop there, who says “we have other preclinical projects. written in our boxes concerning neurodegenerative diseases and rare diseases of aging in particular.”

While the government has just formalized the launch of experimentation with therapeutic cannabis for people in palliative care or suffering from chronic neuropathic pain, pain caused by cancer, severe epilepsy, and central nervous system pathologies such as multiple sclerosis, Franck Milone’s dream of therapeutic cannabis may well be coming true! Of course, there will still be a long way to go, but they “hope that, at the end of this experiment, which currently only targets 3000 patients, many more people can benefit from therapeutic cannabis.”

First published in Bio à la Une, a third-party contributor translated and adapted the article from the original. In case of discrepancy, the original will prevail.