All Americans who want to become the U.S. President have a solid action plan for the first hundred days that they are ‘in office’. This includes Bernie Sanders’ plans to legalize cannabis in the U.S. during his first 100 days. Cannabis lovers have to keep their fingers crossed since Bernie has by far the best intentions for our favorite plant, according to his recently announced cannabis plans. 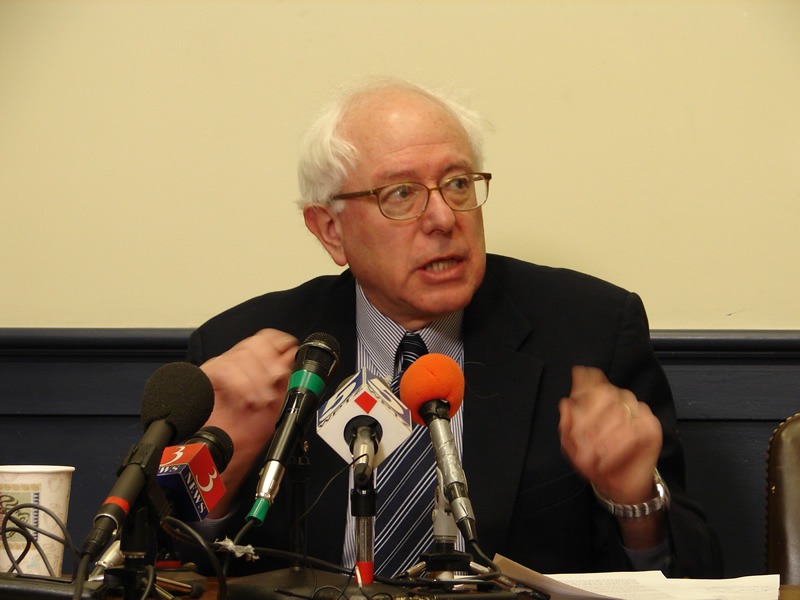 Democratic candidate, Bernie Sanders, has promised to legalize cannabis in the U.S. during his first 100 days as president.

Presidential candidates must have a solid action plan for the first hundred days ‘in office’.

Presidents are largely judged on their first few months in office. As such, it’s important to show their best side as a new president of the United States right from the start.

Next November it will be between the current President, Donald Trump, and his Democratic challenger.

For that position, they are now about 20 candidates in the race. However, there seem to be only a few real contenders for the nomination like Elisabeth Warren and Bernie Sanders.

Sanders promises national legalization of cannabis in the U.S. within 100 days

Cannabis lovers have to keep their fingers crossed for the latter. This is because Bernie has by far the best intentions for our favourite plant, according to his recently announced cannabis plans.

Last Thursday, Bernie Sanders, 78, released his cannabis plans for the United States via a campaign email.

The core of this campaign is his intention to legalize cannabis in the U.S. federally within 100 days after his appointment as 46th president of the U.S.

In addition, the plan includes the intention to revoke all cannabis-related criminal convictions.

Bernie assures us that “legal cannabis will not be the same as big tobacco”.

Normally the average American would shrink if you would call him a socialist, but Bernie embraces that as a nickname. Take this quote as proof:

“Why is it that millions of dollars are being made by mostly white, mostly male, and already rich ‘cannabiz’ entrepreneurs in states where marijuana is legal, while the people and communities that were ravaged by the War on Drugs have been shut out of the industry, denied credit, and many are still incarcerated? That is going to change when Bernie is president,” he said.

Don’t underestimate Bernie; among young people, students and minorities he is by far the most popular presidential candidate among the Democrats. Four years ago he also made it more difficult for Hillary Clinton during the Democratic nominations.

Benefits of cannabis legalization in the U.S.

Another good point in Bernie’s plan is that a lot of taxpayers’ money flows from the sale of legal cannabis to social programs.

In total, President Sanders wants to deposit no less than $20 billion in the Minority Business Development Agency. This should give minority entrepreneurs, who still experience discrimination, access to capital.

A further $10 billion will go to cannabis companies that are at least 51% owned by people living in areas disproportionately affected by the War on Drugs, or by people convicted of cannabis offences.

Additionally, another $10 billion will go to a program that is starting up cannabis farms through the Department of Agriculture in urban and rural areas that have suffered the most from the drug war.

Furthermore, people who have been imprisoned for cannabis will receive free training and education in order to start working in the cannabis industry.

The American cannabis market hopes to differ from the tobacco market

The cannabis industry is becoming more and more active. One prominent example is Europe’s CBD and hemp sector, predicted to be worth $14.67 billion by 2026.

These new industries can be difficult to navigate. But investment tip apps like Hemp.im provide some clarity and can help prospective investors understand the market.

And finally, Bernie Sanders wants to prevent the cannabis industry from turning out like the tobacco market.

Therefore, cannabis companies will be encouraged to be set up as non-profit organizations. Also, there will be a ban on advertising and packaging aimed at young people.

The same prohibition applies to brands that have used misleading advertising practices (think of the pharmaceutical industry as well).

Sanders said that tobacco and cigarette manufacturers will be banned from the entire cannabis industry.

(Featured image by house.gov via Wikimedia)