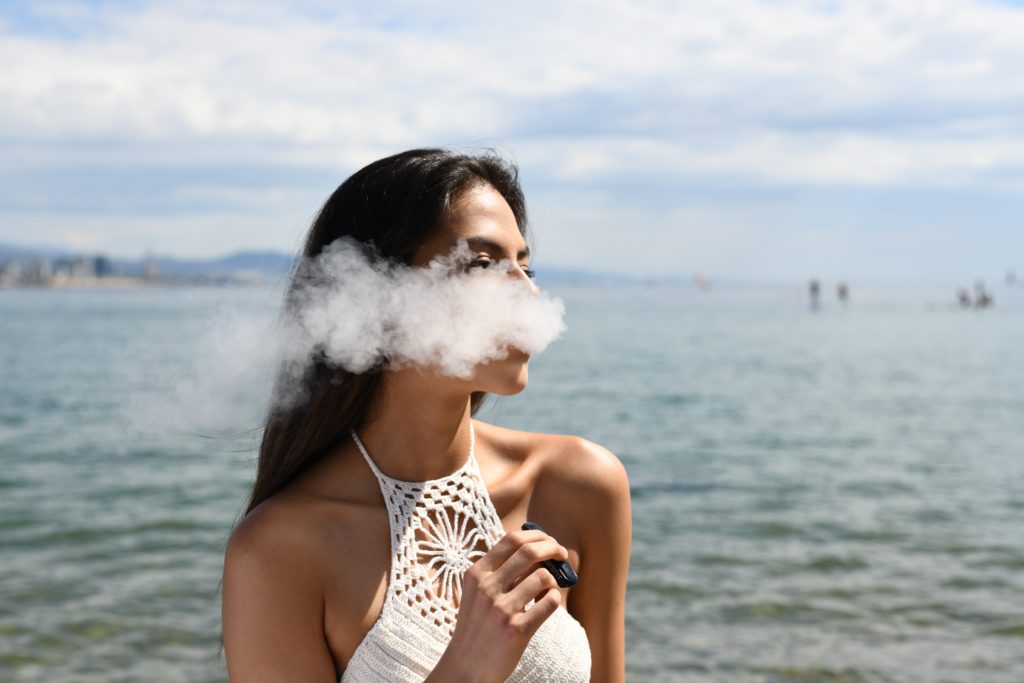 Statistics show that the use of marijuana by pregnant women is rising. But what are the effects of smoking cannabis while pregnant?

The use of marijuana by pregnant women has been linked to an increased risk of premature delivery.

Experimental Biology 2019 in Orlando, Florida presented an experiment on rats. It showed that cannabis can alter the nerve connections in the hippocampus of the brain. This plays a role in learning and memory.

New research hints that cannabis may have serious physiological effects. As a result some think that it should carry a warning (like cigarettes).

The possibility that cannabis is teratogenic, causing damage to unborn children, is a topic that has yet to be concluded.

There is already some information indicating that THC readily crosses the placenta and enters the fetus.

Those using cannabis while pregnant is rising, with some using it to treat morning sickness.

In a different study, self-reported marijuana use by pregnant women led to a greater risk of premature birth.

The recent study presented at Experimental Biology 2019, found that cannabis may change the nerve connections in the brain’s hippocampus. This plays a role in learning and memory.

What are the effects of using cannabis while pregnant?

There needs to be more research done on how using cannabis while pregnant can impact the health and development of infants.

Since the changes in policies regarding access to marijuana, there has been a significant increase over the last decade in the number of pregnant women seeking substance use disorder treatment for marijuana use.

One study found that about 20% of pregnant women 24-years-old and younger screened positive for marijuana.

This study also found that women were almost twice as likely to screen positive for marijuana use via a drug test than they state in self-reported measures.

This suggests that self-reported rates of cannabis use in pregnant females may not be an accurate measure.

Additionally, in one study of dispensaries, nonmedical personnel at cannabis dispensaries were recommending items to pregnant women for nausea, but medical experts warn against it.

Researching the use of cannabis during pregnancy

There is no human research connecting marijuana use to the chance of miscarriage. However, animal studies indicate that the risk for miscarriage increases if marijuana is used early in pregnancy.

Some associations have found a connection between cannabis use during pregnancy and future developmental or hyperactivity disorders in children.

It’s unclear whether using cannabis while pregnant has a connection with low birth weight or premature birth. Long-term use may elevate these risks.

Research has shown that pregnant women who use marijuana have a 2.3 times greater risk of stillbirth given the potential of marijuana to negatively impact the developing brain.

The American College of Obstetricians and Gynecologists recommends that obstetrician-gynecologists counsel women against using cannabis while pregnant.

They also recommend advising against using cannabis while trying to get pregnant, during pregnancy, and while breastfeeding.

First published in comments a third-party contributor translated and adapted the article from the original. In case of discrepancy, the original will prevail.