It is estimated that more than 200 million people smoke or consume cannabis regularly. But it is not just a recreational drug for many. Cannabis also has medicinal or pro-health properties. Some beneficial effects include possible treatments for epilepsy, MS, glaucoma, and even stroke rehabilitation. However, frequent cannabis use may also have an impact on cognition, memory, and motivation. 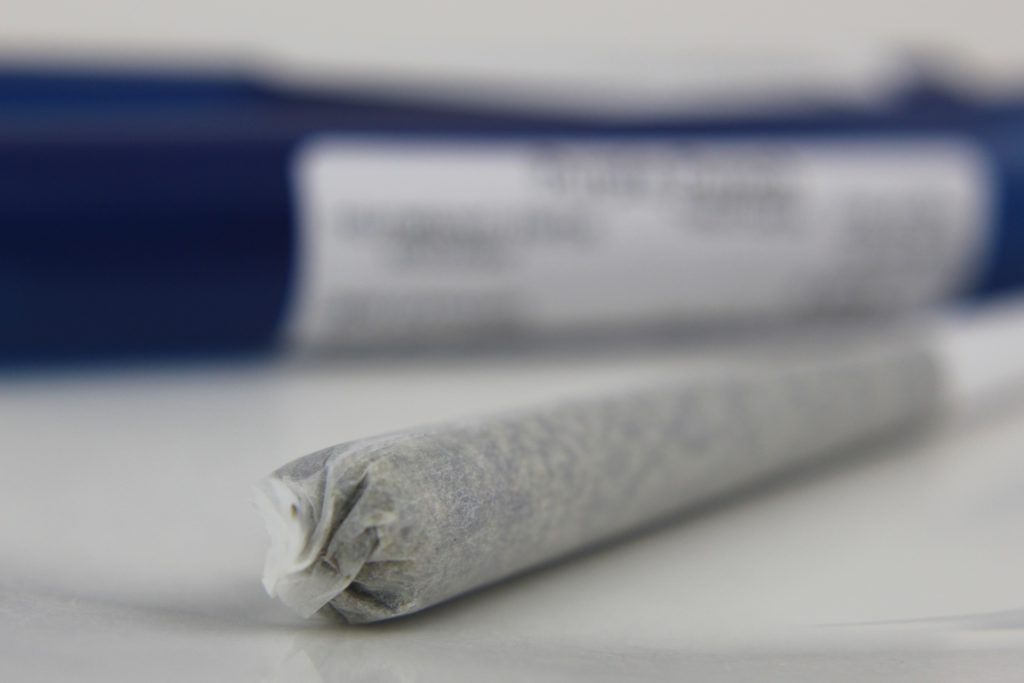 There is a list of issues one can treat with cannabis health products. It only gets longer with more research. Unfortunately, the law often prevents scientists from researching cannabis.

Many fear that allowing cannabis for health purposes will also lead to an increase in recreational use. Legalization concerns some, fearing that it will have negative health and social consequences.

How can marijuana help us and how can it endanger our health?

Beneficial aspects of cannabis use

This is one of the best-known advantages of medical marijuana, especially in Poland. This is thanks to the famous story of Dr. Marek Barchański, a neurologist from the Children’s Health Centre in Warsaw. With results, he used medical marijuana to treat patients suffering from drug-resistant epilepsy

One of Barchański’s charges experienced 200-300 epilepsy attacks a day. The use of marijuana helped to reduce the number of attacks by 90%. In the case of children, the effects were also very beneficial. However, they banned the therapy after it turned out to be too controversial.

The effectiveness of cannabis in reducing epilepsy is the subject of many studies. Cannabidiol (CBD), a compound contained in cannabis, is an effective antiepileptic drug for children. Furthermore. this can help those dealing with Dravet’s syndrome – a severe form of epilepsy manifested in infancy.

2.   Cannabis prevents the development of glaucoma

Glaucoma is a group of diseases associated with damage to the optic nerve caused by pressure. In addition, it results in reduced visual problems and irreversible loss of vision. Studies from the last few decades show that cannabis lowers this pressure. This reduces the direct cause of optic nerve neuropathy.

A 1979 study found that smoking marijuana containing 2.8% tetrahydrocannabinol (THC) reduces eye pressure. They had better results with THC drops applied to the eyes.

Multiple Sclerosis (MS) is a chronic and incurable disease of the central nervous system. Furthermore, it manifests itself in motor, sensory, psychiatric disorders, and painful muscle contractions. Studies conducted by researchers at the Peninsula Medical School in Plymouth determined that marijuana can play a role in relieving the symptoms of MS.

Patients treated with THC in pill form had better pain tolerance, weaker contractions, and lower muscle stiffness. However, this did not cause any psychoactive effects because it contained THC in a much smaller amount than marijuana.

Also, a study conducted by researchers from the University of California showed a beneficial effect of cannabis on the symptoms of MS. Three days of consuming cannabis once a day resulted in a 30% reduction of muscle spasticity (excessive tension). This effect turned out to be much better than with traditional drugs.

Inflammatory bowel disease (IBD) is a problem affecting a growing group of people, often stemming from an unknown origin. In addition, they manifest themselves in many gastrointestinal ailments and may lead to gastrointestinal cancer. So far, no effective drugs for this exist. However, according to many studies, marijuana may have therapeutic potential in this area.

The endocannabinoid system, consisting of receptors with which the chemical compounds contained in cannabis connect. This plays a role in the development of IBD diseases. However, by interacting with it through cannabis, the symptoms of these diseases will reduce.

Studies carried out on mice support the effectiveness of cannabis. The ability of cannabis to inhibit IBD development is also supported by epidemiological data. Both THC and non-psychoactive cannabidiol are the components that ease the symptoms of IBD.

5.   Cannabis may protect the brain after a stroke

Stroke is the most common cause of disability and loss of self-awareness by adults in Poland. There are 60 thousand cases of stroke or stoppage of blood flow to the brain every year in Poland. Rehabilitation of a patient is a long and tedious process, and its success depends on many factors.

Cannabis can help to restore functions lost after a stroke. A meta-analysis done by the University of Nottingham shows that cannabis compounds shrink the areas of the brain affected by stroke. This promotes the partial recovery of the organ’s efficiency.

Scientists have observed such a correlation, looking at the effects of cannabinoids on rats, mice, and monkeys. According to these scientists, marijuana components “look promising for their potential neuroprotective properties.”

1.   Cannabis may cause schizophrenia

Studies suggest a link between cannabis abuse and a higher likelihood of schizophrenia. Researchers also argue that other factors, such as genetic determinants, may play a role.

There is currently no evidence of a clear link between cannabis and an increased risk of schizophrenia. However, there is a significant amount of evidence to support this correlation. The National Survey on Drug Use and Health conducted by the US Department of Health has shown high levels of cannabis among people treated for schizophrenia.

2.   Cannabis may weaken the memory

Studies done by researchers at Patras Academic Hospital have shown that frequent cannabis use has an impact on cognition. This, in particular, affects memory and information processing. Though these defects are “subtle,” they accumulate in time.

They divided the individuals participating in the study into three groups. The first group smoked at least four joints per week for at least 10 years. The others smoked as often as they did, but for five years. The last group had consumed cannabis only up to 20 times in their lives, but not in the last two years.

In one of the tests, volunteers using cannabis the most often were able to remember seven of the 15 words given. In addition, those who smoked less scored nine words out of 15, and those who hardly consumed scored 12/15. The distribution was similar in the case of processing and rapid decision-making tests.

Apathy, laziness, loss of motivation to act—this state is quite commonly associated with the effects of cannabis. Health research shows that these associations are correct. Scientists at Imperial College London have shown that regular users of cannabis have lower levels of dopamine in the stripe—the part of the borderline brain that is co-responsible for motivation.

As one of the authors of the study, Dr. Michael Bloomfield, said, dopamine is communicating with the brain about “exciting events.” However, a decrease in its amount in the stripe can increase apathy and reduce the willingness to act.

The study included people who have had psychotic episodes in their history caused by marijuana use. Scientists believe that the results of the experiment also apply to other users of the substance.

4.   Cannabis may cause paranoid conditions

“Anxiety” and “paranoia” are states that most cannabis users have experienced. They are associated with an unjustified fear of an imaginary or unspecified threat. They may appear at different frequencies and intensities.

Studies show that the psychoactive component of cannabis, THC, is responsible for the sensations of anxiety and paranoid states. Scientists from the University of Oxford subjected 121 people between the ages of 21 and 50 to an experiment. All of them were mentally healthy and had at least a one-time experience with cannabis. Volunteers were injected with an intravenous dose of THC corresponding to the dose contained in a strong joint. It turned out that half of the participants who were given THC experienced anxiety. In the placebo-treated group, this percentage was 30%.

5.   Cannabis may cause addiction

Often psychological, cannabis withdrawal can also cause physiological symptoms. Most people who consume cannabis do not become addicted to it. To create such a relationship, it is necessary to have a combination of several factors. Genetic predisposition, excessive stress, emotional and mental problems are reasons for this.

Age also plays an important role. According to a 2008 study, people who started consuming cannabis before the age of 18 are four to seven times more likely to develop an addiction than those who discovered cannabis later. Cannabis addiction is estimated to be a problem for nine to even 30% of smokers according to different estimates. However, the concept of cannabis dependence does not have a clear definition in this case.

First published in kobieta, a third-party contributor translated and adapted the article from the original. In case of discrepancy, the original will prevail.