The international medical cannabis industry was presented at Cannabis Europa in Madrid. It’s objective: to encourage politicians to follow the example of other countries like Uruguay, Canada, some states of the United States or European neighbors like Great Britain or Germany. Spain is a country where five million people smoke cannabis, but can’t treat people with it. 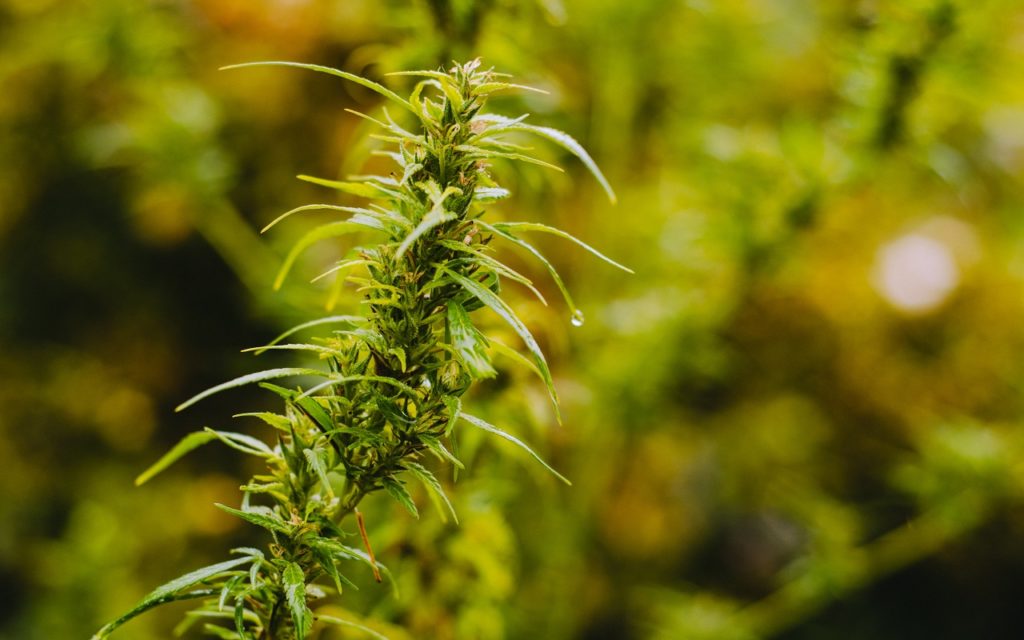 According to the last report of the specialized consultant Prohibition Partners, tmedical cannabis in Spain could be worth more than $3.2 billion (€3 billion) by 2028. In one of the largest rooms of the Hotel Intercontinental in Madrid, in the middle of Paseo de la Castellana, the international forum Cannabis-Europe was held on Monday, February 10th. It is one of the most important events in the world’s cannabis industry.

The conference, has brought together hundreds of companies, investors, laboratories, patients and scientists to highlight the need, not to legalize the consumption of cannabis, but to regulate its medical use for patients with chronic pain.

The fact that the meeting was held in Madrid is no coincidence. At the European level, Spain is the largest market for medical cannabis that has not yet legalized its use. The motivation behind the event is far from ideological. The interest is mainly economic and is intrinsically related to the business opportunity it represents for the pharmaceutical industry. Far from appearing to be a trade fair about consumption, Cannabis-Europe is a pure congress focused on networking and boosting international investment.

The openness that the new Ministry of Consumer Affairs, led by Alberto Garzón, seems to show, on the other hand, has filled with a certain optimism the investors present at the congress, who hope that cannabis regulation will become a reality “in the short term”. However, there is still a lot of work ahead.

The main demand of the participants in the congress was clear after ten minutes of starting. “There is a completely outdated regulatory framework regarding cannabis. The fight of the health authorities is still the fight against drugs when we are talking about medicine,” said Jose Luis Martin, from the international consultancy Baker Tilly, which specializes in the field of regularization and cultivation licensing.

The therapeutic benefits of cannabis have been the subject of much debate. However, there seems to be some international consensus on the benefits of one of the cannabis compounds – CBD, one of more than 400 cannabinoids contained in the plant in question – for the treatment of chronic pain. “What the authorities don’t understand is that the needs of patients are totally different from those of people who choose when and how to consume,” said Carola Pérez, President of the Spanish Observatory for Medicinal Cannabis.

Spain is one of the few countries where individual use of cannabis is decriminalized, but its medical use is not covered by the law. On the other hand, only domestic consumption is allowed and strictly limited to the home. Cultivation from home is allowed, but as Carola Pérez explained, it is not an option that is available to everyone.

“Although it’s legal to grow at home, there’s no law that says how many cannabis plants you can have. This can lead to an infinite number of situations in which the police come to your home, cut down all the plants you have and then take you to the police station for 72 hours until a judge decides whether or not you are a dealer,” said Pérez.

“Spain is a country where you have five million people who smoke cannabis, but where you can’t treat any patients with it,” said Janosch Kratz, physician, and founder of Kalapa Clinic. “The lack of regulation forces patients with chronic pathologies, as is my case, to turn to an illegal market,” he said. While he acknowledges that there are consumer associations, where cannabis can be accessed, he denounces that there are no quality standards that allow the therapeutic use of cannabis to be safe. “What the authorities do not understand is that the needs of patients are totally different from those of people who choose when and how to consume. For patients it is a treatment used every day – in controlled dose, several times a day and the quality of life depends a lot on it,” he added.

84% of Spaniards are in favor of cannabis

The last CIS Barometer revealed that 84% of Spaniards are in favor of legalizing cannabis for medical use. A percentage that duplicates the 47.2% of the Spanish people who approve the regularization of the general use of cannabis. The lack of regulation, Kratz claimed, endangers patients, who have to resort to the black market in order to gain access to cannabis. “Regulators in Spain are so afraid of the substance that they don’t let doctors get close to it, but they allow patients to buy it on the street on an irregular basis,” he added.

Kratz, who studied medicine in Barcelona, argued that beyond establishing a regulatory framework, it is essential to “educate” the medical community about the possible applications of cannabis. Carola Pérez goes one step further and denounces the lack of support from doctors in Spain on the issue. “The medical community in Spain is very vague, usually consisting of older people who do not even listen to us and say that we want to use cannabis to get high and that its therapeutic values are just an excuse when it is not,” she said, emphatically.

The international industry has already put the focus on Spain

In total, only four companies have the approval of the Spanish Agency of Medicine and Health Products (AEMPS) for the production of medical cannabis: Linneo Health, Cafina, Cannabiodis Spain and Oils4Cure. The first one was born thanks to the Canadian company Canopy Growth that has focused on Spain. In March last year, the British fund GHO Capital, which specializes in the health sector and is part of Canopy, acquired the historic Juan Abelló’s Alcaliber laboratory for more than $218 million (€200 million). It is now called Linneo Health and has also participated in the conference.

Abelló’s laboratory now supplies cannabis and seeds for Canopy Growth, which this year has closed another operation in the country and has taken over a company in Alicante that has a license to grow cannabis. In this case, it is the second company with green light from the AEMPS, Hemp and Natural Fibres (Cafina), one of the few startups born in Valencia to investigate the possibilities of medical cannabis that has become the subsidiary of the Canadian giant.

Cannabinoids Spain is a subsidiary of Boti Holding, a Dutch company with years of experience in the cannabis sector. The latest company to be licensed to operate is Oils4cure, an SME based in the Aluche district of Madrid, for which there is hardly any data.

In Spain, there are numerous medical treatments containing cannabis that have been approved by the Spanish Medicines Agency (AEMPS), such as Sativex, Epidiolex or Nabilidone. Most of these drugs are used for chronic pain. From a legal standpoint, it is in what is known as a grey area, because in Spain it is illegal to sell, import, possess and consume cannabis in public places. However, recently cannabis consumption and domestic cultivation were legalized, provided that it is done on private property.

Cannabis legalization has been in the focus of political debate recently, by UN Podemos and the formation of Íñigo Errejón, mainly. The new Minister of Consumption, Alberto Garzón, has always defended cannabis decriminalization, although he has not yet taken action. On the other hand, the AEMPS has so far granted very few authorizations to grow, produce, export and market cannabis for therapeutic purposes. One license has been granted to Alcaliber and the other to the company DJT Plants Spain, which at the moment is not known to cultivate cannabis.

First published in vozpopuli, a third-party contributor translated and adapted the article from the original. In case of discrepancy, the original will prevail.