The cannabis market lures investors with promises of impressive returns. Canopy Growth Corporation (NYSE:CGC) was once an unquestioned industry leader, with a market cap exceeding the $16 billion mark in April. Though not as extensive as Canopy, Veritas Farms have taken a different approach to run a cannabis business by targeting the whole vertical of a plant’s life. 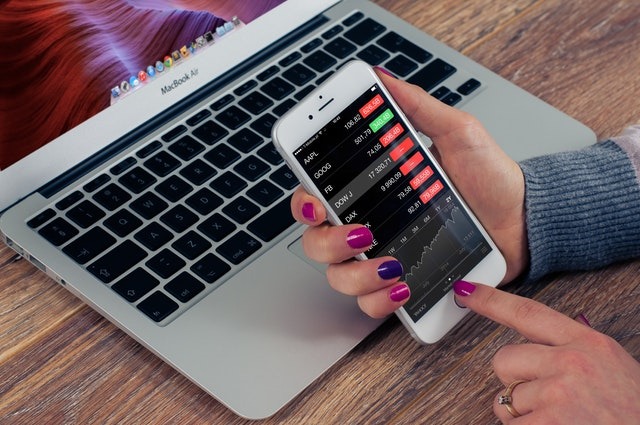 With a variety of changes in the cannabis industry, world cannabis stocks continue to grow. The cannabis market will reach as much as $146.4 billion by 2025. This sparks hopes for seizable profits in the near future.

But some of the cannabis companies are already growing faster than the weed itself. Which marijuana business models appeal the most to investors?

The cannabis market lures investors with promises of impressive returns. As with any new market, there are considerable opportunities.

Especially after decades of prohibition, underserved clients can get the product they’ve always wanted. Unfortunately, not all of the cannabis stocks are faring equally well.

Canopy Growth Corporation (NYSE:CGC) was once an unquestioned industry leader, with a market cap exceeding the $16 billion mark in April.

Among underwhelming finances and subsequent sacking of Canopy’s CEO, Bruce Linton, the shares have plummeted and currently hover below half of their previous value.

Tilray (Nasdaq:TLRY) has started the year with a celebration, as its share value peaked at $96.

Disenchantment among investors, fueled by blurry plans of expansion overseas, undermined the company’s position. That drove the share price to $25.

These Canadian cannabis stocks are set to get higher

While leaders struggle to keep their business in check, some smaller marijuana ventures are growing their sales at an impressive rate. Here are four marijuana stocks worth watching

The Cannabis Act last year has effectively removed recreational marijuana from the list of illicit substances.

One of the companies to benefit from legalization the most was HEXO (NYSE:HEXO). This Canadian producer lists among top ten growers with annual production capacity at roughly 108,000 kilograms

The company claims that it’s just a fraction of their potential, as the main limiting factor is their production output.

To scale up, HEXO has opened a state-of-art 1 million-square-foot growing facility. This facility should ramp its capacity up to 150,000 kilograms annually.

The company estimates that their net revenue will double in the next quarterly update thanks to the new facility. This is in addition to the acquisition of Newstrike Brands.

Once edibles become legal in Canada, HEXO can put their cooperation with Molson Coors Brewing company into full throttle.

Also, they can establish a presence in one of the most promising subsectors of the marijuana market – cannabis-infused beverages.

At the beginning of the year, the future of Aphria (NYSE:APHA) was debatable. 2018 wasn’t a great year for the industry giant.

Questions surrounding their deals in Latin America, which was concluded when CEO Vic Neufeld stepped down in January.

The bid has been rejected, which resulted in GGB’s share value dropping sharply and a renaissance for Aphria.

The company has been progressively building up momentum over the year. It brought up its sales growth to 158% quarter over quarter in the adult-use recreational marijuana market during Q4.

Looking back over the last 12 months, Aphria has scored a revenue growth of 417%, which is by far the best result among major growers.

What substantially drives Aphria’s sales is the progressing presence in the European market. After acquiring CC Pharma, a German pharmaceutical distributor, their sales have skyrocketed.

The new company contributed more than 75% to Aphria’s total revenue. With a significant production capacity and presence in the overseas markets, Aphria’s stock is an eye-catching treat for cannabis investors.

Other world cannabis stocks to keep an eye on

GW Pharmaceuticals and their key to the US market

Among all the cannabis stocks, GW Pharmaceuticals (NASDAQ:GWPH) stands out boldly as the sole carrier of an FDA-approved license to manufacture and distribute the first cannabis-derived medicine in the U.S. – Epidiolex.

Used in the treatment of rare forms of epilepsy, the medicine provides the only legally available solution for people in need.

Having no competition pays off, as Epidiolex sales have surpassed even the most optimistic estimates.

With 93% of Americans having coverage for the pricey medicine, it sells like cupcakes and has generated twice as much in sales in Q2 of 2019, as it has done in Q1.

All in all, the 12-month trailing revenue of GW Pharmaceuticals has gone over the roof and peaks at a whopping 758%.

About 2,500 physicians have already prescribed Epidiolex to their patients. As the company stated in the Q2 update, most of the 12,000 registered patients are still taking the therapy.

Despite the steep price of Epidiolex’s annual supply, hovering around $32,500, it’s mostly covered by health insurance. That makes GW Pharma’s business model well-oiled and prepped for even more growth in the future.

The term “weed” applies to cannabis. In its natural habitat, it grows like a weed.

Even in challenging conditions, when allowed to grow naturally, it yields surprisingly impressive results. The same applies to Veritas Farms Inc. (OTC:VFRMD).

Though not as extensive as Aphria or HEXO, Veritas Farms have taken a different approach to run a cannabis business by targeting the whole vertical of a plant’s life.

The company maintains control over the entire supply chain, assuring quality and honesty.

Every merchandise was supplied with a QR Code, giving users full insight into the product’s life from seed to shelf.

This approach is reflected in the company’s name, which translates into “truth”. An element otherwise lost in the process of cannabis commercialization.

It had a sizable impact on the company’s prosperity, as it has generated more than $2.9 million in total revenue by Q2 2019 – a 500% increase year on year, while gross profits skyrocketed by almost 800%.

This makes Veritas Farm a definite leader in the cannabis market in terms of profits growth over the last year.

DISCLAIMER: This article expresses my own ideas and opinions. Any information I have shared are from sources that I believe to be reliable and accurate. I did not receive any financial compensation for writing this post, nor do I own any shares in any company I’ve mentioned. I encourage any reader to do their own diligent research first before making any investment decisions.